Russian vaccine Sputnik-V gets permission for emergency use in Nepal 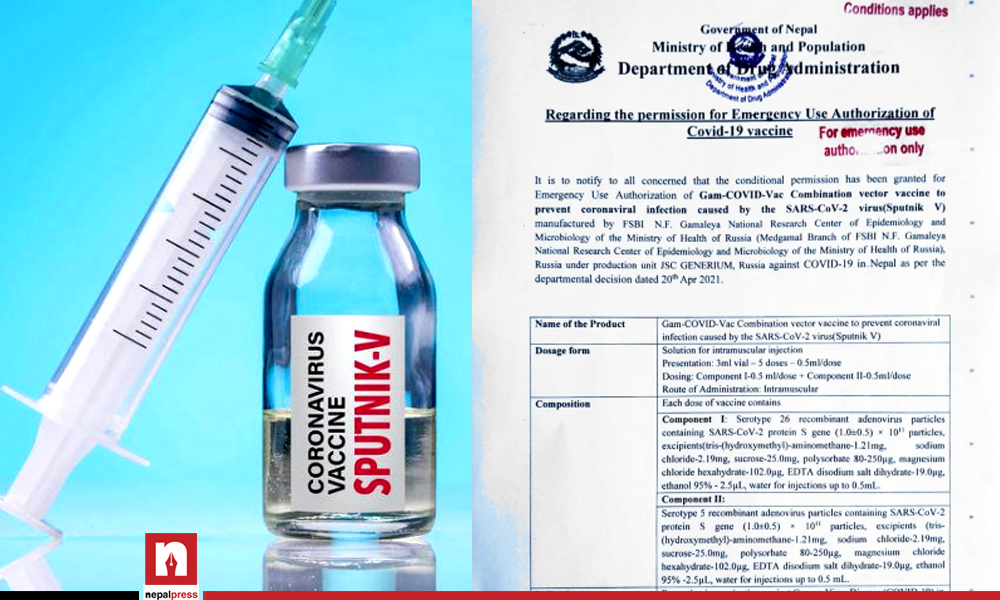 KATHMANDU: Nepal has given permission for emergency use of the Sputnik-V vaccine against COVID-19 developed in Russia. The Department of Drug Administration on Tuesday gave conditional permission for the Russian vaccine.

Even though Nepal started the vaccination campaign last January, the campaign has been affected due to non-supply of vaccines by India.

“We have allowed the emergency use of the Russian vaccine with conditions,” said Santosh KC, Spokesman for the department.

The government has only allowed the Covishield (AstraZeneca) vaccine produced by the Serum Institute in India, the Vero Cell vaccine developed by the Chinese company Sinopharm and the Co-Vax of Bharat Biotech for emergency use.

A study published in The Lancet, a health journal, found that the Russian vaccine Sputnik-V was safe and about 92 percent effective against COVID-19.

The Russian vaccine, which can be stored at a temperature of two to eight degrees Celsius, is considered to be useful for countries like Nepal with low cold storage capacity.

Earlier, it was reported that Russia would provide 25 million doses of Sputnik-V vaccine to Nepal. The Russian Foreign Ministry had mentioned that there had been an agreement to provide vaccines to Nepal.