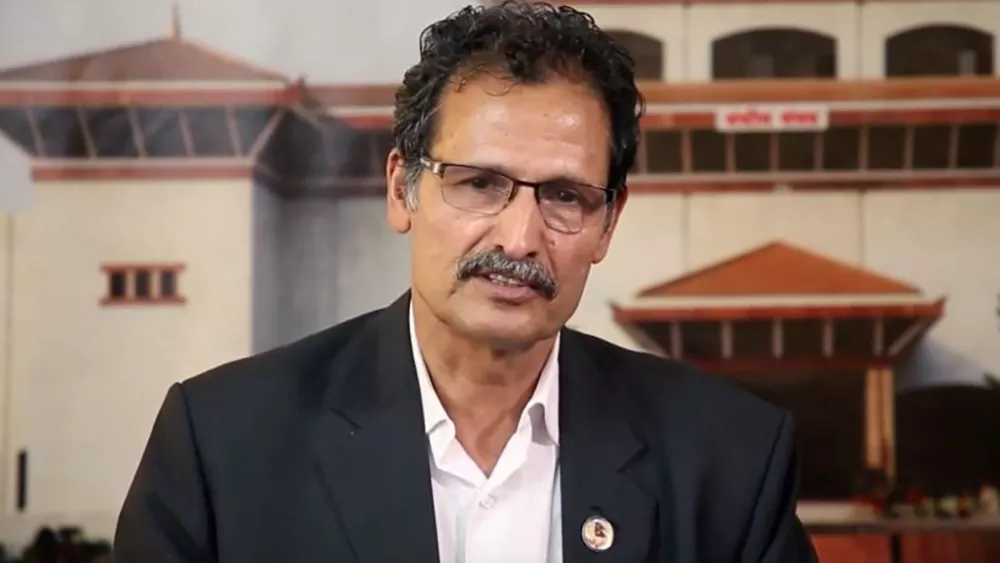 KATHMANDU: The long-running conflict case against Speaker Agni Prasad Sapkota has reached the constitutional bench of the Supreme Court.

The bench, headed by Chief Justice Cholendra Shamsher Jabara, comprises Justices Deepak Kumar Karki, Meera Khadka, Harikrishna Karki and Ishwar Prasad Khatiwada. It is unknown at this time if the hearing will be held today as there are many pending cases above this.

The case, for which hearings have been scheduled repeatedly before, has been placed in the regular hearings of the Supreme Court today.

A case was filed against Sapkota in 2068 BS saying that he was the main culprit in the murder of Arjun Lama of Kavre who was abducted and killed during the Maoist war.

A bench of then-judges Sushila Karki and Omprakash Mishra commanded that this case be handled by the constitutional bench. There are three cases against Sapkota in the bench.

Expressing dissatisfaction over the decision to appoint Sapkota as the Speaker, the President’s political affairs expert Sushil Pyakurel had resigned.

Advocate Dinesh Tripathi had filed a case demanding not to appoint Sapkota as the Speaker. However, Sapkota was elected Speaker before the decision on this case was taken.

After Sapkota became the Speaker, a single bench of Justice Sapana Pradhan Malla refused to issue an interim order saying the accused would not be considered guilty until proven guilty.

However, the court noted that Sapkota was guided by his own discretion on the moral issues raised over the accused and the conflict of interest that could arise when he takes over the responsibilities of Speaker and member of the Constitutional Council.

Sapkota, on the other hand, said that the issue belonged to a period of conflict and should be looked into through the Truth and Reconciliation Commission.

There is constant international interest in the case against Sapkota. Ambassadors of western countries boycotted a program he attended as soon as he became Forest Minister. In 2010, Australia and the United States refused to issue him a visa, citing serious human rights abuses against Sapkota.

The International Commission of Jurists (ICJ), Amnesty International, Human Rights Watch and Trial International issued a statement expressing dissatisfaction with his appointment. They called on the government to adhere to the commitments made in the international arena on issues of conflict.

There were protests when Sapkota was appointed as the Minister of Information and Communication in April 2011. The Office of the United Nations High Commissioner for Human Rights issued a statement expressing concern over the appointment of the Speaker.

The High Commissioner’s Office said that it was the responsibility of the state to acquit the person concerned through a thorough investigation of the complaints received before appointing him to any high public office.