Looking back at today in world history

Victory celebration in Jitgadhi remembering defeat of British 200 years ago

RUPANDEHI: Today is the 7th of Baishakh. This day has a special significance in history. The conquest of Jitgadhi fort on 7th Baishakh 1872 BS greatly helped Nepal to never be under anyone’s rule. The Nepal Army had attacked the then British army at Jitgadhi in Butwal Sub-Metropolitan City-1 of Rupandehi.

The British (East India Company) government was spread in almost all the countries of the world. They ruled India for hundreds of years. At the same time, the British army had set its eyes on Nepal and attacked many parts of the country, including Jitgadhi in Butwal. In this historic fort, the Nepal Army led by the then Colonel Ujir Singh defeated the modern army of the British government.

In the battle of 7th Baishakh 1872 BS in Jitgadhi, the British ruler became frightened with Nepal and moved towards an agreement instead of war. 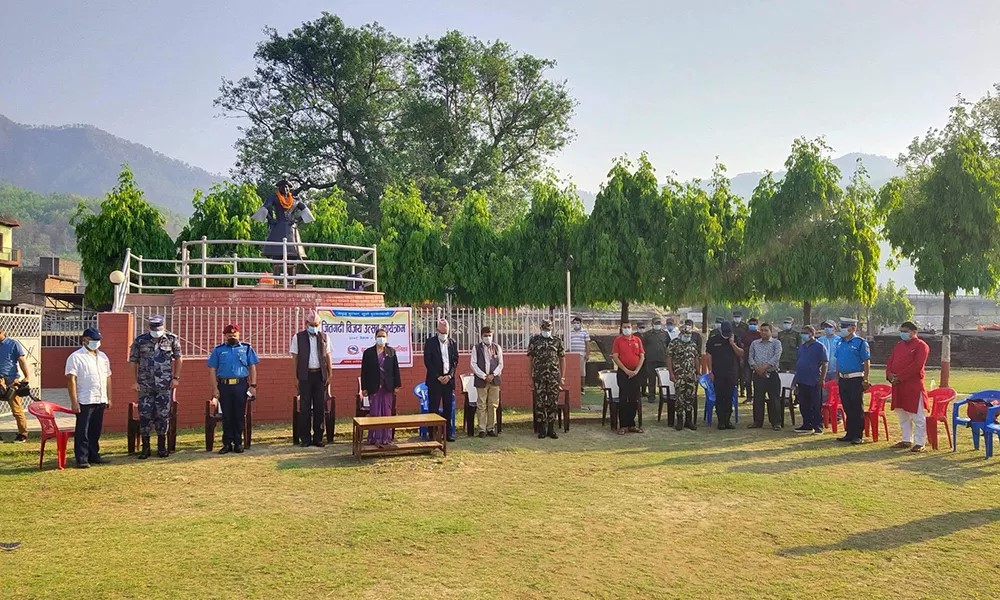 Shivraj Subedi, Chief of the sub-metropolis, said that the work was carried out as per the master plan with an artistic gate in Jitgadhi giving a glimpse of the era, a full-length statue of Colonel Ujir Singh in uniform and a half-length statue of 12 commanders of the Nepal Army who fought with him. He said that the excavated tunnel was being conserved.

Deputy Chief Goma Devi Acharya said that the Butwal sub-metropolitan has made a master plan to protect the historical fort and the work as per the master plan is in full swing now. In order to convey the importance and dignity of Jitgadhi to the new generation, Butwal has also included this subject in the local curriculum.

Chief Subedi informed that a master plan has been formulated to connect Jitgadhi as a base area of ​​the tourist circuit of Greater Butwal, a historical center of Nepali heroism and to connect the surrounding areas of historical, archeological, religious and cultural significance in a single circuit.

At the very beginning of the campaign for the unification of Nepal (from 1743), a border dispute arose between the British and Nepal. In 1744, Nepali delegates reached Calcutta, the then capital of the British, to resolve the dispute, but the dispute could not be resolved. After the British took over the Maratha state of India in 1804, they moved towards Nepal.

After the appointment of Ujir Singh Thapa, 20, grandson of Amar Singh Thapa (Sana) as Colonel, Nepal fought and won a decisive battle with the British under his leadership. Butwal sub-metropolitan city has been celebrating Victory Day to commemorate the victory of the Nepal Army led by Colonel Ujir Singh Thapa over the British Army on 7th Baisakh, 1872 BS.

After the merging of the state of Palpa during the unification of Nepal in 1804 BS, Nepal’s borders were extended to Awadh. The Rajkhalaks and Bhardars who had fled from Palpa wanted to take over Palpa. That is why the relationship between Nepal and the British had deteriorated, which eventually turned into war. 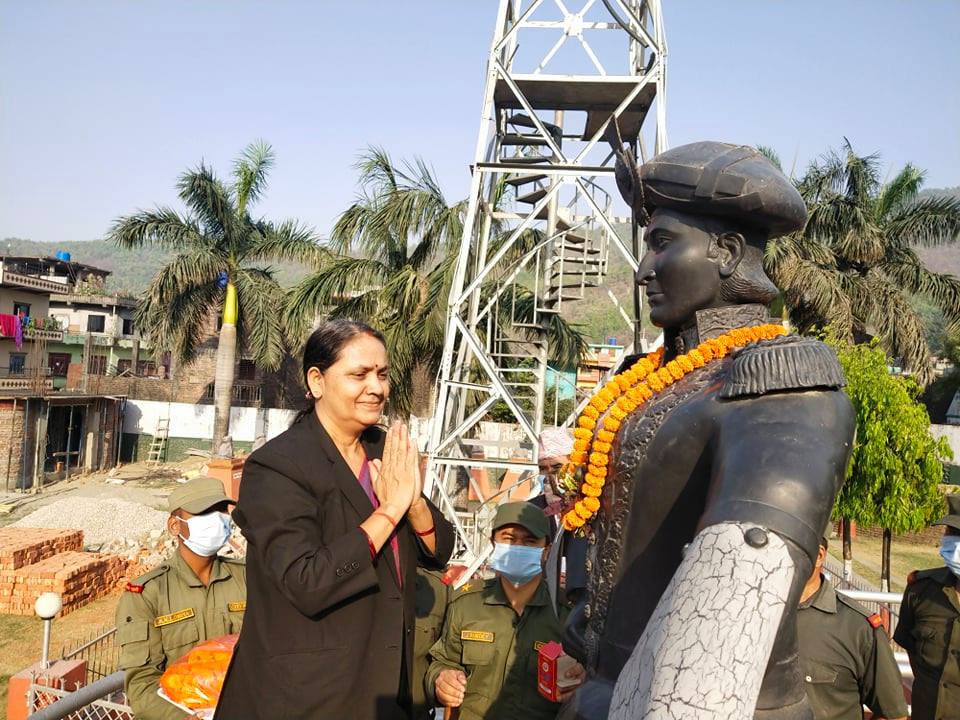 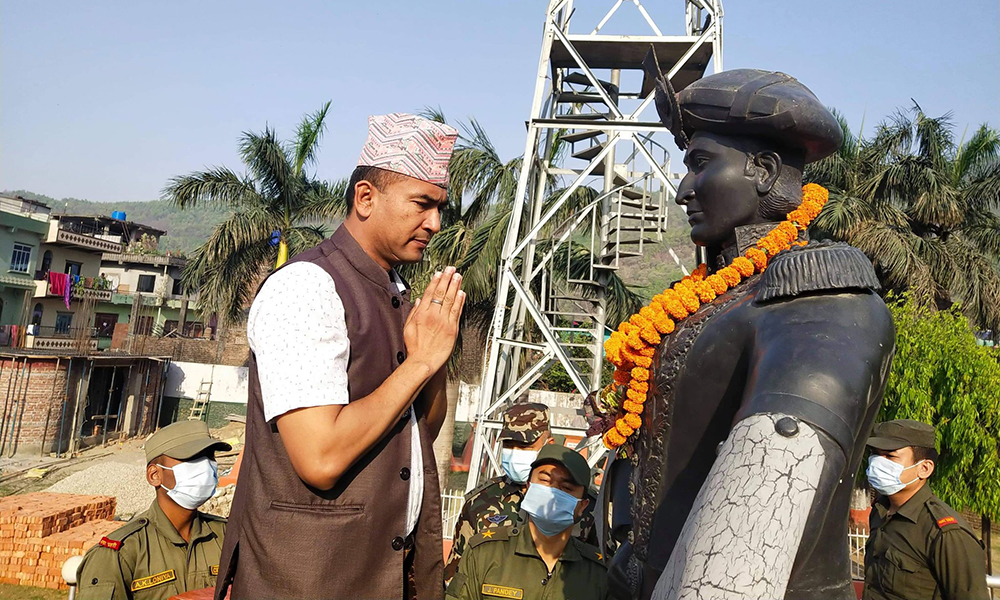 Plan of the sub-metropolis

Stating that the sub-metropolis is serious about conserving, promoting and utilizing Jitgadhi fort as it is connected with world history, Chief Subedi said that Jitgadhi would be the major area of ​​tourism and history of the region. “The British, who have been conquering the whole world, had to lose in Nepal. British children will come to see this place,” said Chief Subedi. “The tourism sector, which is the basis of prosperity, should be developed accordingly.”

The structures including the covered hall and ward office near Jitgadhi fort have been removed while other structures will be removed gradually. 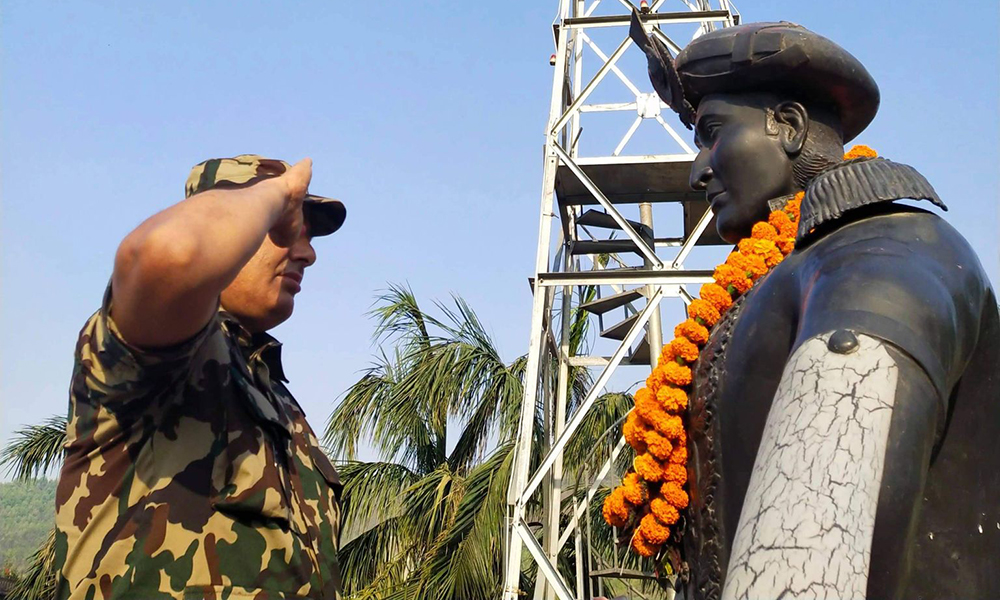 Cooperation with the Nepal Army

The Nepal Army is currently cooperating in the Jitgadhi Master Plan made by Butwal sub-metropolis, and statues of various army officials are being constructed. Spokesperson of the sub-metropolis Ram Prasad Regmi said that a surrounding reflecting the identity of that era is being created in the fort area and cooperation with the army is continuing. According to the master plan, various structures are being constructed in the first phase. Chief Administrative Officer Chakrapani Sharma informed that the construction work of Jitgadhi Batauli War Museum is underway.

Construction of cable cars from near Jitgadhi to Nuwakot Gadhi has started with the investment of the private sector while water tourism is being planned in Tinau.

There are plans to build a wall around the fort to make museums, parks, monuments, old Butwal a cultural city and a night market on the banks of the Tinau.