Are children safer at school or at home?

As per the decision of the government, schools in Kathmandu, Lalitpur, Bhaktapur, Banepa, Dhulikhel and other big cities and district headquarters have been closed from today. Although the government has said that the closed schools should move the teaching process into virtual classrooms, school administrators themselves are not convinced of the effectiveness.

Education Minister Krishna Gopal Shrestha had said in a program on Sunday, “Children are safer in school than at home. Everything outside the school is normal. Parents go to their offices while children are at home. Will they stay indoors without going out to play?”

However, the day after the Minister made this statement, the cabinet decided to close schools in 14 districts. Defending the decision of the cabinet, Minister Shrestha said that the decision was taken as a new variant of coronavirus was found in major cities of the country and infections among the school-going age group was on the rise.

The Ministry of Education was not in favor of closing down schools. The school management organizations had also suggested the Ministry to keep the schools running smoothly, saying that the academic session would be heavily disrupted otherwise. However, the Ministry of Health had recommended earlier that schools be closed to protect children from the risk of COVID-19.

Under pressure from the Ministry of Health, the CCMC decided to recommend to the Council of Ministers to close down schools. There is no education minister in the CCMC, which is represented by the Health Minister. Health Minister Hridayesh Tripathi had also convinced Prime Minister KP Sharma Oli that schools should be closed. Therefore, Education Minister Shrestha abandoned his stand in the cabinet meeting.

School administrators are dissatisfied with the government’s decision. They had been advising the government not to close educational institutions. They have also been saying, like Minister Shrestha, that children are safer at school than at home.

Tikaram Puri, President of the Private and Boarding Schools Organization Nepal (PABSON), said the closure of the school would increase the risk of coronavirus infection among students. He said that students would be safe if the schools are run by fulfilling all the health related safety standards.

“Students obey teachers more than their parents. It is possible to teach in two shifts with a smaller number of students present. Students are more unsafe at home. When they don’t go to school, they will gather in crowds. They will eat whatever they can find. The rate of COVID will increase further,” said Chairman Puri.

He estimates that the decision to close schools was taken due to public pressure even though the government was not in the mentality to do so.

“The government had given decision rights to the municipalities. The education minister himself used to say that children are safer when they go to school,” he says, “but there was a lot of pressure from the public to close schools.”

Rituraj Sapkota, President of National Private and Boarding School Organization (NPABSON), also disagreed that the risk of COVID would be reduced by closing schools. He argues that keeping students below Grade 6 at home and sending the rest of the students to school will reduce the risk.

“Students do not stay at home even though the school is closed. They go out with friends. That increases the risk of infection,” he says.

Lok Bahadur Bhandari, General Secretary of the Higher Secondary School Association (HISSAN), said that the students had psychological problems when the school was closed for a long time after the first lockdown. He is worried that the problem may recur.

“Children are not very active and energetic. Instead, schools could be operated by adopting health standards. They should not have been closed,” he says.

Argument of Education Experts: Schools have to be closed

Educationists, on the other hand, say that in terms of health protection, it would be appropriate to close schools and emphasize virtual learning. They argue that there is no alternative to closing schools as the new variant is said to have a huge impact on children.

Educationist Bal Chandra Luintel says, “If infection is seen in schools, it can spread to a thousand or two thousand at a time. There are cases of teachers’ entire family being infected. The risk increased because children went to school.”

He urged the private school administrators to listen to the advice of public health experts.

“This will definitely affect the academic session. But friends who do business on children also have to take care of their health. Classroom accommodation has not changed. The seat arrangement is the same. They say the risk increases when schools are closed. But where are spaces for children to play outdoors? Public health standards are to stop mass gatherings. This is a time for all of us to compromise,” he said.

How effective are virtual classrooms?

In the previous lockdown, schools were completely closed for nine months. At that time, schools practiced virtual and alternative classes, which did not seem to be very effective.

PABSON Chairperson Puri says that even 10 percent of community school students are not part of the virtual class. He also said that more than 50 percent students of private schools do not have access to virtual classrooms.

“It has already been seen that virtual classes cannot be effective in Nepal,” he said.

HISSAN Secretary General Bhandari also said that the virtual practice did not seem to be practical.

“This is something we have done before. It is not practical. When students attend online classes, they are not as active as in physical classes,” he says.

Sapkota, Chairperson of NPABSON, recounts the experience of having to repeat the subjects taught through virtual medium after schools reopened.

“It only engaged the children a little. That education made no sense,” he says.

He is also worried that the academic session will be disrupted when schools are closed.

“Students need to be given assignments and called to the schools at different times for submission and correction. Otherwise, the academic session will be heavily disrupted,” he says.

Responsibility of the local level

At present, school level educational institutions are under the responsibility of the local level. The local level also thought that schools could be run by following the standards of health.

Ashok Byanju, Head of the Nepal Municipal Association and Mayor of Dhulikhel Municipality, says, “Schools should have been allowed to remain open by adopting public health standards. They should not have been closed. One year of the students has already been wasted. Exams are now coming. We have to look for possible alternatives.”

He said that the local levels would take the initiative to conduct teaching learning through television, radio and online platforms as much as possible.

Krishna Thapa, President of the Federation of Community School Management Committee, stressed on the need to find an alternative to physical learning before the government closed down the schools.

“One document cannot close down everything. It is easy to publish a notice. The future of students should also be considered,” he says, “The government should create a basic curriculum for learning through alternatives.”

He emphasizes that the ‘Alternative Learning Guideline 2077’ should be made 078 with some modifications to maintain learning through virtual methods.

He argues that in order to make learning effective, groups can be formed among parents, Wi-Fi can be installed in communities and thus virtual classrooms can be made reliable and technological.

Luintel, an Educationist, says that teachers should use online platforms wherever available and cooperate with parents where online classes are not accessible. 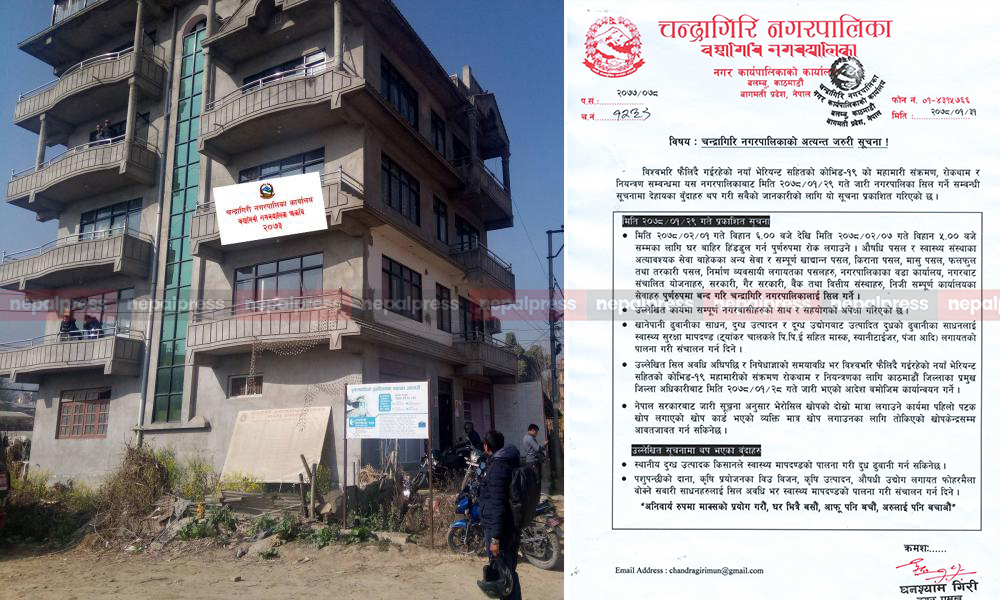 Chandragiri Municipality sealed from today to May 21 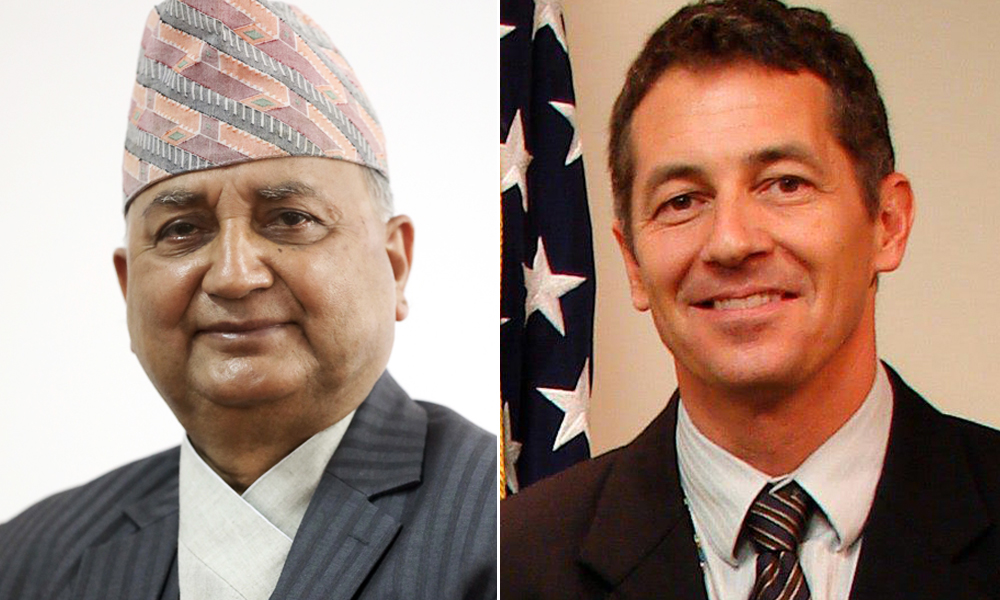 Conversation between Deputy Prime Minister and Ambassador Berry: US to supply healthcare items to Nepal from next week