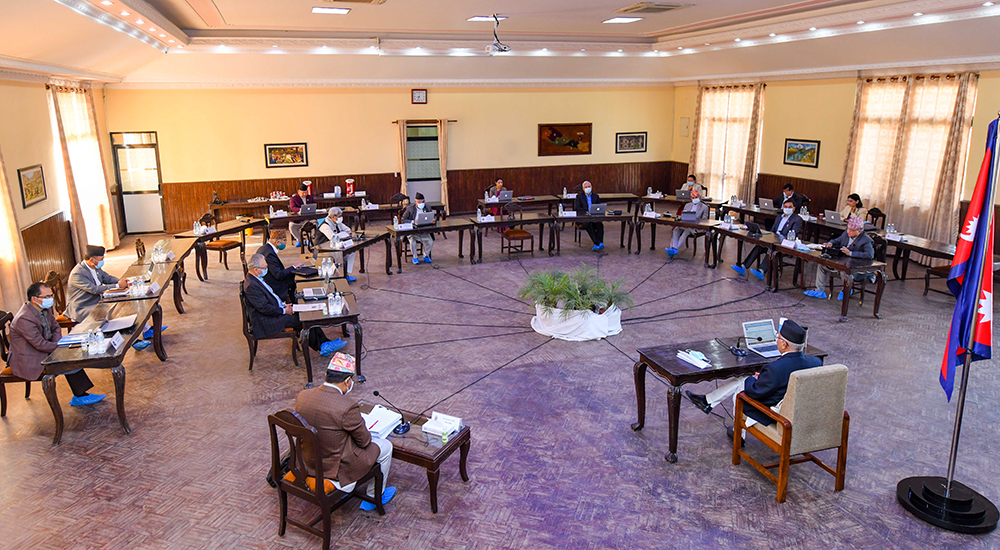 KATHMANDU: The cabinet meeting held on Monday has decided to shift teaching-learning into online platforms by closing down physical classes in crowded areas where it is not possible to implement public health standards.

Minister for Education Krishna Gopal Shrestha informed Nepal Press that it has been decided to conduct virtual or alternative teaching-learning methods, experimental classes of medical education and pre-determined examinations by mid-April.

Minister Shrestha said that the decision was taken as a new variant of coronavirus was found in major cities of the country and the school-going age group was becoming more and more infected. The Council of Ministers has not made any decision regarding the SEE examination.

The government has also passed an order to prevent and control the second wave of the COVID-19 pandemic with a new variant.

Minister Shrestha said that the educational institutions would be closed as recommended by the DCCMCs in the district. He said that teaching learning and examinations through alternative means will not be stopped so as not to jeopardize the future of the students.

Which sectors are being closed?

The government has decided to suspend gatherings of political parties throughout mid-April to mid-May. Government Spokesperson Parbat Gurung will provide detailed 27-point information about the closed areas through a Press Conference today.

It has also been decided to hold only daily worship rituals in temples and mosques. Minister for Education Krishna Gopal Shrestha said that the decision of the Council of Ministers will be implemented from today.