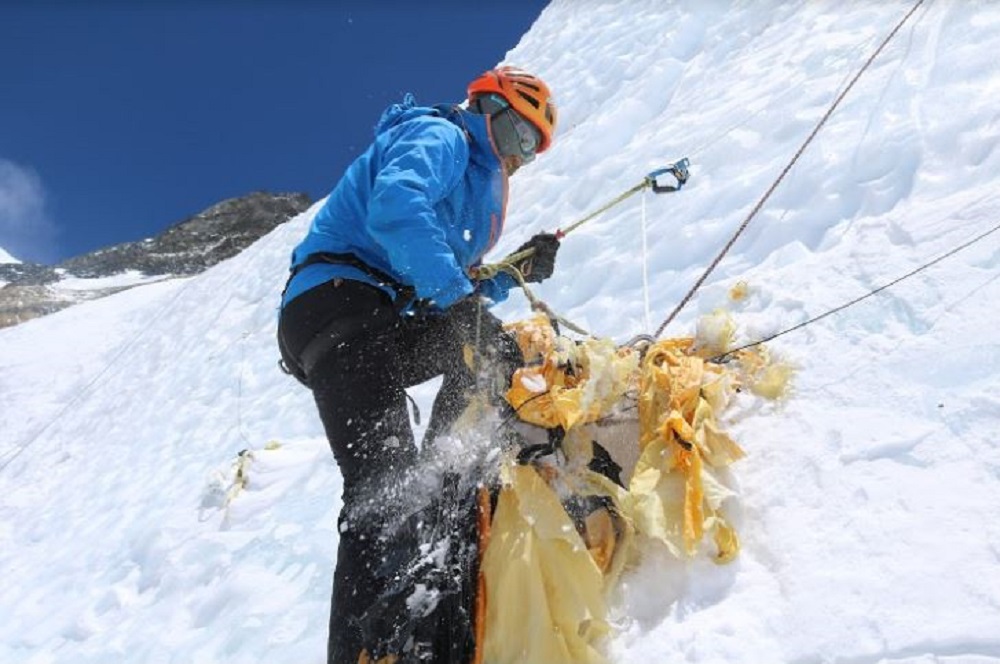 ITAHARI: The Nepal Army is set to carry out a clean-up campaign in the high mountain peaks of Nepal. The Nepal Army has taken the lead in cleaning the mountains through a campaign called ‘Safa Himal 2021’. The army is spearheading the clean-up with the slogan ‘Save the Himalayas for the Future’.

The army has taken the lead in cleaning the mountains in collaboration with the Himalayan Rescue Association, Expedition Operators Association, Nepal Mountaineering Association and others. The army will clean up six mountains in Nepal simultaneously. The mountains include Everest, Lhotse, Pumori, Amadablam, Makalu and Dhaulagiri. 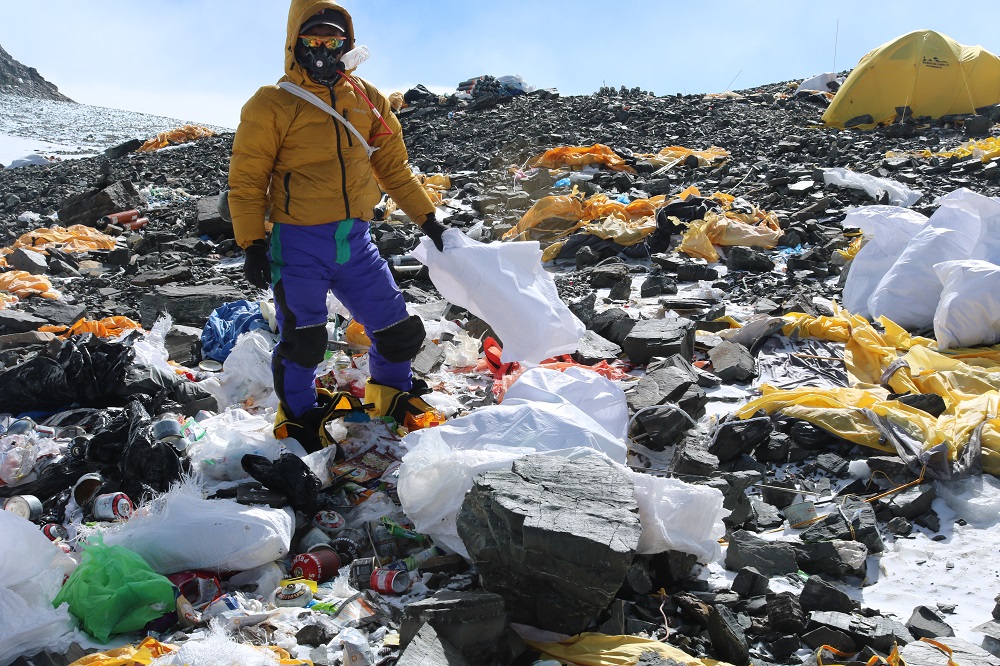 The Nepal Army has informed that the cleaning campaign will be carried out in the style of mountaineering. Accordingly, the banner was handed over to the ascending team on 13th April and will end by handing over non-perishable waste to a recycling organization on 5th June, the World Environment Day.

Aditya Karki, Coordinator of the ‘Safa Himal’ campaign, said that the Ministry of Forest and Environment, Department of Tourism, Department of National Parks and Wildlife Conservation, Nepal Tourism Board, Khumbu Pahang Lhamu Municipality, Makalu Barun Municipality and Thasang Municipality will also cooperate in the clean-up campaign.

The army had made public the ‘Safa Himal’ campaign through a Press Conference on 18th February. Brigadier General Himanshu Khadka, Director, Directorate of National Parks and Wildlife Sanctuary and Aditya Karki, Safa Himal Coordinating Officer also addressed the program. “The campaign will help mitigate the effects of global warming, which is a global challenge, to some extent,” said Brigadier Khadka, addressing the program, “”At the same time, we are hopeful that this campaign will be successful in contributing to the sustainable conservation of the mountains by supporting tourism and mountaineering.” 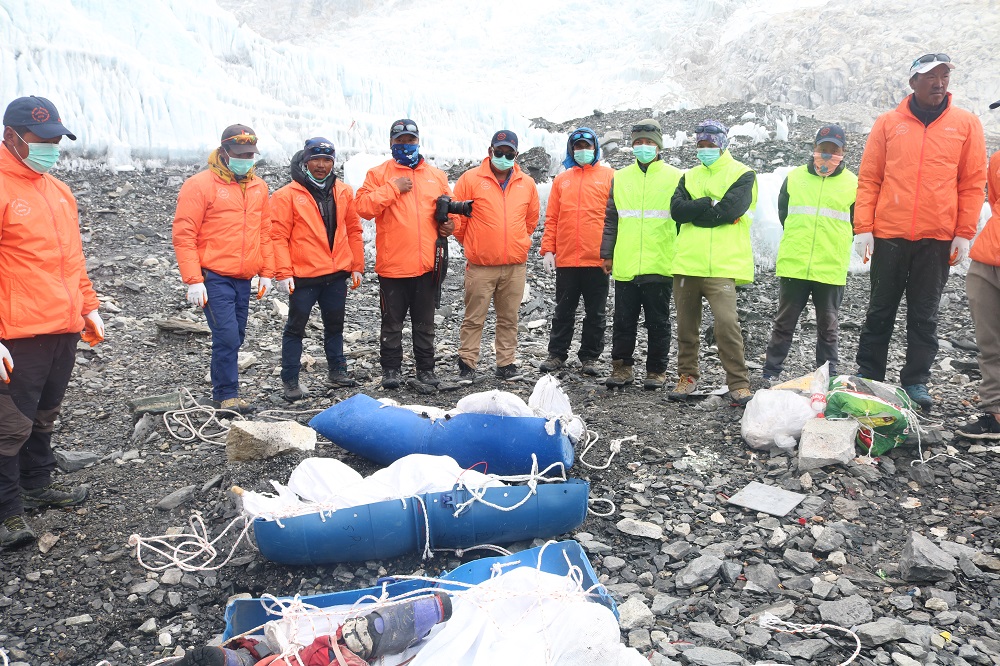 The army has said that the collected waste will be handed over to an environmental organization working on reusing and recycling.

According to the army, the garbage collected after clearing the six mountains will be transported by air to Namche of Khumbu region, Nun of Makalu region and Jomsom of Dhaulagiri region and will be taken to Kathmandu via road.

The military says it has launched this campaign to promote sustainable development and mountaineering, and help combat climate change.

The army has been active in preparing for the mountain clean-up campaign. Recently, those involved in the cleaning of the Nepal Army visited Mustang for rehearsals. The team has undergone training at Nepal Army High Altitude and Mountain Warfare School, Jomsom. Soldiers are participating in the training taking place in the lap of the mountains.

43 and 69 Sherpa allies of the Nepal Army will participate in the Safa Himal campaign. According to the army, 26 out of 43 soldiers will be active in the ascent and the rest will provide other technical assistance. Major Karki, the Coordinating Officer said that all 26 soldiers have experience with mountaineering at the altitude of 6,000 meters.

According to Karki, seven of the 26-member group have already completed the Mt. Everest ascent before.

This is the army’s third major mountain cleaning campaign, leading six mountain clean-up operations at the same time. Prior to this, the Nepal Army had cleaned mountains in 2013 and 2019. 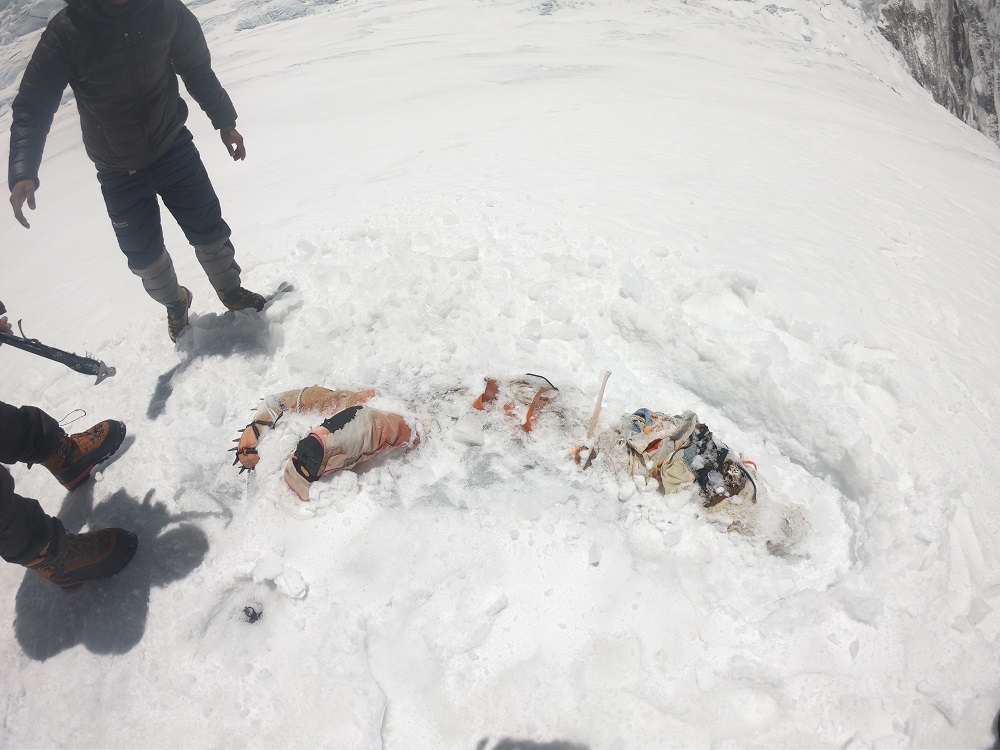 According to Aditya Karki, Coordinator of Safa Himal campaign, 4 tons of garbage was collected by the Nepal Army in 2013 and 10 tons were collected in 2019.

Both these expeditions focused on Mount Everest.

The math of mountain cleaning and garbage collection