Impact of COVID-19 on the business sector

Glimpse of lockdown in night businesses, silence in the market even at 9 PM 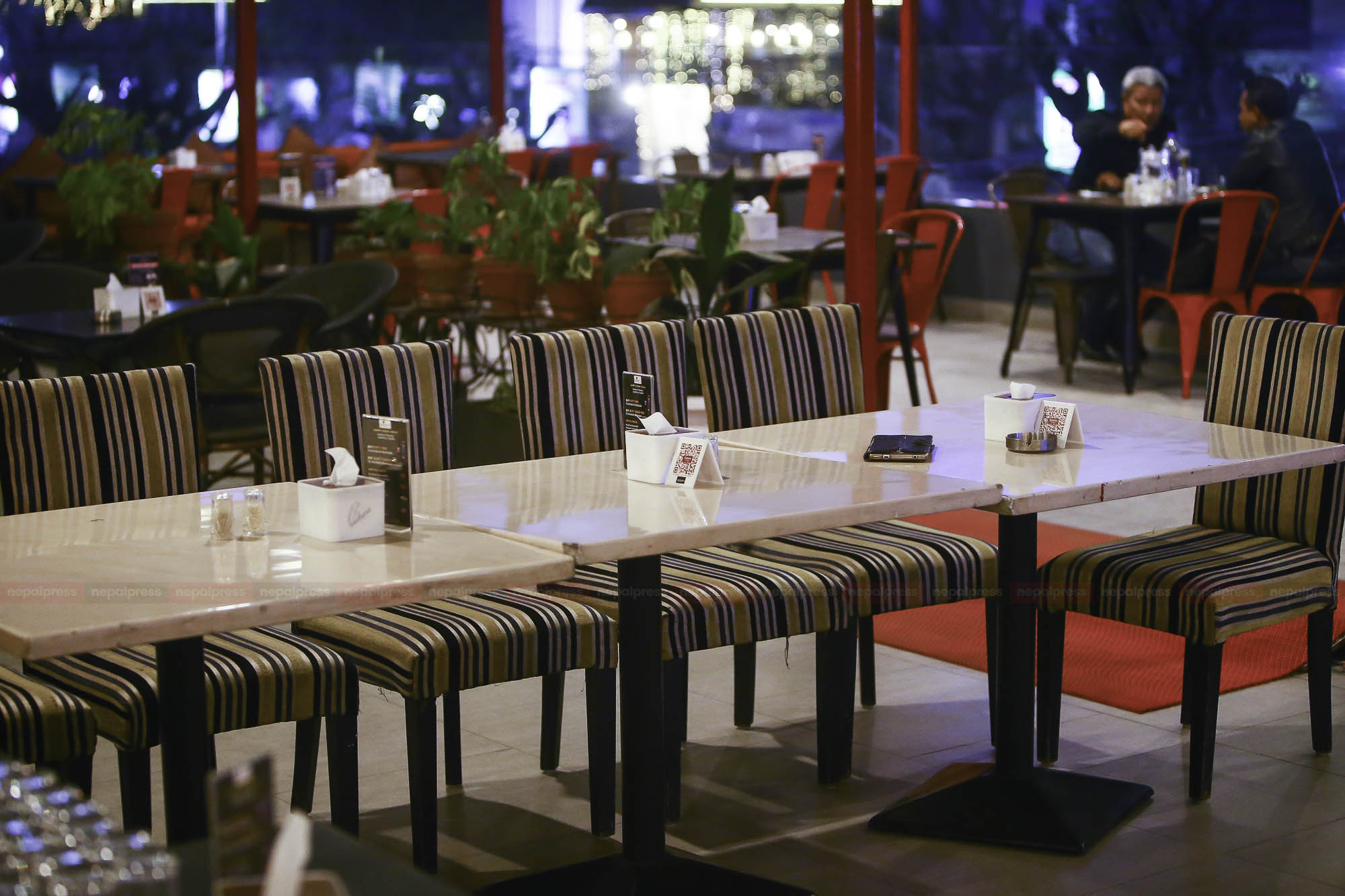 KATHMANDU: Stating that the new variant of COVID could spread in Nepal, the government has been engaging in various strategies and has made night businesses its first target.

A notice has been issued requesting not to operate night businesses after 9 PM even though no strict order has been given yet.

The bustle in the night market begins only after 9 PM. However, after the notice released by the Ministry of Health, direct effects have started to be seen in the market. Thamel, Durbar Marg and New Road, now known as night business centers, have become deserted after 9 PM.

Areas like Durbar Marg, Thamel, New Road are more bustling at night than during the day. However, by the time the Nepal Press team arrived at 8:30 PM, the bustle had begun to subside. The atmosphere there gave the glimpse of a lockdown. There were no customers in the shops. Restaurants, clubs and Dohori evenings were also sullen in the wait for service recipients.

Entrepreneurs said that customers who would go out for refreshments and dinner also have also started returning home between 8:30 PM and 9:00 PM. Thermal guns measured temperatures at the entrances to restaurants, clubs and Dohori evenings.

It is seen that the number of customers has decreased after the government instructed to close night business at Durbar Marg after 9 PM. The lights placed on trees along the roads are also extinguished at 9:30 AM.

Entrepreneurs who had been hoping for a boom in the new year have become disappointed. They said they were in trouble when the government ordered them to close after 9 PM. They said that even though the police did not force them to stop, customers did not come after the government spread terror.

Kumar Gurung, Manager of the King’s Lounge in Durbar Marg and Coordinator of the Durbar Marg Entrepreneurs’ Association, said that the government had not given any relief to the businessmen affected by the nine-month-long lockdown.

“We should not talk about foreign countries,” he said. “Rumors have been circulating that because foreign countries have gone into lockdown, the same will happen in Nepal. What is this perception of the Ministry of Health that COVID will spread after 9 PM and not before that?”

The businessmen say that if they are knocked down again, they will never be able to revive. As the businessmen do not even have the capacity to pay the interest on loans, they demand that the government should take responsibility for this.

“If our businesses become closed again, night traders have no choice but to protest even with tables, spoons and plates,” said Gurung.

“We have started planning how to move forward against the government’s decision,” he said.

Earlier, millions of people across the country had lost their jobs due to the nine-month-long lockdown. Many of them have returned to work but some are still unemployed. Many businessmen say that they will lose their jobs in the long run if a lockdown is issued again.

Gurung said, “What will the government give to those who have lost their jobs whose night businesses are closed? Earlier, the government had given 9/10 kg of rice for nine months. Is that rice enough to eat for 9 months? What will the situation be if a lockdown is imposed again?”

He said that the government is now obstructing the operation of night businesses even if health and safety standards are being followed.

“People are walking around all day long, political parties are allowed to gather thousands. What kind of instruction is closing businesses after 9 PM?” he said.

Reban Kumar Chhetri, Food and Beverage Manager of Opium Restaurant and Bar at Durbar Marg, said that the nine-month-long lockdown has caused a big loss to the tourism sector. He said that night-time businesses, which were crawling after the lockdown, would return to the same condition.

Chhetri said, “As the number of customers in the restaurant started increasing, I was increasing the number of employees from 20 to 40, but rumors of another lockdown have put businesses in trouble. Our upcoming days will be spent just thinking about how to move forward.”

He hoped to be able to return to business after the lockdown but the rumors of a lockdown killed that hope, he said.

Entrepreneurs are worried because the Ministry of Health has asked them to close night businesses from 9 PM and also due to the Prime Minister’s warning the following day that a lockdown may be imposed.

“After the lockdown was lifted, the businesses that were initially operating at 20 percent were starting to expand. The attraction of customers was also increasing. But now rumors of a lockdown have caused problems in businesses again. Customers have stopped coming to the restaurant in the evening saying that it will be closed,” he said.