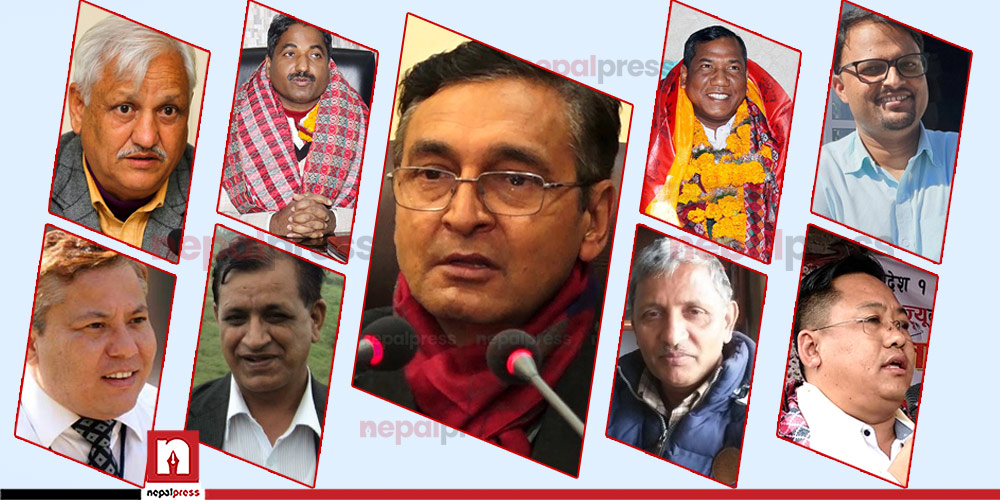 KATHMANDU: The UCPN (M) lawmakers who sided with KP Oli, who has been politically divided but legally the same since December 20, hardly thought they would lose their seat with two years left in his term.

Most of those who left the UCPN (M) during the CPN split did not support Oli even after the Supreme Court’s decision to revive the UML-Maoists. As a result, they are losing their parliamentary seats.

On 7th March, the Supreme Court ruled that the name of the CPN ( should be Rishi Kattel and changed it to UML and UCPN (M). That evening, Oli called the Maoist leaders, including Ram Bahadur Thapa Badal, and asked, “What are you going to do now?”

In response, they said, “We have supported you on the basis of ideas. We know that our position is in crisis today. But we will leave the post but will support you.”

Oli had to address those leaders who would not return to the Maoists when their own friends were sitting in Parisdada with Prachanda and telling him to return to the UML and fight against the Oli trend. On 12th March, he nominated 23 Maoist leaders as central members in a meeting without the support of Madhav Nepal.

After becoming a central member of the UML, he was certain to go for the post of MP. The Maoists have also tried hard to bring them back. Among them, Bindaman Bista of Karnali and Bharat Shah of province 2 returned to the UCPN-M.

But Tanka Angbohang of province 1, Jwala Kumari Shah and Ram Chandra Mandal of province 2, Dadhiram Neupane and Dinesh Panthi of Lumbini and Dharmaraj Regmi of Karnali and Jhapat Bohora of Far West were ready to give up their seats. They did not want to leave  KP Oli.

The posts of current ministers Top Bahadur Rayamajhi, Lekhraj Bhatt, Prabhu Sah and Gauri Shankar Chaudhary is vacant. Elections will be held in all those constituencies within six months.

The UCPN (M) is likely to start the process of removing Home Minister Ram Bahadur Thapa from his post on Friday. Badal, who was once the commander in the Maoist party after Prachanda, Mohan Vaidya and Baburam, is now led by KP Oli.

More importantly, all of the Maoist leaders who supported Oli despite losing their parliamentary seat have commanded their respective constituencies during the People’s War, except for Jhapat Bohora.

Along with Badal, Lekhraj and Top Bahadur were the command in-charges during the People’s War, while Prabhu Sah was also the commander of his area. Gaurishankar was the army commander while Tanka Angbuhang was the commissar of Limbuwan. Dadhiram Subedi and Dinesh Panthi are also leaders who commanded the district during that period.

After the CPN unification was ousted from the court, none of the UML leaders and cadres joined the Maoists. Madhav Nepal has kept his group with him, but some MPs and leaders and activists have left him to be on KP Oli’s side. But the cadres of both the UML groups did not turn to Prachanda.

Prachanda, on the other hand, lost many of his wartime commanders and leaders and cadres when he returned to the Maoist centre from the CPN. Badal, Top Bahadur, Lekhraj and Mani Thapa of the Standing Committee joined Oli.

Tank Angbuhang, Kamal Chaulagai, Jwalakumari Shah, Ram Chandra Mandal, Bishamlal Adhikari Danuwar, Pasang Sherpa, Sri Prasad Jagebu, Lil Bahadur Thapa, Niru Darlami Kunwar and others of the Central Committee did not return to the UCPN (M). A group of ex-combatants also did not return with Prachanda. Thapa says that work is being done to organize them all.