New government may not be formed, we may have to go for election: Deuba 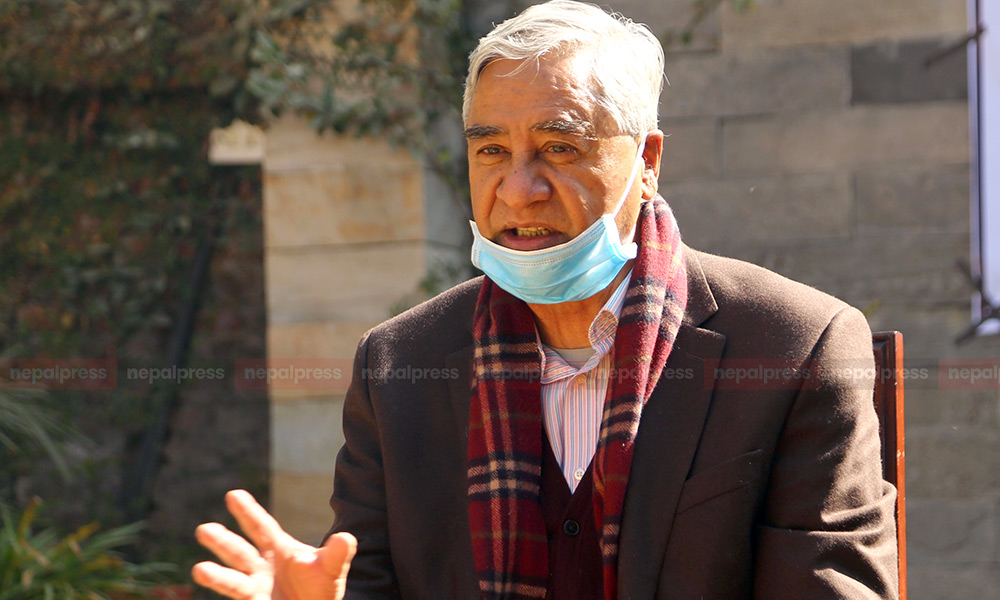 Deuba said that even though he proposed Prachanda to become the prime minister immediately after the general election, it was Prachanda who handed over power to Oli saying it was leftist.

Chairman Deuba said that the meeting could not be convened due to the small number of Congress members in the parliament. Speaking before Deuba, senior Congress leader Ram Chandra Poudel said that a suitable alternative should be given for the formation of a new government.

We have to form a new government, we have to be liberal. We have to move forward as per the consensus, ”said Poudel. Dissatisfied with Poudel’s statement, Chairman Deuba said that he was not in the game of power.

Thanking the party for its decision to form a Congress-led government, Deuba said it is not mandatory for him to be the Prime Minister. “I have called a meeting today. If a new government is formed, that’s fine. Even if not, an election is the right choice. There may be an obligation to go to the polls. We have to be ready for that, ”said Deuba.