Issues arise in import of goods from China, traders from Sindhupalchowk only allowed to enter 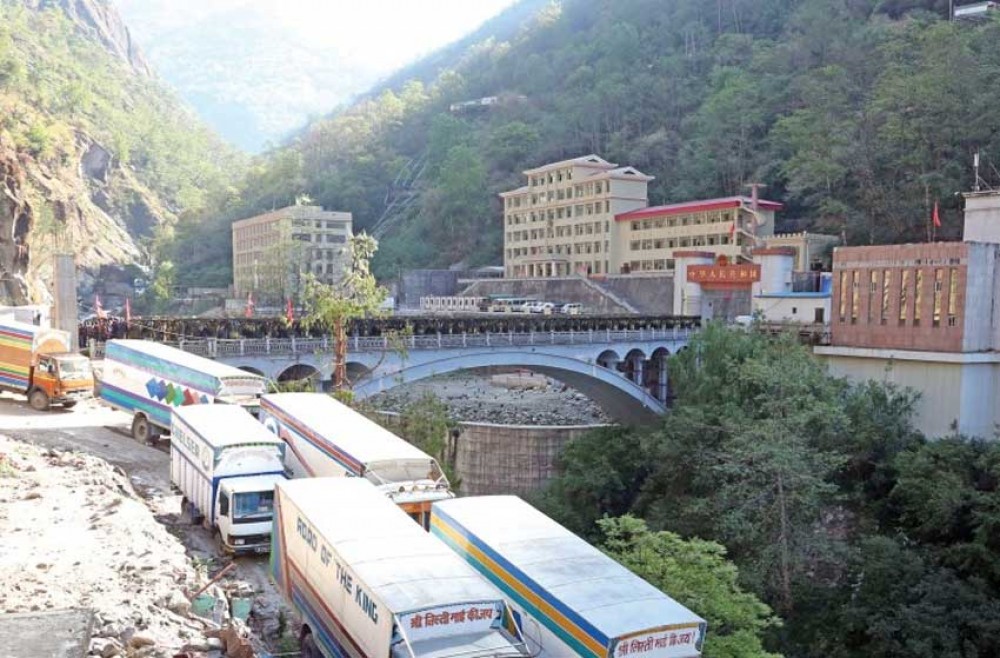 KATHMANDU: Export trade between Nepal and China, which is returning to normalcy after a nine-month-long lockdown by the government to control COVID, has once again run into problems. Recently, other traders have complained that the businesspeople from Sindhupalchowk have a monopoly on goods exported from China.

According to the traders, those from Sindhupalchowk have made internal arrangements to prevent traders from other places from entering from Kerung and Tatopani. President of the National Federation of Nepali Entrepreneurs Naresh Katuwal said that there were issues in getting visa and sending money for importing goods. He complained that there was a problem due to the provision that those people going to import goods need to be from Sindhupalchowk.

Katawal said, “There is a syndicate of traders from Sindhupalchowk importing goods at Kerung and Tatopani checkpoints on the Chinese side. The setting has been made so that no one but them can enter China.”

He said that the government should take initiative for easy entry of all Nepalis at the checkpoint. He informed them that they are also holding discussions with the Ministry of Foreign Affairs for this.

Entrepreneurs have said that the fare of containers has doubled now as only traders from Sindhupalchowk can bring goods. The rule of having to stay in quarantine for 14 days while importing goods has also caused problems to the traders.

Shishir Ghimire, Information Officer of the Customs Department, said that there was no information about the problem at Kerung and Tatopani checkpoints. “There may be some quarantine issues, but the customs department is not aware of any other problems,” he said.

According to Katuwal, the price of goods imported from China and sold in the Nepali market is increasing. He says that the more problems there are in importing goods, the more the cost will increase and the cost will fall on the consumers.

Clothing, footwear and various raw materials are imported from China. Even during the lockdown, about 1,500 containers of goods brought by Nepali traders from China were stopped at the checkpoint. Currently, those goods have arrived in Nepal.

Traders from New Road, Asan and Sundhara, etc. mostly sell goods imported from China. There is a lot of demand in the Nepali market as goods produced in China are cheaper.