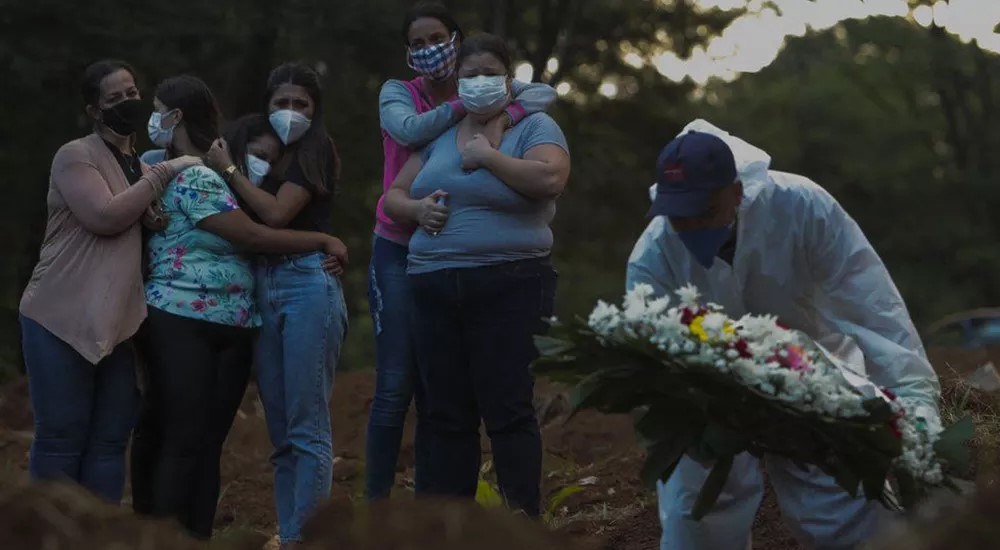 AGENCY: The coronavirus (COVID-19) has killed more than 4,000 people in the South American country of Brazil in the last 24 hours. This is the highest number since the pandemic began. The number of infections of the new type of COVID in Brazil has also risen sharply.

Hospitals across the country have become overcrowded. In some cities, citizens die while awaiting treatment. In such a situation, the country’s health system is on the verge of collapse.

COVID has killed more than 337,000 people in Brazil so far. This is the highest number in the world after the United States. At a time when COVID is destroying the country’s health system and the lives of its citizens, Brazilian President Jair Bolsonaro has not stopped protesting against lockdown.

According to him, the lockdown will have a negative impact on the country’s economic system. The central government has lifted some of the restrictions imposed by the local government with the help of the court.

Speaking to supporters outside the presidential palace on Tuesday, Bolsonaro criticized the quarantine criteria, claiming it would cause psychological problems and unemployment among citizens. However, he did not comment on the deaths of 4,195 civilians in the last 24 hours.