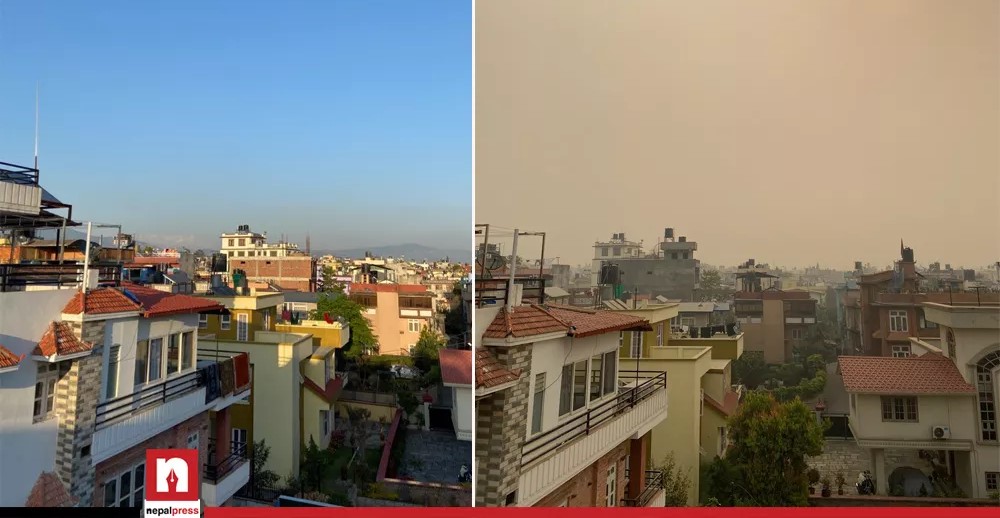 KATHMANDU: The air quality in the entire country including the valley was seen to be fatal even on Tuesday. The sky, including in the capital, is covered by a thick pollution blanket due to the wildfire spread.

The general public has noticed the problem of eyes burning. The air pollution situation has been constant for the past two days and will continue for a few more days, according to the Department of Hydrology and Meteorology.

According to the Air Quality Index (AQI), the Nepali capital ranked first among the world’s most polluted cities on Tuesday. Kathmandu’s AQI has been measured at 313 PM. Lahore of Pakistan, and Dhaka, the capital of Bangladesh, are in second and third place respectively. Delhi is in fourth place.

Nepal ranked 12th in the list of the world’s most polluted countries on Tuesday. Bangladesh is in the first place. 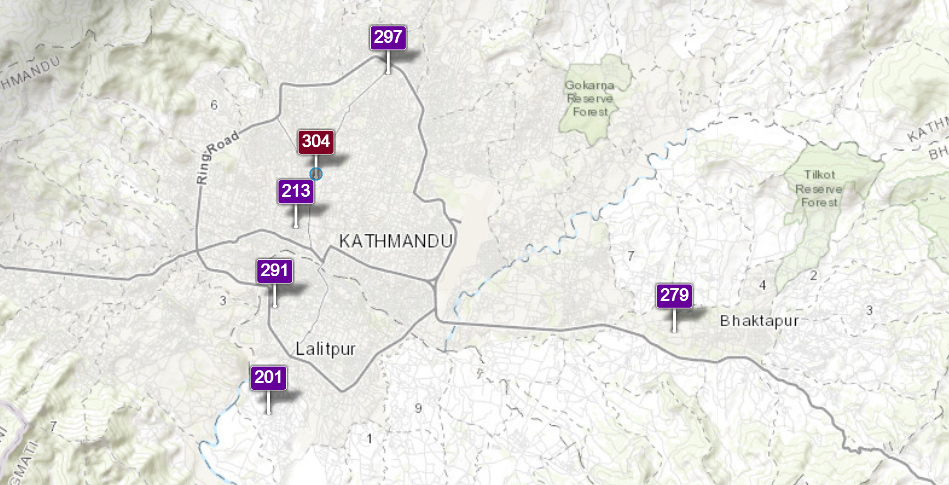 The AQI was measured at 306 PM at Jhamsikhel in Kathmandu and 304 PM at Durbar Marg on Tuesday noon. Ratnapark has an AQI of 213 PM. The US Embassy in Maharajgunj has an AQI of 297 PM.

The US Embassy has called for a reduction in external and physical activity via Twitter. Senior Meteorologist Barun Poudel said that the weather will remain constant for a few days. He said that even if there is sporadic rain in the western hills including Kathmandu Valley, it will not help remove the pollution.