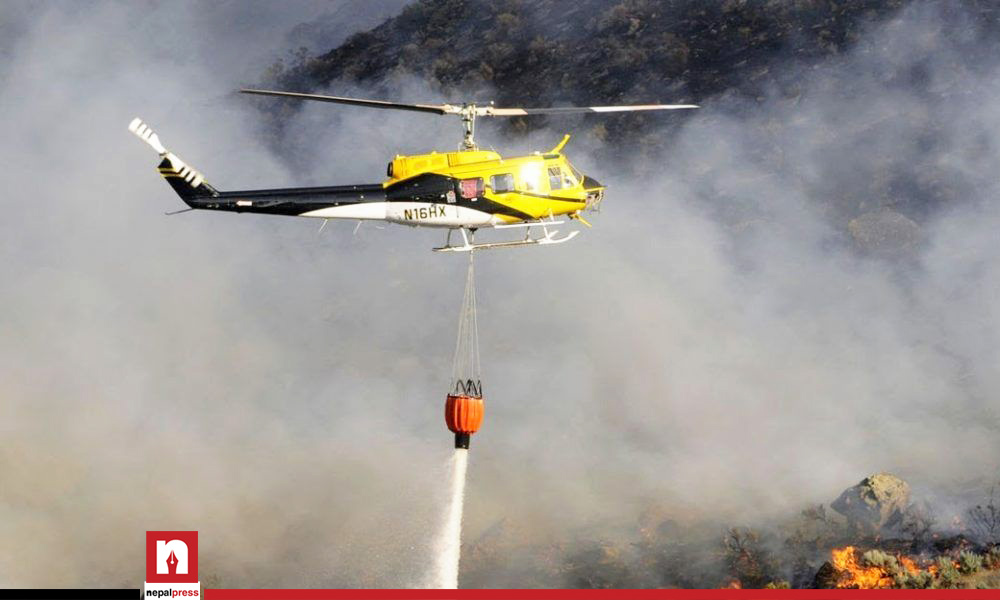 KATHMANDU: The government is making preparations to buy a firefighter helicopter for long-term fire control solutions in the country.

The government is planning to buy a firefighter as wildfires spread across the country every year.

Forest Minister Prem Ale informed Nepal Press that the process has moved ahead after discussing the issue at the last meeting of the Council of Ministers.

He said that the procurement process will be carried out in a lawful manner.

Discussions have also been held on the use of firefighter aircraft for fire control in April, May, June and July for four months and the rest of the time for other commercial purposes. The aircraft will be used for fire control by the Nepal Army.