Pollution increases as wildfires continue to spread, weather unlikely to improve for 3 days 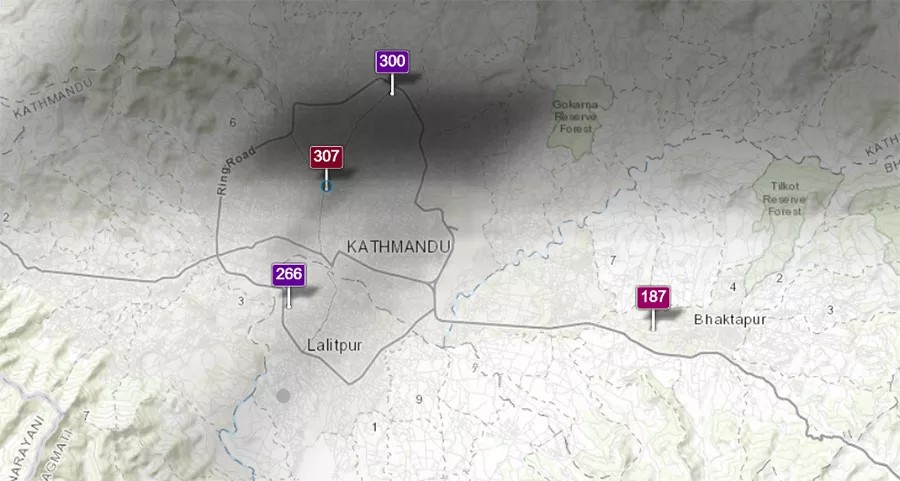 KATHMANDU: Pollution has spread in the atmosphere of the valley as the number of wildfires has increased again. According to the Department of Hydrology and Meteorology, the sun will not shine well for another three days and pollution may increase.

Talking to Nepal Press, meteorologist Min Kumar Aryal said that the wildfire has started to spread again. He said that the sun would not shine for three days if heavy rains and winds do not blow.

According to him, 600 to 700 forests are on fire now, the effect of which has started to be seen in the weather since Monday. “There is no possibility of immediate heavy rains,” he said, adding that the atmosphere will remain as it is for a few days.

According to the department, visibility can be up to 3 to 4 kilometers in Kathmandu. “There may be light rain in the far west, Karnali and Bagmati in the evening, but this rain will not remove the pollution,” said Aryal.

The Air Quality Index (AQI) has risen again since Monday. The AQI of Kathmandu Durbar Marg is 307 PM. The US Embassy in Maharajgunj has an AQI of 300, Bhaktapur has 187 and Jhamsikhel has 266.