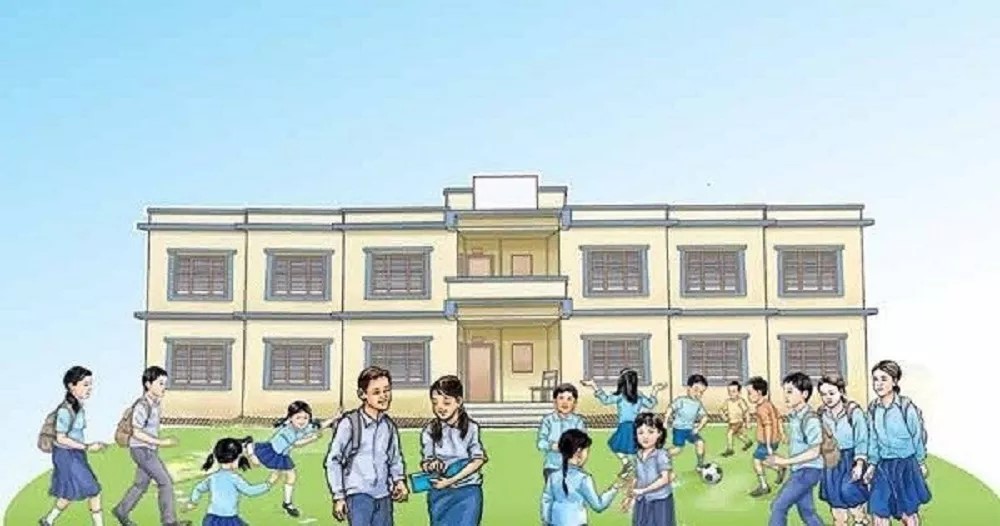 KATHMANDU: During a regular press briefing on Sunday, Spokesperson of the Ministry of Health, Dr. Jageshwar Gautam said that educational institutions are becoming hotspots for COVID infection recently.

According to Gautam, the infection is re-emerging in Nepal as many infected people come to Nepal from the border and work in hotels. At the same time, school or college teachers are also getting infected, he said.

According to Dr. Anup Banstola, a communicable disease specialist at Teku Hospital, a COVID-infected teacher was admitted to Teku a few days ago. After him, 5/6 teachers were found to have the infection.

According to public health expert Sameer Mani Dixit, it is natural for schools to become hotspots for the virus. He says that teachers and students can become infected as all viruses from the common cold to others initially start emerging from schools as infections.

“The school creates an atmosphere where many students are in one place. Infected children show no signs of infection. They can transmit the virus from one to the other. Someone is bound to take the infection home.”

A parent whose son studies in a private school in Kathmandu is worried. As the number of infections increases, sending the child to school is becoming difficult.

The son, who went to school in the morning, contracted the flu in the evening. “We didn’t send him to school for a few days,” said the parents, “But for how long? Teaching-learning is going on in the school.”

Experts say that such problems are now appearing in schools because health standards are not being followed.

“The schools, at present, do not follow the standards of wearing masks and keeping distance. That is why problems are seen in teachers and children,” he says.

Spokesperson Dr Gautam said that health standards should be strictly followed in schools. “Many educational institutions have mandatory rules for wearing masks and washing hands. But the problem is that the implementation side is very weak. Although the use of masks is good, there are complaints that there is no proper handwashing system in educational institutions,” he says.

Dr. Bastola emphasizes the need to keep symptomatic teachers and students in isolation without sending them to school.

“Both teachers and children should not be sent to school if they show related symptoms. Other health standards should be strictly adhered to,” he suggests.

Impacts on the academic session

The academic session, which was halted for a long time due to the pandemic, resumed in February. Some of the schools that were closed as per the decision of the local levels have just reopened. However, as the transmission continues, the school itself is likely to become a hotspot, which will affect the academic session.

Educationist Bidhya Nath Koirala says the pandemic can be catastrophic if schools are to be opened mandatorily.

“The academic session was affected from the beginning. I have already said that schools do not have to be opened regularly,” he said.

He urges teachers to consider alternative options for teaching as the pandemic will continue.

“Students who are willing and can meet health standards can go to school. Teaching should be done through alternative means for those who do not attend school. Research work should be given”, says Koirala.

He estimates that if we do not think about the alternatives now, the situation will become worse.

However, Ministry spokesperson Sharma said that the local level has the right to decide whether to make schools compulsory or not. “School managements have a working structure. The local government makes decisions based on that framework. They have the right to regularize or take turns. They can do it easily considering the situation and criteria of public health,” says Sharma.

No problems will arise if vaccine is distributed

Dr. Dixit suggests that the school will not become a hotspot if the vaccination campaign is made efficient. He says the current vaccine should be targeted for school teachers.

“The Ministry has to tell us that they are ready to vaccinate teachers and target groups. If we can vaccinate everyone who has reached the age of 55 and the frontliners, schools will not have to be closed,” he said.

He says the state should focus on vaccination to prevent the infection as it will take another two to three years for the transmission to stop.