Pollution levels in Kathmandu still deadly as AQI remains over 400 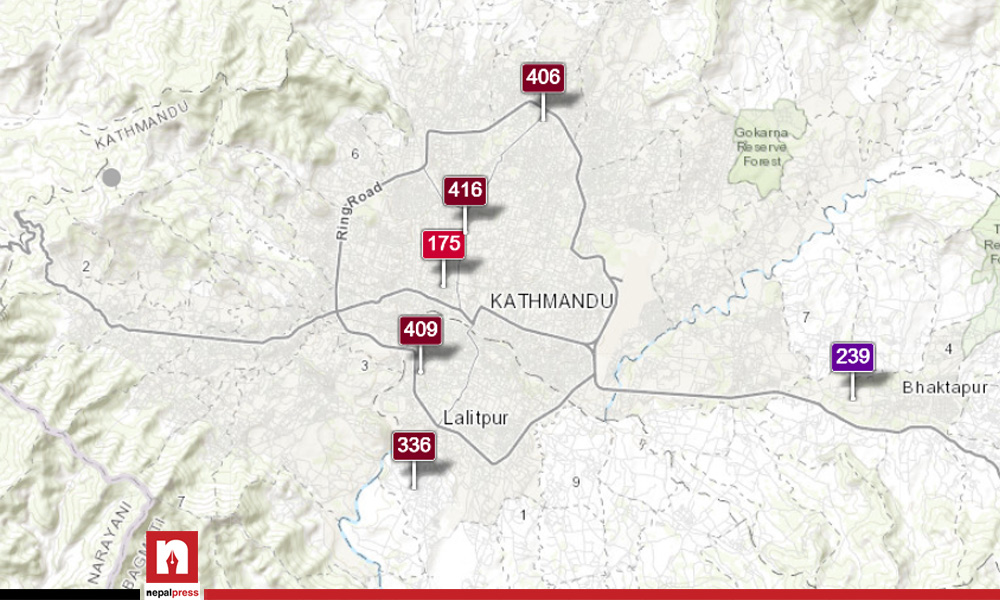 KATHMANDU: Even on Saturday morning, air pollution in the valley has been measured as fatal. The sky of Kathmandu has been covered with dust and smog since Sunday due to the smoke accumulated from wildfires across the country.

Even on Saturday, the general public is feeling their eyes burning. The Department of Water and Meteorology has stated that the weather will gradually improve as light winds will blow from the afternoon.

Talking to Nepal Press, Senior Meteorologist Raju Pradhanang said that the visibility of Kathmandu was only 1 km till Saturday morning. “If winds blow, the situation may improve. There is no possibility of immediate rain. The weather is expected to improve from Monday,” he said.

On Sunday, the air in Kathmandu was covered with smoke and dust. Although this decreased on Saturday morning, it still is fatal, the Department said.

Wildfires can be seen in a picture of Nepal taken by NASA from the International Space Station on Friday evening.

Also on Saturday morning, the Air Quality Index (AQI) was 187 at Ratna Park, 410 at the US Embassy in Maharajgunj, 416 at Durbar Marg, 409 at Jhamsikhel and 316 at Bhainsepati. AQI above 150 is considered unhealthy, but the capital’s current AQI above 400 is fatal.

Senior Meteorologist Bhushan Tuladhar said having an AQI of more than 300 would be fatal and an emergency should be declared. According to chest disease specialist Dr. Neeraj Bam, carcinogenic chemicals have also been seen in the highly polluted air, which can lead to diseases such as asthma, bronchitis, heart disease and cancer.

Senior Meteorologist Barun Poudel says that smoke from the wildfires in Langtang National Park and the western region mixed with the pollution in the valley, which has led to this situation. He said that it would be difficult for pollution in the valley to decrease if it does not rain or strong winds don’t blow.

The Ministry of Health has requested to stop dusty construction work for a few days, not to drive vehicles unless urgently necessary and to take care of children and senior citizens.