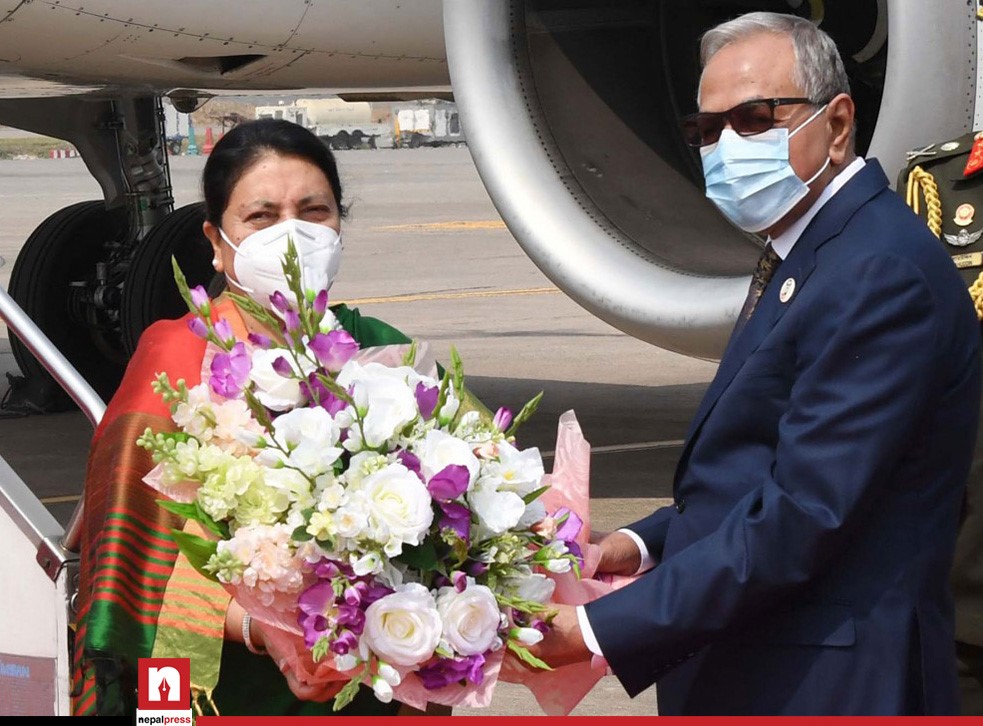 ITAHARI: When President Bidhya Devi Bhandari arrived in Bangladesh at 10 AM local time on Monday, Bangladesh President Abdul Hamid arrived at the Hazrat Shahjalal International Airport in Dhaka to welcome her.

According to The Daily Star, Bangladesh’s number one English language daily, Bhandari was received by the Bangladeshi president at 10:17 AM. Bhandari was given a 21-gun salute and a ‘guard of honour’.

‘Back to back’ updates in Bangladeshi media

News coverage of President Bhandari, who is on a two-day state visit to Bangladesh, spread widely in the country. Almost every activity since the arrival of the Nepali President in the country has made it to the headlines of mainstream newspapers. 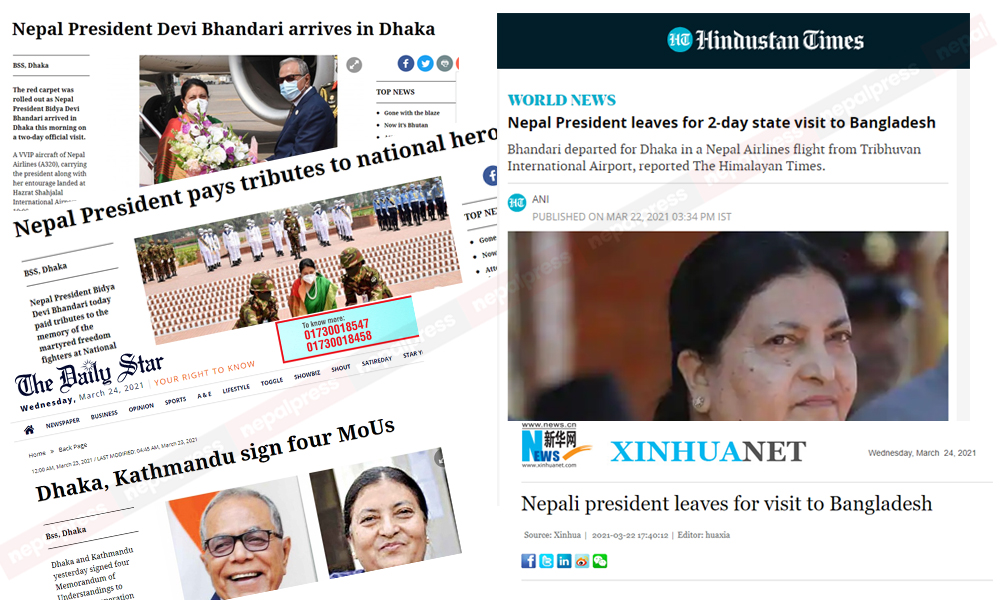 Take, for example, Bangladesh’s most widely read newspaper, The Daily Star. A day before the visit, Star had made the headline ‘Nepali President coming to Bangladesh tomorrow’.

Even on the day of the visit, the Daily Star wrote – ‘Nepali President arrives in Dhaka’. “The President of Nepal and her entourage landed at Hazrat Shahjalal International Airport from an extraordinary aircraft of the Nepal Airlines Corporation at 10 AM,” the report said.

Star has given priority to the news that President Bhandari has presented wreaths to the Bangladeshi martyrs. In a news item titled ‘Nepali President pays tribute to national heroes’, it is mentioned that Bhandari has said that Nepal is the seventh country to recognize Bangladesh as an independent nation. 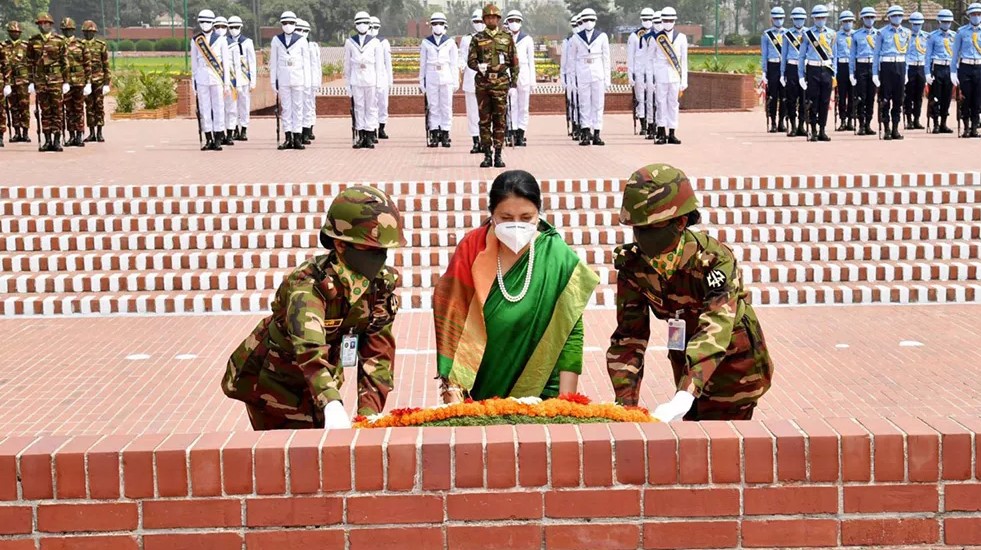 When Bhandari arrived at the Bangladesh National Monument, she was welcomed by Bangladesh Liberation War Affairs Minister AKEM Mujamel Haque, Health and Family Welfare Minister Zahid Malek along with others. President Bhandari, who also planted a crop called ‘Uday Padda’, wrote in the visitor’s book: “In the history of the country, the sacrifices of the martyrs are remembered as a source of strength and inspiration for the coming generation.”

Secretary of Civil Aviation and Tourism of Bangladesh Mokamen Hussain and Secretary of Culture, Tourism and Civil Aviation of Nepal Yadav Prasad Koirala signed the Tourism Partnership. It is mentioned in the news that the Secretary of the Ministry of Commerce, Dr. Mohammad Zafar Udin, has agreed to exchange documents related to the Rohanpur-Singhwad railway route.

Similarly, Star has also given priority to the news of Bangladesh importing electricity from Nepal through India. “Nepal, Bangladesh and India are in the final stages of reaching an understanding,” President Bhandari was quoted as saying while referring to the words of Bangladesh Foreign Minister AK Abdul Momen.

President Bidhya Devi Bhandari’s visit to Bangladesh is a bilateral issue for two small countries in South Asia. However, the news of this case has also been discussed in the Indian and Chinese media.

Indian media have written headlines around President Bhandari’s two-day visit to Bangladesh based on information released by the President’s Office.