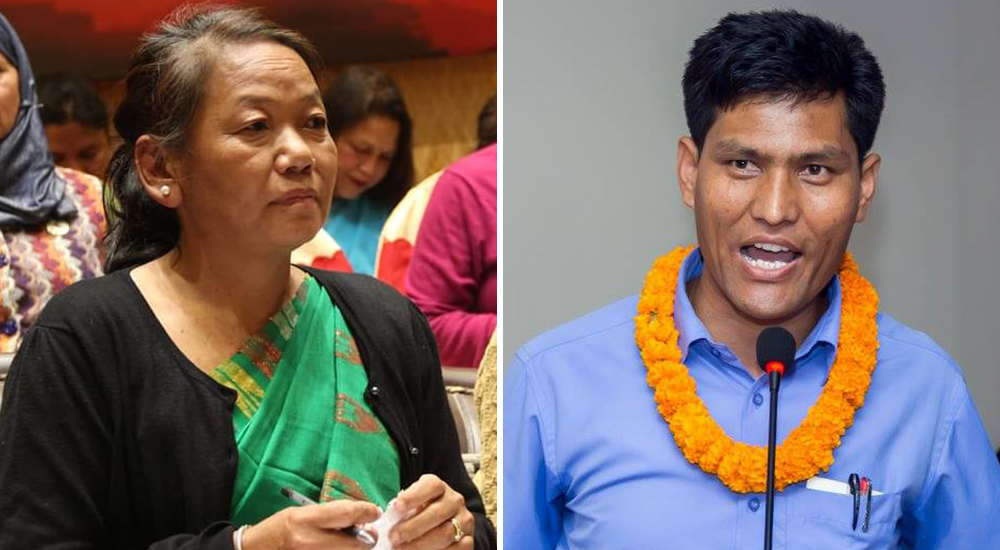 KATHMANDU: While the CPN-UML has sought clarification from four leaders including Madhav Nepal saying that their side gathered, the Nepal side has started the process of selecting the leadership separately from the gathering of fraternal organizations.

After the Madhav Nepal side elected a separate leadership, the UML-affiliated women’s organization has formally split. According to Chairman Rai, the meeting has formed a 475-member central committee whose general secretary is a peace officer. Among the seven vice-chairmen are Yashoda Adhikari of province 1, Usha Pokhrel of province 2, Savitra Bhusal of Bagmati, Sita Giri Wali of Gandaki, Rajendra Laxmi Gaire of Lumbini, Maya Bhatt and Karnali Bijaya Bista of Sudurpaschim province.  Sarala Yadav has been appointed as Deputy Secretary-General and  Devaki Shrestha as Treasurer.

Meanwhile, the youth association is also divided. A meeting of the Madhav Nepal-affiliated youth association held on Saturday has elected Naresh Shahi as the chairman. Kranti Burlakoti has been elected as the Senior Vice President and Deepak GM as the General Secretary.

The establishment party had reorganized the youth association with Bachan Bahadur Singh as its Chairman soon after the split of the CPN. The Madhav Nepal faction is going to elect a new leadership of the ANNFSU by gathering students on the 24th of March.

The meeting of Nepal’s side had decided to make the Madhav Nepal party leaders active in the past and to form a new committee under the coordination of the senior leader of the same committee.