Lumbini Assembly Hall to be ready by August

Assembly hall is a model of South Asia 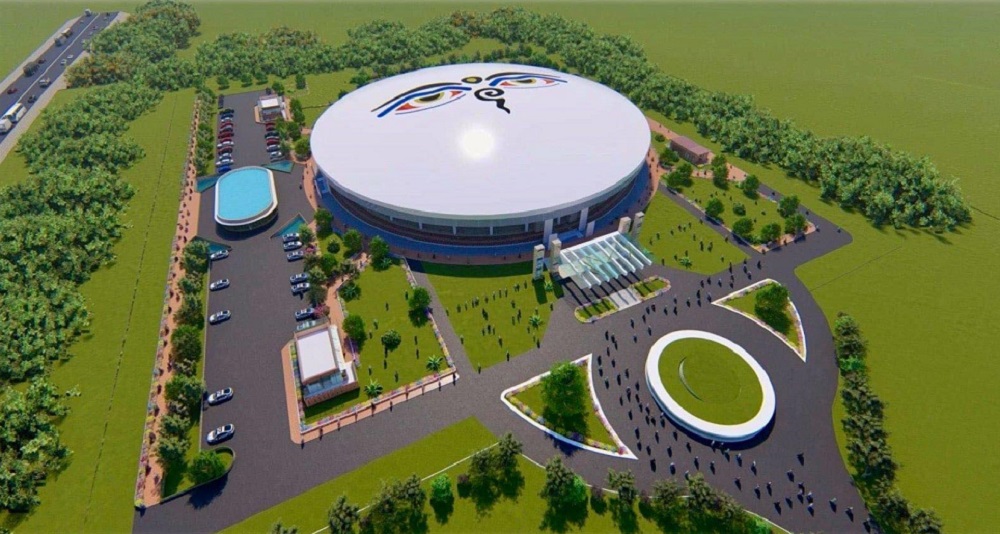 RUPANDEHI: On the day of Buddha Jayanti in 2074 BS, the stage made for the program in Lumbini, the birthplace of Gautam Buddha, was destroyed by wind and rain. After the stage renovation, Prime Minister KP Sharma Oli announced the construction of a 5,000-capacity assembly hall.

The first phase of the construction of the meditation centre, which was was inaugrated on the day of Buddha Purnima in 2018 , has been completed and the second phase is underway. It is said that the construction work of the assembly hall will be completed by next summer.

It is said that the design of the meeting hall spread over an area of ​​386.88 square meters will be a model of South Asia.

Engineer and Chief of Planning of Lumbini Development Fund Saroj Bhattarai said that even though the largest modern building in Nepal is called a meeting hall with a capacity of 5,000, 7,000 chairs can be placed in the hall. After the construction of the assembly hall, it will be easier to hold international level meetings, conferences,  meditations in Lumbini. He said that it would play an important role in the promotion of Lumbini.

The businessmen of the region are also happy that the meeting hall will be ready by mid-summer.

Though the construction of the conference hall, which is being constructed as a meditation centre,  it will be completed by mid-July 2021 due to the  COVID-pandemic.