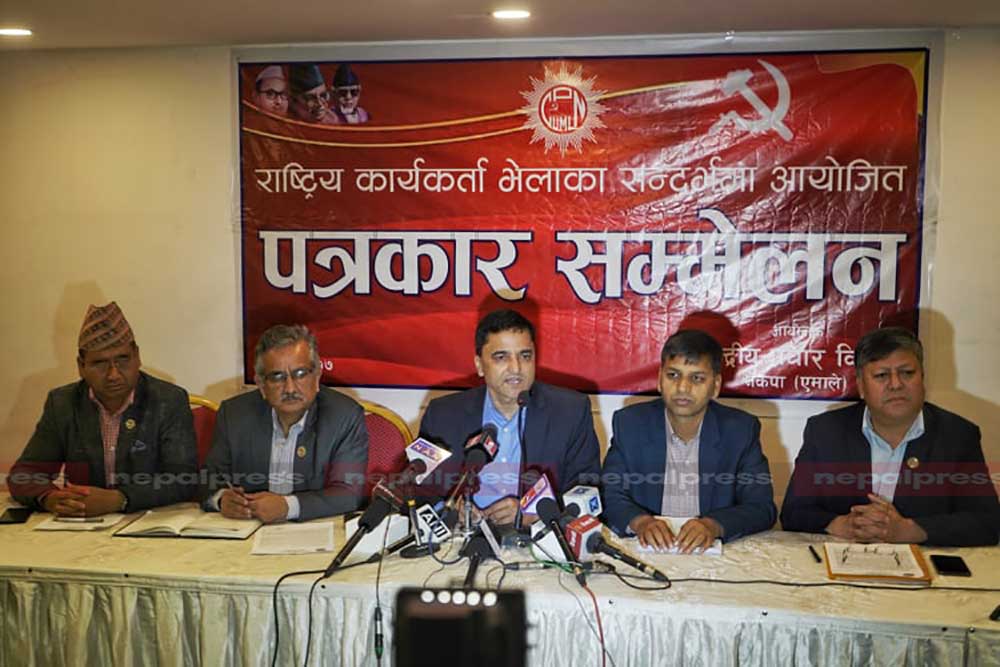 KATHMANDU: CPN-UML’s Madhav Nepal-affiliated national cadre gathering is starting today. UML Secretary Yogesh Bhattarai said that more than 2,000 leaders and activists from across the country would participate in the gathering to be held today and tomorrow at the Heritage Banquet in Sanepa, Lalitpur.

Leaders have said that a strategy will be formulated at the meeting of Madhav Nepal’s side and written documents will also be discussed.

The Madhav Nepal faction has said that the party should return to its pre-unification structure as the UML has been re-established by the Supreme Court decision.

The Nepal side stated that it will not abide by the decision taken by the establishment party at the special central committee meeting on 12th March. In the meantime, despite talks between the two sides, no agreement has been reached on the same issue.

Meanwhile, Chairman KP Sharma Oli and General Secretary Ishwor Pokharel have called on the party cadres not to participate in today’s rally. Secretary-General Pokharel has also warned in a press release that action will be taken against the organizers and participants