Reconstruction of Kasthamandap 90 percent complete, will be inaugurated in April 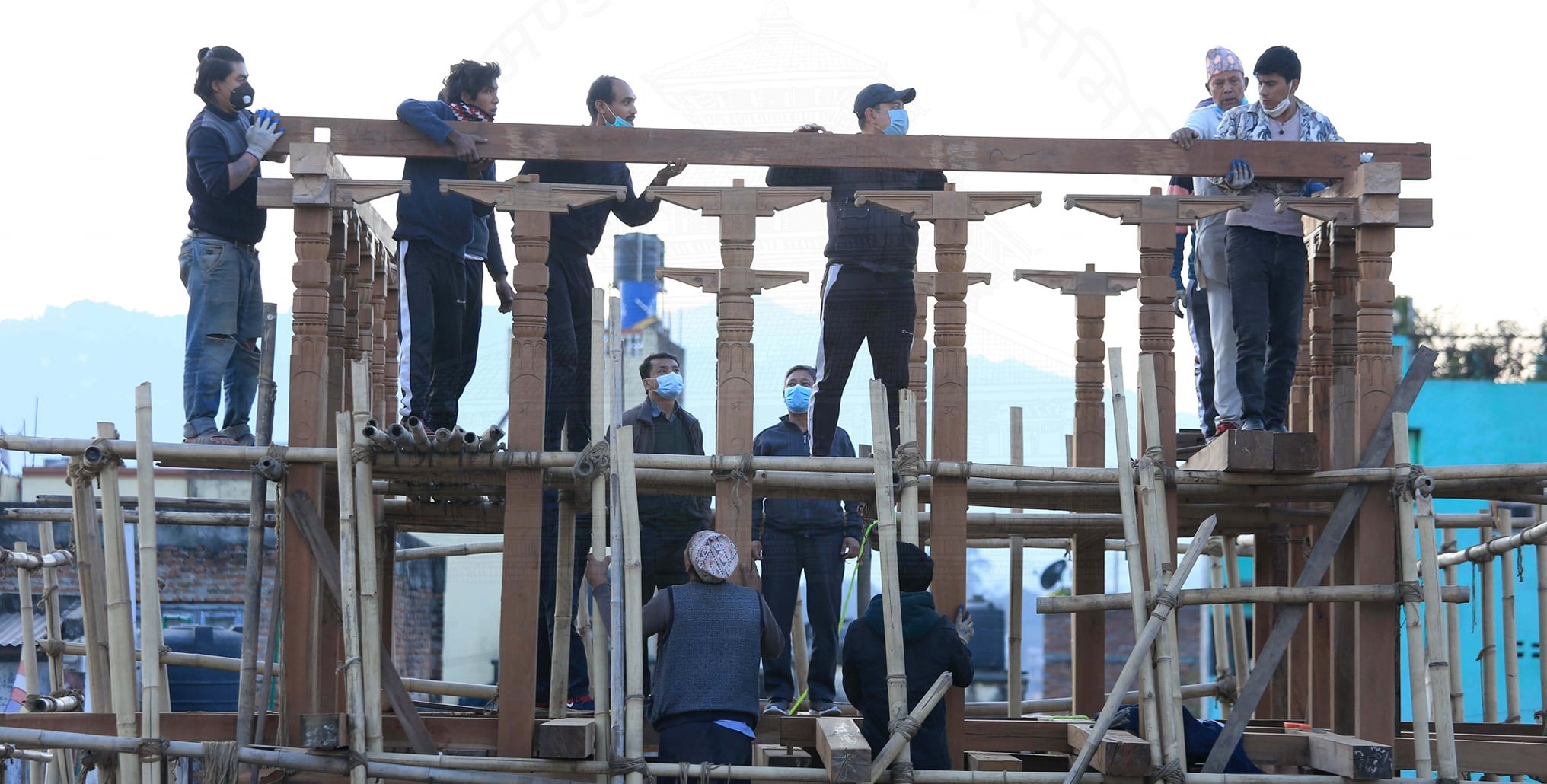 KATHMANDU:  The reconstruction of the Kasthamandap is 90 per cent complete. Construction is in full swing and will be inaugurated in April.

The Kasthamandap Committee has informed that the roofing work is being done from wood, clay and shingles and is under construction.

At present, 35 workers are working regularly for construction. According to the committee, the soil used in the roof is of a special type and is not affected by water.

It is said that the delay was due to the non-availability of construction materials such as wood and bricks required for the construction at the beginning of the reconstruction. As there is no problem now, work is going on smoothly.

The reconstruction work of the historic Kasthamandap which was completely damaged by the 2072 BS earthquake, was started three years ago.

According to Rajesh Shakya, chairman of the Kasthamandap reconstruction committee, the remaining 10 per cent of the work has been completed.

It is said that after a man named Biset recognized Kalpataru and took him under control and promised to provide him with a tree, Kalpataru gave him sal wood, which King Laxmi Narasingh Malla made in the 7th century without an idol and later called it Kashtamandap.

It is mentioned in history that the name of the capital of Nepal was Kathmandu from the 7th century Kasthamandap.

The committee has informed that the old timber has been used for the reconstruction but the new timber has been brought to the required stage by signing a written agreement with the Timber Corporation of Nepal.