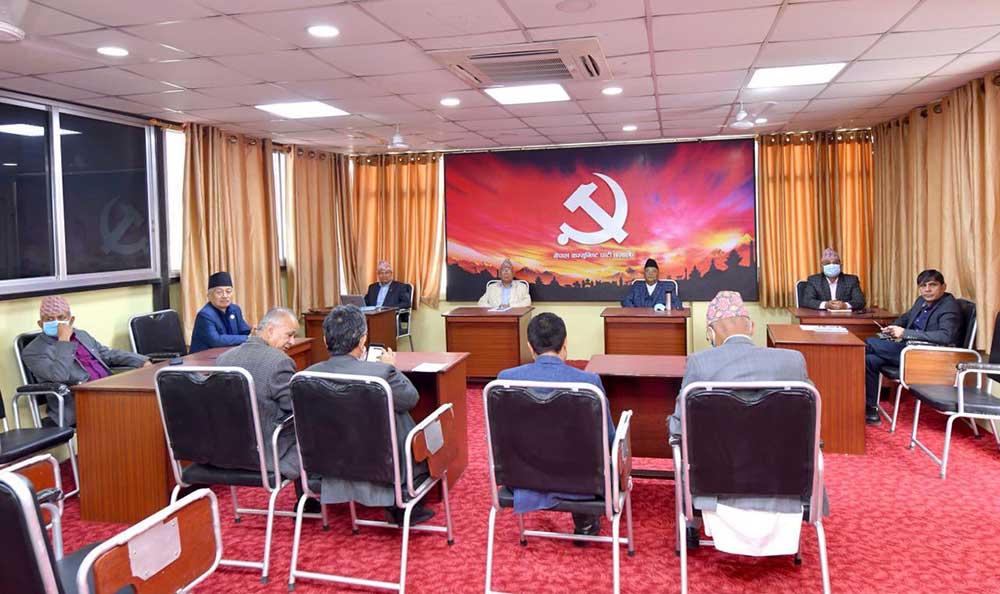 KATHMANDU: Both sides are in talks to settle the CPN-UML dispute. After UML Chairman KP Sharma Oli, who is also the Prime Minister, called Madhav Nepal’s side for a discussion, the leaders of both the parties are engaged in a discussion.

According to a close source, Chairman Oli called the dissidents for dialogue to prevent a split in the party. This is the first formal discussion between the leaders who were divided after the dissolution of the House of Representatives on December 20.