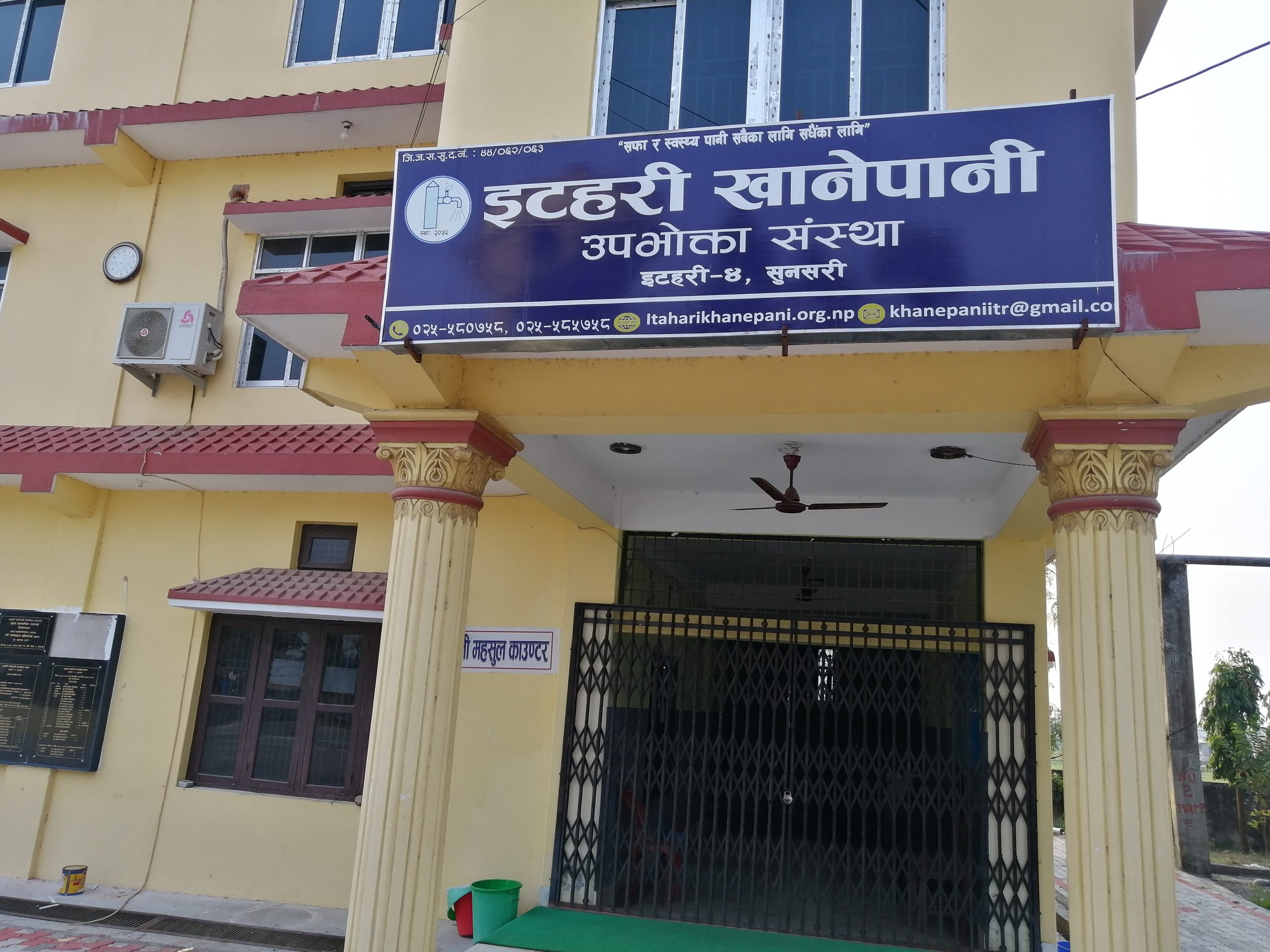 ITAHARI: Conceptualized during the Panchayat era, Itahari’s drinking water project came into operation after the restoration of democracy. Built by the then government, the project was formally transferred to Itahari Drinking Water Users Association (IDWUA) on 27 Ashad 2053 BS with 76 public and 1200 private taps.

The then Rs. 15.8 million worth project has evolved into one worth more than Rs. 1 billion these days. The drinking water project has 5 Bighas of land, 13 wells, 2 more are in the offing, 3 overhead tanks and  18,500 plus registered users.

Previously led by Pramod Kumar Shrestha and BP Poudel, IDWUA’s incumbent Chair is Ram Prasad Chaulagain. He, along with fifteen other working committee members, are doing their best to run this vital project in Itahari which covers nearly 500-kilometer-long pipelines, that pipe 18-hour-long running waters that amount to 21.6 million liters on an average day.

However, despite not being enough to serve all households of Itahari, IDWUA has taken lead in some innovative fronts in the drinking water sector of Nepal. Here are the five fronts:

There were days when members of Itahari Drinking Water User’s Association would queue serpentine line to pay their monthly bills. However, after the advent of new technology, the project has updated and upgraded itself on a digital domain. Now, users can pay their bills at the tip of their fingers. Digital gateways like e-Sewa, PayPal, Khalti and all other digital monetary gateways are available to pay water bills. ”At least half of our customers use digital avenues to pay the bills”, said Ram Prashad Chaulagain, Chairman of the Association. He added, ”After lockdown, such payment systems skyrocketed.” 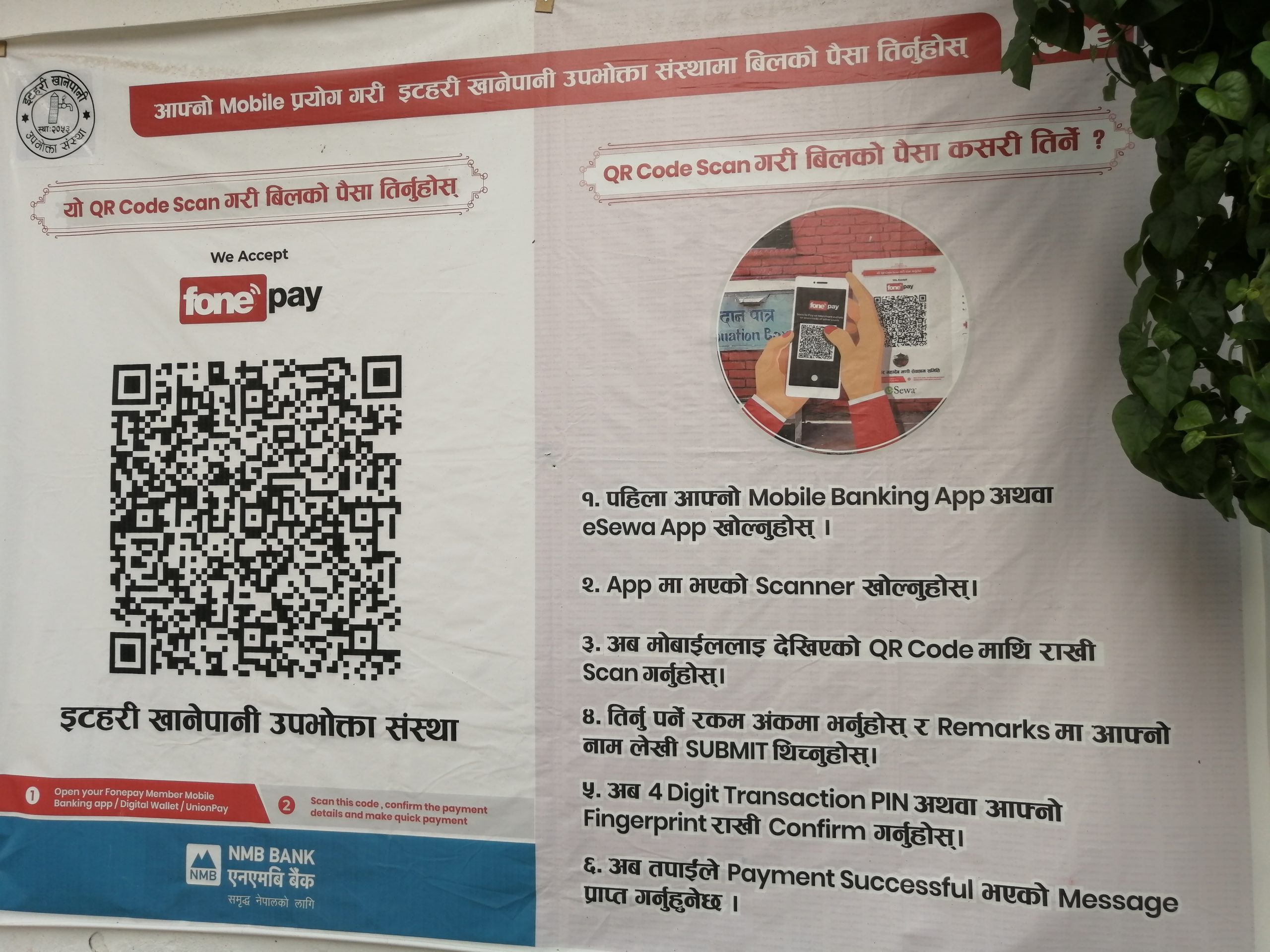 Besides e-payment, meter reading service via SMS was started since Ashad 2077 BS.  Plans are afoot to QR-coded numbering with GPS system in collaboration with potential financial and technical partners, according to Chairman Chaulagain.

Innovative use of overhead tanks

IDWUA has just three overhead tanks. Interestingly, their capacity is of six overhead tanks. The idea behind this is innovative; double inlets and double outlets, which is uncommon in other water projects. ”Overhead tanks are not for water storage. They are just for water regulation”, said Ram Prashad Chaulagain, ”I thought on increasing its efficiency by increasing both inlets and outlets, which worked wonders.” Chaulagain said he consulted with Dhruba Bahadur Bastnet, a veteran ground water expert and engineer before initiating this in 2062 BS. ”My concept was successful and the capacity of the overhead tanks increased drastically after this practice of double inlets and double outlets in the same overhead tank.” For this, government-run 50 KVA transformer was replaced by IDWUA-purchased 100 KVA transformer.

IDWUA has proactively involved itself in philanthropic fronts also. For example, IDWUA has donated Rs. 2,251,200 to Janata Secondary School of Itahari. This was donated as part of IDWUA’s social responsibility, said Gangaprashad Dahal, the treasurer at IDWUA.  This was decided from the seventh meeting of the working committee on 17 Poush 2077 BS. Likewise, during the nationwide lockdown months owing to the COVID-19 pandemic, IDWUA donated Rs. 1,011,000 to the Crisis Management Fund of Itahari Sub-Metropolitan City Office. Other than these two big gestures, there are dozens of philanthropic supports from the association, said Dahal.

Despite being a big and vibrant Sub-Metropolis of Province 1, Itahari has hundreds of thousands of poor inhabitants. This section of society includes marginalized communities that cannot afford to pay early logistical costs for fixing pipes at their disposal. This costs around Rs. 15,000 per household to do so according to latest prices. In order to overcome this, IDWUA Chair Chaulagain came up with an innovative idea, to help fix water taps at the households of poor people and make them pay monthly bills. ”The poor cannot pay Rs. 16,000 for early logistical charges. But, they can pay Rs. 100 plus on a monthly basis”, said Chaulagain. He added, ”With this logic we partnered with nonprofits and distributed taps for 1448 poor households. This program titled ‘Drinking Water for Poor’ will be continued in the days ahead in association with other potential financial partners.”

In almost all domains of consumer payment, fare is never decreased. But, IDWUA has lowered the normal fare to its users. For monthly users of 10,000 liters of running water, the previous monthly fare of Rs. 130 has been downsized to Rs. 100. Likewise, for those using water more than 10,000 liters per month, the per-unit previous monthly fare of Rs. 23 has been reduced to Rs. 20. ” IDWUA is probably the only drinking water project in Nepal which has reduced its monthly fare to its clients”, claimed Chairman Chaulagain. He added, ”Even some experts from ADB had suggested us to charge Rs. 219 per month per tap before giving us a loan of around Rs. 105 million.”  The ADB loan has been paid off on Mangshir of 2076 BS, said Chaulagain, ”We did not increase prices to pay our loan. Instead, we lower our price after clearing our debts.” 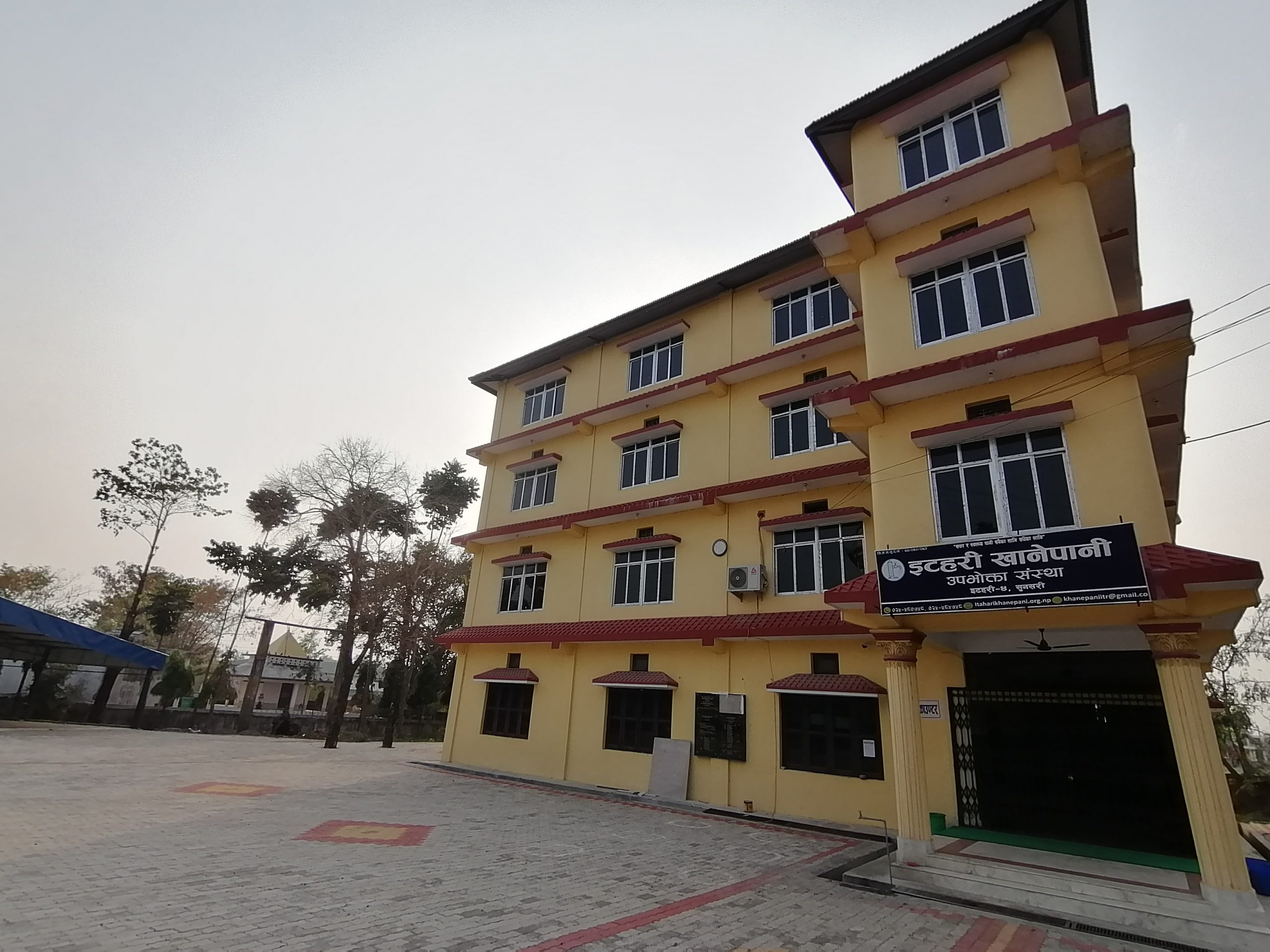