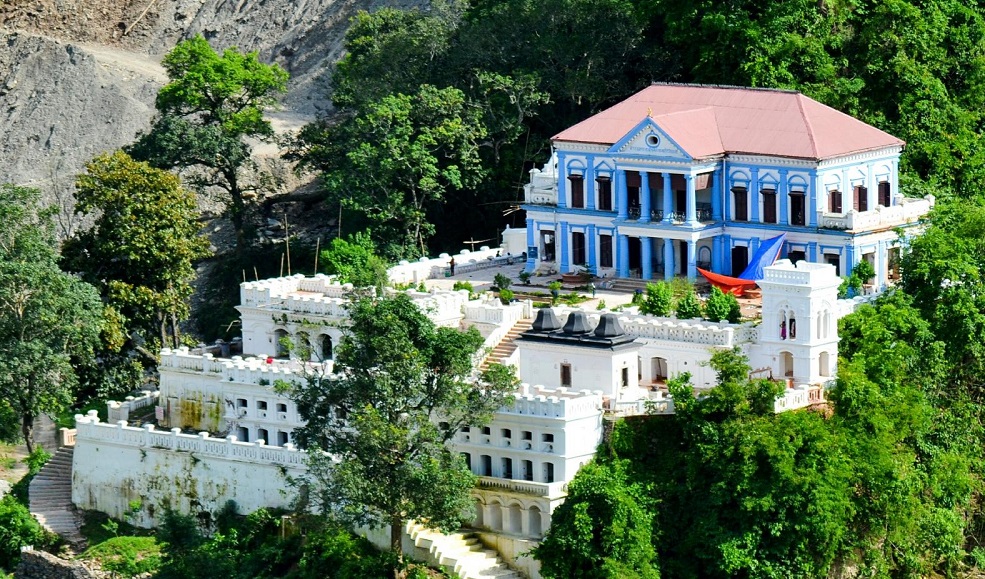 RUPANDEHI: Opposition has started after the Nepal Tourism Board brought up the idea of ​​making Rani Mahal, a historical tourist area of ​​Palpa, a heritage hotel. In recent days, many have expressed outrage over the concept of the Board on social media.

After hearing about constructing a heritage hotel at Rani Mahal, which has historical, archeological, religious and cultural significance, stakeholders of the district have expressed the view that this shall be invalid and unacceptable. Cultural experts argue that it is not necessary to convert it into a hotel to preserve its historical significance, while various stakeholders at the district level and the general public have also objected to the board’s plan, saying that hotels should not be constructed in Rani Mahal under any circumstances.

This issue has become even more controversial after the stakeholders working in the district said that they would not allow the hotel to operate even though it has almost become a ruin, since the Rani Mahal has not been mobilized properly. There is a demand from the locals that the local level should be pressurized to make it a proper tourist destination, preserving its historical aspects.

They have completely opposed the idea of running a hotel in Rani Mahal. Not many on social media have shown support for this, and a few are saying that a hotel should not be built here even if the role of management is given to the private sector.

This issue came to the fore after the Executive Director of the Nepal Tourism Board, Dr. Dhananjay Regmi said that the site could be converted into a heritage hotel within his one-year tenure. Local stakeholders are protesting after the Board proposed to the government to convert and run Rani Mahal as a hotel. This has been vigorously opposed on social media.

Historian Nirmal Shrestha has responded that this plan is meaningless without the recognition of Rani Mahal. The Board should move forward by accepting the argument of the historians that the use, protection and development of Rani Mahal should be planned on the basis of the importance and historicity of the heritage – a museum can be built in Rani Mahal, but not a hotel.

Not only historians, but the hoteliers’ association itself has not considered the issue of opening a hotel in Rani Mahal appropriate. The association’s President Mohan Prasad Shrestha said that he was of the view that a hotel could be opened in Palpa with the tourist destination Rani Mahal as a focal attraction, but a hotel should not be operated in Rani Mahal itself.

The Rani Mahal area is located in the Tansen Municipality of Palpa, 12 kilometers from the district headquarters Tansen. Western Nepal Commander Khadgashamsher Rana had the palace built in 1954 BS in memory of his late Queen Tej Kumari. He later fled to India after being removed from the post of Commander. Built in the British style, the palace has been vacant ever since.

The Tourism Board has put forward the idea of ​​setting up a heritage hotel, museum, rafting in Kaligandaki and setting up a tent camp on the banks of Gandaki for the use, protection and promotion of Rani Mahal.

The Tourism Board is of the view that some revenue would be raised for conservation and development if the Rani Mahal could be used commercially instead of being left in ruins. The concept of the board states that if Rani Mahal is developed as a heritage hotel and promoted in India, tourists that spend significantly can be attracted. The Board has already submitted its concept proposal from local government to businessmen.

According to the concept of the Board, there will be a heritage hotel in Rani Mahal and water based tourism activities will be conducted in the Kaligandaki river in and around it. There will be activities ranging from yachting to swimming. Wide river banks will be developed and managed. The board has a concept that by attracting tourists to Rani Mahal, it can also connect other attractive destinations of Palpa with tourism-related products. According to the Board, tourists going to Rani Mahal on a honeymoon tour will be able to walk around the nearby Bhairav ​​Temple and Tansen Bazaar.

The Board has also proposed to invest Rs 300 million in the first phase to build the heritage hotel, water activities and riverbank structures. The Board believes that such investment can be made in a period of 3 years and the region can be developed as an attractive tourist destination. The Board has stated that the work of preparing a detailed project report on the construction of tourist structure and water activities in front of Rani Mahal is underway. Rani Mahal was built by the then General Khadgashamsher.

Damodar Ghimire, Spokesperson of Palpa’s Tansen Municipality, said that the hotel should not be run in such a way as to lose the originality of Rani Mahal. Stating that they are not in favor of building a hotel in the palace structure of Rani Mahal, he said that a circular has not been issued even after hearing about this decision through the media.

Ghimire told Nepal Press that the Department of Archeology has handed over the Ranimahal Durbar to Tansen Municipality for 10 years to protect, enhance and preserve it.

According to him, various proposals have been made for the tourist attraction of Rani Mahal, including building new classical style hotels on the 200 ropanis of land attached to the premises without affecting Rani Mahal. The Municipality has already decided to go for public-private partnership and the agreement with Prime Access Pvt. Ltd. has reached the final stage.

The Ministry of Industry, Tourism, Forest and Environment of Lumbini State has made public the view that no structure should be built in such a way as to ruin the historical structure of Rani Mahal.