Congress becomes a ‘spectator’ with PSP’s entry in power politics 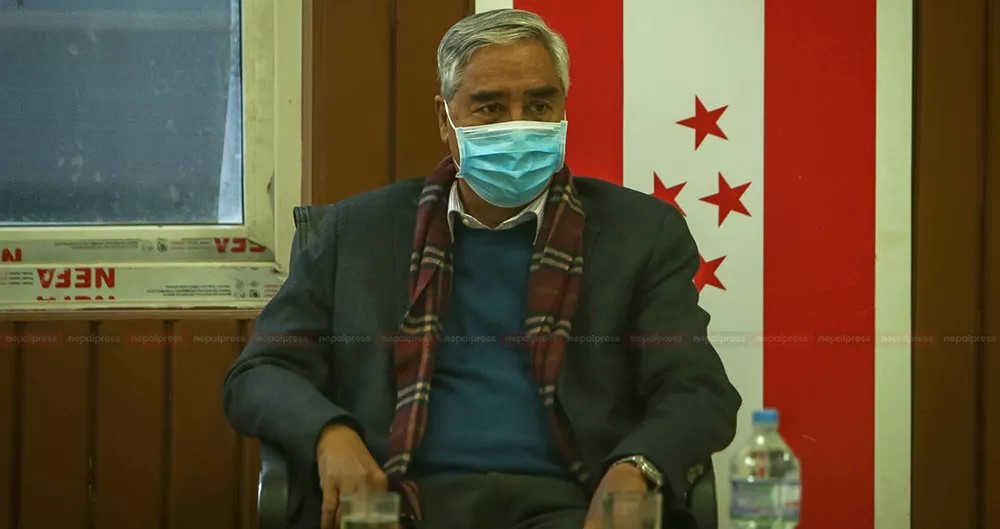 KATHMANDU: With the restoration of the House of Representatives by the Supreme Court, a new game of power politics has begun, with the Congress being seen at the center. Chairman Sher Bahadur Deuba was feeling that the Prime Minister’s chair was looking for him. But now, the situation has suddenly changed.

Another decision of the Supreme Court to break the unity of the Communist Party of Nepal has removed the Congress from power. The decision has revived the UML and the Maoists, and the People’s Socialist Party (Janata Samajwadi Party) has entered the game of power, pushing out the Congress. Some within the Congress are worried that the opportunity was lost due to the failure of the Congress to take a prudent decision on time. However, some have praised the Congress for not showing much interest in power politics.

In the parliamentary elections held in December 2017, the Nepali Congress had won a total of 63 seats. Coordinating with the UCPN (Maoist), the UML alone won 121 seats, almost twice as many as the Congress. The UCPN (M), which had formed an alliance with the CPN-UML, came third with 53 seats.

There was a general expectation that the role of the Congress in the parliament would not shrink even if it shrunk by shape due to communist unity. But the Congress continued to be accused of failing to play the role of a strong opposition. The Congress has not played a decisive role in politics for the last three years.

The role of the Congress is limited to reacting to political events rather than leading politics. Due to this, there is growing confusion as to how the political course will move forward in the coming days.

The main opposition party understood this as a division. The Congress was happy to participate in the constitutional bodies, including the Supreme Court. Congress MPs used to raise issues of direct concern to the people, but the Congress did not object institutionally.

Whether it was the widebody-purchase scandal or the Baluwatar land scandal, the Tarun Dal and NSU that had reached the streets against the government returned silently after the Congress leadership was implicated. In the withdrawal of the Guthi Bill, the outrage of the indigenous Newar community of Kathmandu became more decisive than the political leadership of the Congress.

The Nepali Congress has remained silent on many issues that have been the subject of public criticism. The press releases and protests done as formalities were not meaningful. When games such as opposing ordinances on the Constitutional Council while appointing its own people internally were played, it was proven that the Congress could not be anything other than an honest ally of the government.

The Congress was not clever even in the game within the parliamentary system chosen by the Congress itself. Some have praised the Congress for not bringing a no-confidence motion or being neutral in the CPN dispute, but the Congressmen are not happy.

Many expected a no-confidence motion against Prime Minister Oli after the Supreme Court dissolved the House of Representatives. However, the Congress did not want to lead it. However, after the recent order of the Supreme Court revived the UML and the UCPN (M), it proved beneficial for the Nepali Congress to not have taken any action.

The UML has twice as many seats in the federal parliament as the Congress. The main competing force for the Congress is not the UCPN (M) but the UML. Now the UML’s ‘old power’ is back. If there was an ‘equal division’ in the CPN, the Congress could have benefited politically. However, Deuba did not give a decision to Prachanda-Madhav, who repeatedly reached Budhanilkantha with the offer of cooperation. Instead, he kept the Congress in a state of indecision for the benefit of Prime Minister Oli.

Since the court order has broken the unity of the CPN, the PSP has reached a more decisive role than that of the Congress. Not only has the environment been created to address the political demands of the PSP, but their journey to power has also become easier.

A few days ago, Nepali Congress President Deuba said that he was not in the race to become Prime Minister. When the Congress did not have a proposal to lead the government, it did not make sense for him to show reluctance.

Deuba’s decisive role in national politics will not be established by a repeated race for the post of Nepali Congress Chairman. The Congress itself is not taking any initiative to find an alternative to the unconstitutional and undemocratic activities of the government. The Congress is void of plans in regards to not just the government, but also the overall political course. As party meetings are not regular, there have not been enough discussions within the party.

The main opposition in the parliamentary system is considered the ‘waiting government’. While the UML, the UCPN (M) and the PSP are engaged in intense discussions on the tug of war for power, the Congress has been limited to playing the role of a spectator in the political arena.

As the country’s political complexity is growing, so is the silence of the country’s oldest democratic party, the Nepali Congress. The Congress leadership, which concluded that it had lost the last election due to the ‘Left Alliance’, is no longer in the “political arena” after the court dissolved the Left unification. Instead, it is watching the events unfold as a spectator.

At one time, the ideas and ways shown by the Congress were considered decisive in Nepali politics. Whether in power or in opposition, the Congress ran the politics of the country. Why is the Congress solely being a spectator? Congressmen may object to the origin of this question rather than providing an answer.