Nepal Army celebrates its achievement as one of the most trustworthy peacekeepers in the world: Chief of Army Staff 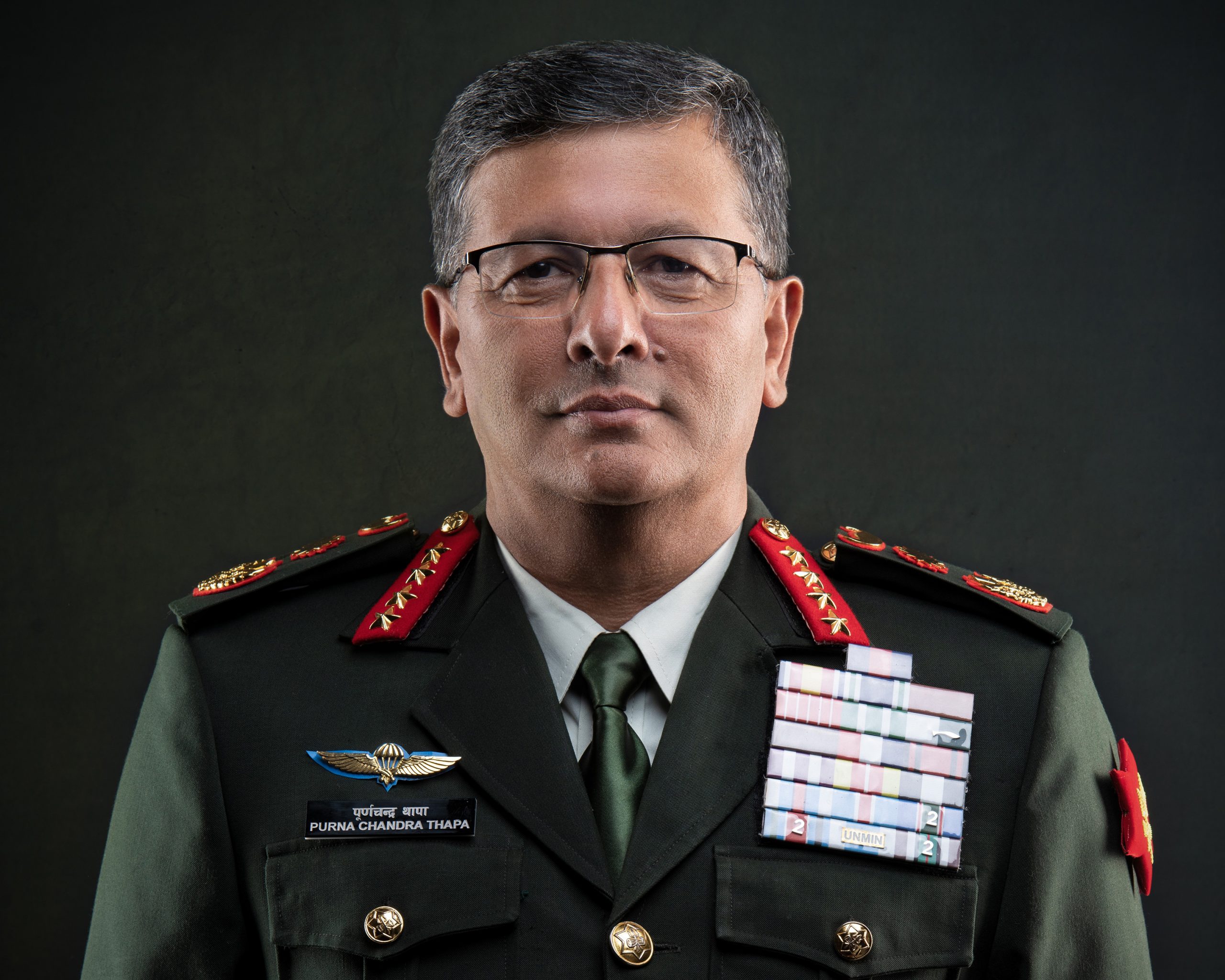 On behalf of Nepal Press, Birat Anupam talked to Nepal’s Chief of The Army Staff (COAS) Purna Chandra Thapa about Nepal’s UN peacekeeping experiences and other associated topics. As the Force Commander in Golan Heights, COAS Thapa has himself been a part of UN peacekeeping during his four-decade plus military career.

Mr Thapa has been a voice of change in the Nepal Army. He has been widely praised for his innovative changes at the Nepali military after his appointment on 9 September 2018.

Excerpts from the conversation with COAS Thapa at Nepal’s Army Headquarters Kathmandu:

Nepal has a proud history of UN peacekeeping since 1958. How do you assess its achievement so far?

Nepal’s peacekeeping participation is continuous for 63 years, and more than 103 thousand Nepali peacekeepers have so far served in as many as 45 UN peacekeeping missions. This has greatly served in international peace and security; be it in the traditional missions like UNIFIL, Lebanon, UNDOF, Syria or the modern multidimensional peacekeeping missions like MONUSCO, Congo, UNMISS, South Sudan, MINUSCA, the Central African Republic in a range of areas such as buffering the two nations, protection of civilians, conducting elections so on and so forth.

Therefore, Nepal’s contribution is not only in the number of years and number of peacekeepers participation but also in making significant contributions across the globe, keeping and enforcing peace. I express my deep satisfaction that we have successfully fulfilled the mandate of the respective missions, adding to the credentials of the Nepali Army as professional peacekeepers. Likewise, the Nepal Police and Armed Police Force, Nepal have also been demonstrating their peacekeeping competence adding value to Nepal’s commitment to international peace and security.

At the individual level, participation in the UN peacekeeping missions abroad signifies their exposure to varied operational environments to the commanders and troops of the Nepali Army – in geography – that ranges from the challenging heights of Mount Hermon in Syria to the deserts of Africa. Although both individuals and outsiders view participation in UN peacekeeping as an opportunity to earn money, organizationally, it is definitely not so; UN peacekeeping operations help in enhancing the professional acumen of the commanders and troops, exposing them to newer challenges of security.

At an organizational level, Nepal Army enjoys and celebrates its achievement as one of the most trustworthy peacekeepers in the world. The increasing number of participation illuminates its professionalism, neutrality and trustworthiness; by both the United Nations as well as the host nations of deployment. We deeply embrace this achievement earned through the supreme sacrifice of our men and women.

At the national level, UN participation has been the extension of Nepal’s foreign policy. Every single peacekeeper deployed in as many as 14 UN peacekeeping missions today act as Nepal’s Ambassador to those countries. In simple terms, peacekeeping deployment of the Army, Nepal Police and Armed Police Forces in different missions across the globe enhances Nepal’s image and helps in achieving her foreign policy objectives. 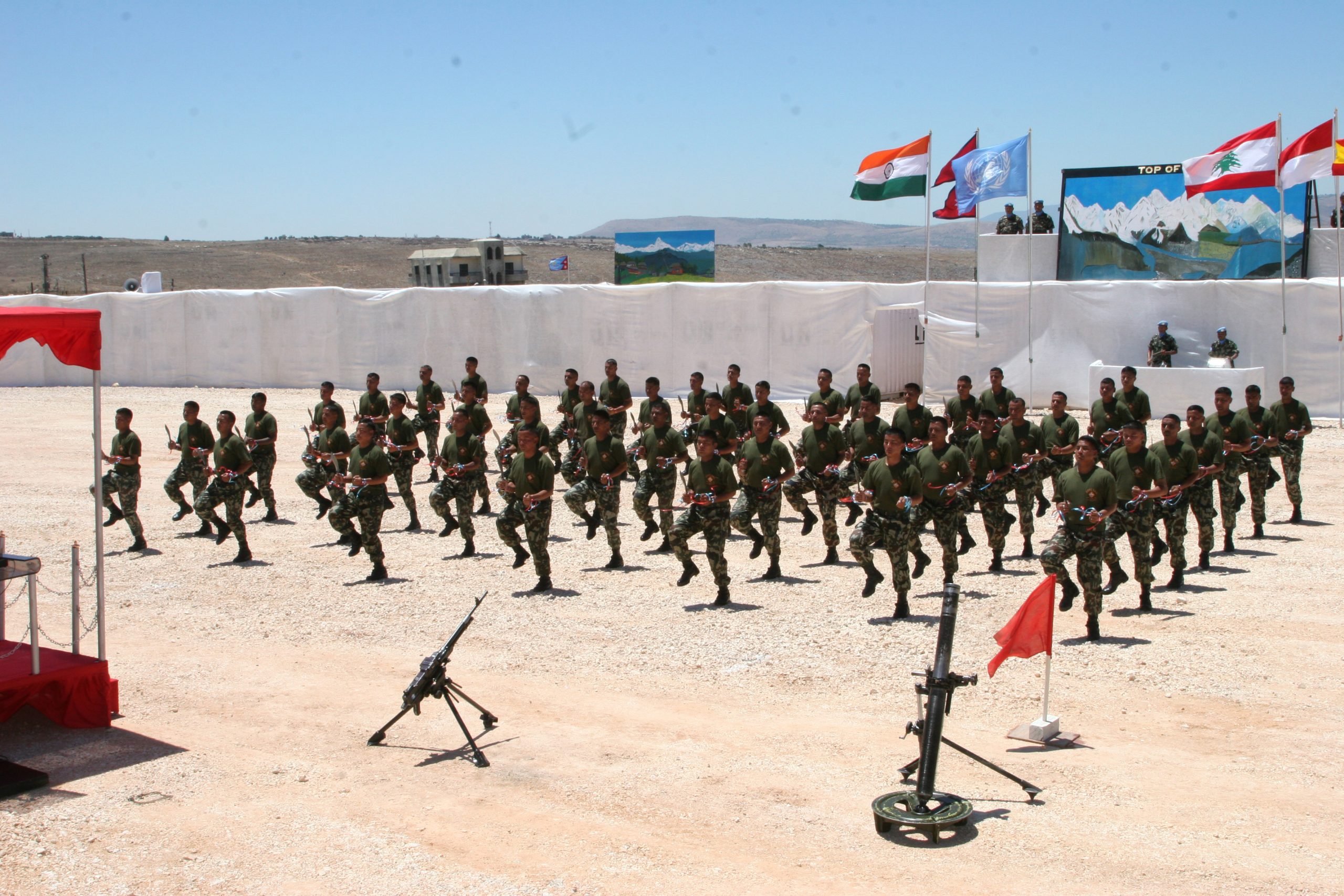 Currently, Nepal ranks as the fourth largest troops-contributing country in the UN, how do you plan to upgrade its status?

It is one important figure we can embrace for the future. It is the true reflection of our professionalism. It is also an opportunity for Nepali Army to help in modernizing it. Our participation and supreme contribution in keeping, making and enforcing peace and security in different missions have established Nepal Army as the renowned peacekeepers and Nepal as the country of ‘Peacekeepers’, which underscores Nepal’s lasting honour as ‘the birthplace of Lord Buddha’.

Today more and more countries have been interested in deploying peacekeepers in peacekeeping missions. As regards your question, there is a growing competition among the troops and police-contributing countries (TCC/PCC). We must have certain competencies to uphold Nepal’s legacy as trusted peacekeepers; such as rapid deployment capability, skilled commanders and troops able to address the undefined challenges of the multi-dimensional peacekeeping environment.

In order to achieve these competencies, Nepal has expressed by the decision of the government, our will to deploy as many as 10 thousand troops at any one time. In addition, we are enhancing the skills and capabilities of the peacekeepers through objective pre-deployment training at Birendra Peace Operations Training Center, Panchkhal. Likewise, we have also enforced comprehensive logistics maintenance of the contingents deployed in different missions to keep them operationally ready as defined by the UN standards.

Therefore, to keep ourselves as the first preference peacekeepers, we have a plan to enhance the competence of the commanders and troops, increase the effectiveness of our contingents backed by effective logistics, conduct sounding peacekeeping operations to fulfil the mission mandates and adhere to a zero-tolerance policy towards SEA and other cultural sensitivities of the host nations.

You have experience of working as Force Commander in Golan Heights from 8th February 2015 to 8th February 2016. How can we improve leadership positions like those that you did in various UN peacekeeping missions?

To my satisfaction, Nepal has lately received an increasing number of leadership positions as Force Commander and the field staff at higher positions. Leadership positions at these levels demand strategic competencies in Generals and Officers and are selected through a global announcement and competitive selection procedure.

Therefore, selection in UN peace missions depends more on individual competence. We have put forth certain scope to increase participation in such leadership/higher positions, which has given fruits as well, that Nepali Army has lately received important positions at different field missions as well as at the UN HQs.

Similarly, we have also reminded time and again – officially and unofficially – the responsible departments in the UN HQs and respective Mission HQs for increasing the number of leadership positions and key staff roles vis-à-vis the number of troops deployment of the Nepali Army.

Other than the UN, if other independent nations or world organizations ask for military presence for peacekeeping, does Nepal Army support them?

I do not think so; our foreign policy objectives do not support this proposition. Nepal Army’s deployment on the auspice of the United Nations is made by the decisions of the Government of Nepal, as it is the signatory of the United Nations charter and of which we are responsible to uphold.

I personally believe that in Nepal’s geostrategic realities, Nepal should not deploy troops other than decided and funded by the United Nations. In international relations, Nepal must maintain its policy of neutrality in world affairs; with which comes its peacekeeping credibility.