Delay in bringing vaccine from China 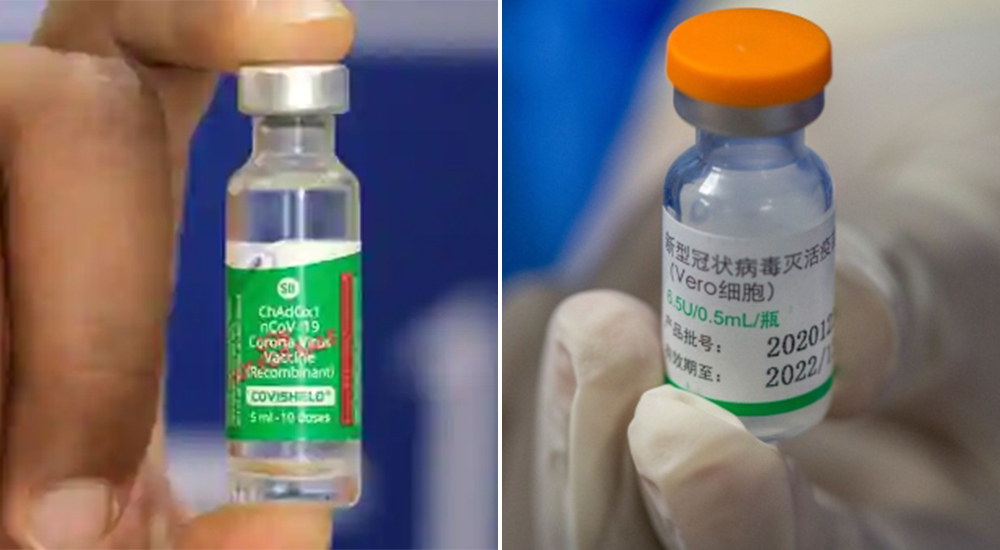 It has been almost two months since the Covishield vaccine was produced in India and the second phase of the vaccination campaign is underway. While the Chinese vaccine is being tested, Nepal has asked for the vaccine.The Ministry of Health has said that the vaccine will be available in the next two weeks.

China has already announced to provide 800,000 Sinopharm vaccines to Nepal. The Department of Drug Administration, which has given permission for the emergency use of the vaccine, is in the process of obtaining additional documents from China. According to sources, the supply has also been affected due to the delay in the arrival of required documents from China to Nepal. Documents have been delayed due to the long New Year holiday in China.

China says that even if eight lakh vaccines are given free of cost, the transportation should be done by Nepal itself. China is shipping to Africa and Latin America. It is said that there is a problem with transportation as there are no flights from Beijing to Kathmandu.

It is understood that the government is preparing to supply the vaccine from Nepal Airlines Corporation or Himalayan Airlines. However, it is estimated that it was not possible to bring the vaccine immediately as the Himalayan Airlines flight from Chongqing to Nepal was blocked for some time. According to the Department of Health Services, China will provide 800,000 doses of the vaccine, but it is not clear which airline will do it.

If the government charters a plane, it is estimated to cost $10,000. However, the Ministry of Health and the Department of Health have suggested that charter flights should not be used to bring in grants. India had brought 1 million doses of vaccine to Kathmandu on January 26 on its own plane.

The Ministry of Health has decided to change the previous priority and vaccinate only the citizens above 65 years of age. It is unknown at this time when others will be getting vaccines.

Covishield or Sinopharm? Which is better?

According to the Ministry of Health, 19 of those vaccinated in the first phase had symptoms of serious illness. But no one is seriously ill.

Health Minister Hridayesh Tripathi has promised that the government will provide free treatment to the sick if they get vaccinated. On the one hand, there is an attraction in the Indian Covishield vaccine. Even high-ranking politicians are urging Prime Minister KP Sharma Oli to vaccinate with confidence.

Virologist Dr. Santosh Dulal says the Covishield vaccine developed by Oxford is more effective than the Sinopharm. He informed that the Sinopharm vaccine was made by chemically inactivating the coronavirus. However, Covishield, developed by Oxford and AstraZeneca, has genetically modified the COVID spike protein in the chimpanzee’s adenovirus vector. Due to which Covisild does not have a significant effect on the body.

According to international media, the effectiveness of SynoPharm is 79 per cent and that of Covisild is 84 per cent. Sinopharm contains a deadly virus that is unable to infect humans. This vaccine activates the body’s immune system to protect it from covid infections by directing it.

Public health expert Dr. Sameer Mani Dixit says that if any vaccine is more than 50 percent effective, it can be taken with confidence.

Oxford’s Covishield vaccine, on the other hand, has been shown to prevent not only serious cod disease but also infection. According to a recent study from Oxford University, even a single dose of the Covishield vaccine provides better protection against COVID. The vaccine has been found to be 76 percent effective even in the first three months. However, some countries, including France, have stated that the Oxford vaccine will not be used in the age group of 65 years and above.

Lately, Asian diplomacy has been guided by the supply and development of vaccines rather than politics. The prestigious foreign policy magazine The Diplomat reports that in the early days of COVID, mask diplomacy flourished in Central Asia, and in recent times, “vaccine diplomacy” has emerged.

Vaccination diplomacy has created a new dimension of diplomacy in the Asia-Pacific region, which has been destabilized by geopolitical interests. In Asia in particular, India, China and Russia are at the forefront of vaccination diplomacy. All three countries have promoted vaccine transportation as a soft power around the world. Even the US Pfizer and the modern vaccine are in the shadow of these three countries.

“Of course, vaccine diplomacy is also playing a role in the existing regional and global agendas,” said Alexander Cooley, director of Columbia University.

However, there is a tug-of-war between China and Russia over vaccine diplomacy. For example, Kazakhstan, a major partner in the Chinese project BRI, decided to use the Russian vaccine Sputnik-V instead of the Chinese vaccine. However, China has its own interpretation of this. China has responded that there is no room for geopolitical questions in vaccine supplies, but rather that local supply and transportation structures are responsible. The Diplomat magazine also mentioned that vaccine diplomacy is a model of foreign policy.

“Of course, China is trying to internationalize our influence on vaccines. According to the Financial Times, the United States is partnering with its Asian partners in India, Japan and Australia to counter China’s vaccination diplomacy.

Under the Covax facility, Nepal will receive a total of 14.8 million doses of vaccine. The first consignment of 348,000 doses has arrived in Kathmandu this week. In addition, Russia and the UAE have also announced to vaccinate Nepal, but it has not been decided.

Despite Japan’s lag in vaccine diplomacy, it is pushing for “vaccine diplomacy” by exporting the necessary equipment and supplies to some developing countries. It announced this year that it would provide financial assistance to countries affected by covid in the Asia-Pacific region in an effort to vaccinate against the virus.

Under the Covax facility, Nepal will receive a total of 14.8 million doses of vaccine. The first consignment of 348,000 doses has arrived in Kathmandu this week. In addition, Russia and the UAE have also announced to vaccinate Nepal, but it has not been decided.