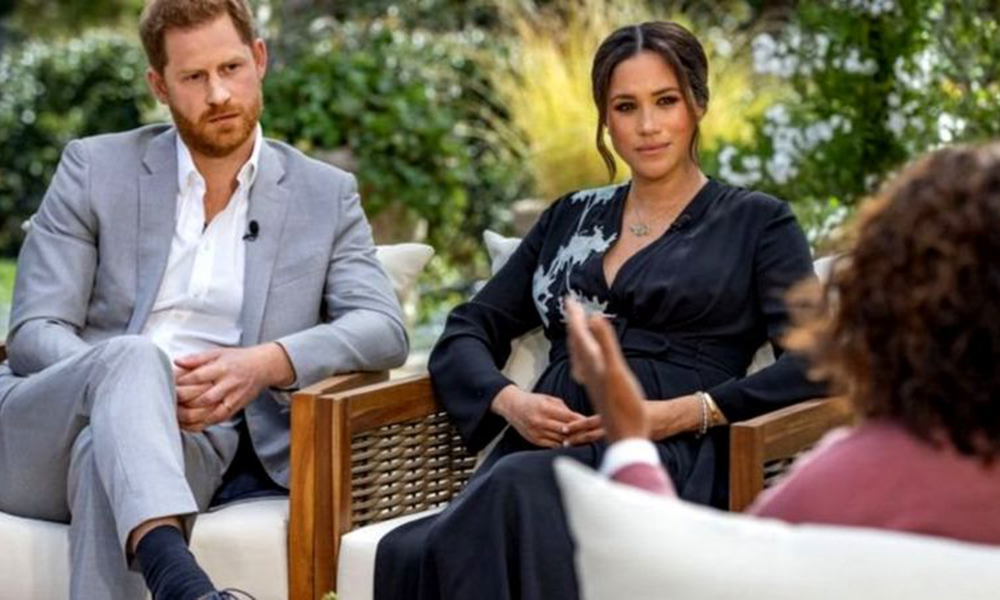 Buckingham Palace has said it will discuss the issue in private after Prince Harry and his wife, Meghan Markle, accused the royal family of racial discrimination.

In a recent interview with American journalist Oprah Winfrey, Harry and Meghan revealed that one member of the royal family had discriminated against them.

“The whole royal family is saddened to learn the extent of how challenging the last few years have been for Harry and Meghan,” said a statement from Buckingham Palace. “They are taken very seriously and will be addressed by the family privately.”

According to the statement, members of the royal family will continue to love Harry, Meghan and their son Archie. In an interview with Winfrey, Meghan revealed that a family member had asked her how black her son might be. She made it clear during the interview that the queen and the prince had not made this comment.

Former American actress Meghan is the first woman of colour in the British royal family.

Harry and Meghan’s interview was discussed around the world, and pressure was mounting on Buckingham Palace to respond to racist allegations. The statement was released from Buckingham Palace after an emergency meeting between senior members of the royal family.

In an interview with Winfrey, Harry and Meghan talked about racial discrimination and apartheid within the royal family, their mental health, and the media’s treatment towards them.

British journalist and television presenter Piers Morgan has had to leave television after making offensive remarks about Meghan. He has been the host of Good Morning Britain on ITV since 2015.

Morgan tweeted, “No matter how much Meghan talked about her mental health and suicidal thoughts during the interview, I don’t believe it.”

There were 41,000 complaints on ITV about Morgan’s remarks. A spokesman for ITV said: “Morgan has decided to leave the program after talks with ITV and we have implemented his decision.”

This is not the first time Morgan has been embroiled in controversy. He has been criticized several times before for his controversial tweets.

“In the early days, I felt very lonely,” Meghan said of her experience with the royal family. I have never experienced such a thing in my life. I was bound by many rules. I couldn’t go out to eat with my friends.”

She added, “I could only be happy with Harry. Sometimes he had to go out, and I couldn’t sleep until midnight.”

“I didn’t want to live,” she said when asked by Winfrey to explain Meghan’s earlier use of the word “unsurvivable. I couldn’t tell Harry because he had lost so much in life. This scary thought was always running through my mind.”

Meghan was asked why she was thinking of committing suicide. “Because I thought everything would be solved then,” said Meghan.

During the interview, Harry also expressed sadness that his family did not oppose racial discrimination. They also talked about the conspiracy to deprive their son Archie of security and the title of royalty.

“The rule that my children should have the title of Prince or Princess had been changed,” Meghan said. “When I was pregnant, they told me that this rule had changed for my son. Why did I ask?”

She added: “It had been confirmed when I was pregnant that my children will not receive the title of Prince or Princess. There were worried talks about how black Archie would be when he was born.”

Earlier last year, Harry announced that he and his wife, Meghan, would be separated from a senior member of the royal family and would work for financial independence. The Prince’s decision caused a great stir in the British royal family. They said they lived in North America. After living in Canada for some time, the couple is now in the United States.