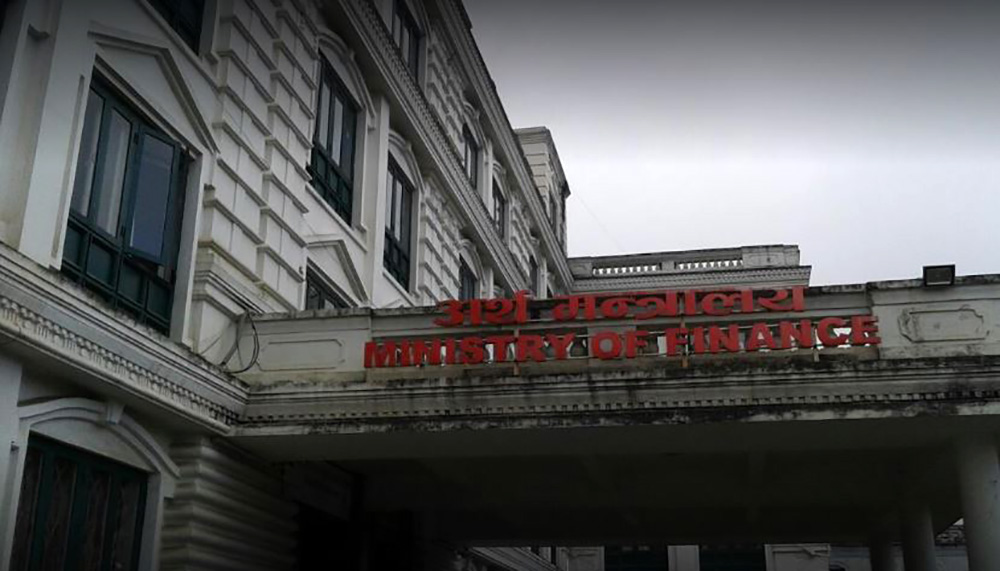 KATHMANDU: The Ministry of Finance has expedited the preparation of the budget for the Fiscal Year 2078/79. The National Planning Commission’s delay in sending the budget ceiling has also delayed the budget homework.

According to the medium term expenditure structure, a budget of up to Rs. 1,697.57 billion can be prepared for the current fiscal year. However, the Finance Ministry does not appear to be in favour of bringing forth such a large budget. In the current fiscal year 2076/77, the ceiling of Rs. 1666 billion was given by the Commission and the amount presented by the government was Rs. 1532 billion. This time too, the government will bring in a budget slightly smaller than the commission’s ceiling, according to Finance Ministry officials.

According to officials, the current state of Nepal’s economy, Gross Domestic Product, revenue collection, foreign loans and commitments on grants could grow by about 5 to 10 percent.

Chief of the Budget and Programs Division at the Ministry of Finance, Dhaniram Sharma, says that the budget for the current fiscal year is not in line with the medium-term expenditure structure.

“COVID has affected Nepal’s economy. Looking at the Gross Domestic Product, commitment of foreign aid, and the state of revenue sources, a budget of Rs 1697 billion is unlikely,” he said.

He estimated that the budget could increase by about 10 percent over the current fiscal year. He said that even if the concerned ministry presents the budget on the basis of the ceiling sent by the Planning Commission, the shape of the budget would more or less be shaped accordingly.

Based on the budget ceiling sent by the Planning Commission, each ministry has been asked for possible budget expenditure and the ministries have moved ahead with the work of proposing budget with their departments and offices. For this, the Ministry of Finance has started requesting to propose a budget by including it in the LMBIS under the integrated financial management system of the Ministry of Finance.

Various ministries will demand the required current and capital budget expenditure, in which the ministry demands a budget including its mandatory obligations, expenditure on old and new projects.

Similarly, there is a Revenue Advisory Development Committee under the coordination of Mahesh Dahal to ensure the sources of revenue for the coming fiscal year. Under the leadership of the committee, the Customs Department and the Inland Revenue Department are holding discussions with the concerned stakeholders on the identification of possible areas of revenue, current tax rate, possible changes in the range and other issues, according to the Ministry of Finance.

Article 7 of the Economic Procedure and Financial Accountability Act 2076 provides that the Planning Commission should send the budget ceiling within 28th January. However, the commission had sent the ceiling later than the deadline. Therefore, the pre-preparation discussion of the budget was started only from the third week of February.

The team has already started the necessary discussions, according to the ministry. The team is also working on the preliminary draft of the principles and priorities of the budget appropriation bill.

There is a constitutional obligation to present the budget in both the houses of parliament on 28th May. During the preparation of the budget, the Ministry of Finance publishes more than a dozen booklets including economic survey, policy and program, budget speech, red booklet, details of budget, first booklet, annual status review of public enterprise, white booklet, resource book of foreign aid projects.