Discussion on role of Speaker in Baluwatar, possibility of disruption if Prachanda addressed as CPN leader 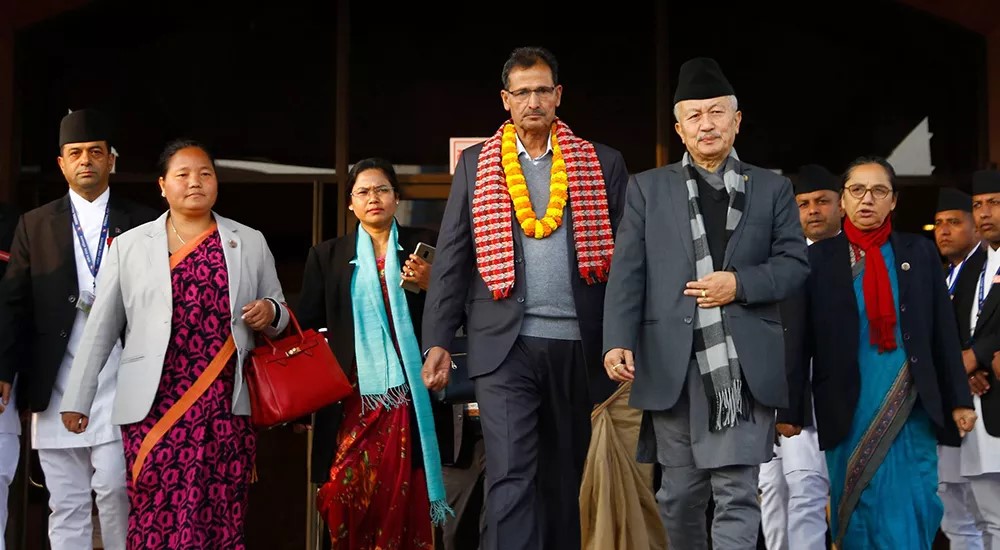 KATHMANDU: The ruling CPN led by Prime Minister KP Sharma Oli has said that the role of Speaker Agni Sapkota is suspicious and that the ruling party’s parliamentarians may not allow the House to function if the party does not comply with the constitution and law.

During a discussion between the leaders of the CPN Parliamentary Party and the office bearers at the PM’s residence in Baluwatar on Saturday night, the Speaker raised the issue of recognizing the Prachanda-Madhav faction as a party, according to a leader.

He said, “The speaker’s ways have not risen above Prachanda’s guerrillas even now. Leaders are not the ones to speak in today’s meeting. But Sapkota is ready to allow Prachanda to speak as the leader of the party. If this happens, then conflict may arise.”

As the CPN is not legally divided and the leader of the parliamentary party is KP Oli legally, the Prachanda-Madhav faction has twice called Prachanda a political leader but the secretariat has not given this a legal recognition.

The secretariat has already recognized Bishal Bhattarai as Chief Whip of the CPN. However, the speaker has refused to meet Bhattarai. The Business Advisory Committee meeting should be held before the Parliament sitting today. It is said that other Pro-Oli lawmakers including Bhattarai and Whip Shanta Chaudhary have not received any news so far.

It is seen that the impact of the CPN dispute will start from the Business Advisory Committee. According to a source, the speaker is in consultation on whether to hold a meeting of the advisory committee or not. Discussions are also underway to start the parliament directly without holding a consultative meeting.