CPN: Oli-Prachanda’s or Rishi Kattel’s? Decision to be made today 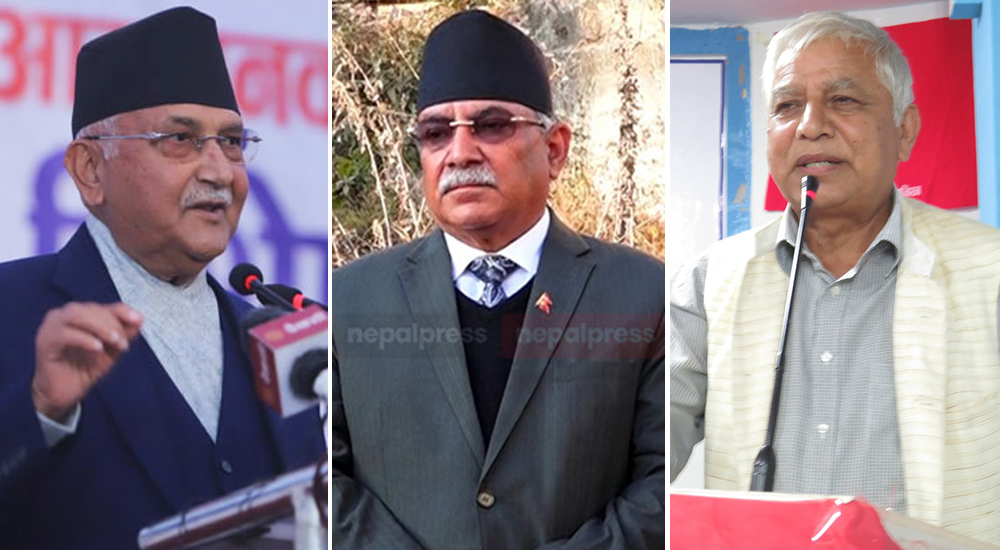 KATHMANDU: Does the Communist Party of Nepal (CPN) belong to Rishi Kattel or KP Sharma Oli and Pushpa Kamal Dahal ‘Prachanda’? This issue is being resolved today.

The case related to the name of the Communist Party of Nepal, which could not be heard in the court on Thursday due to the day being a public holiday, is about to be resolved today.

A hearing on the writ petition filed by CPN Chairman Rishi Kattel two years ago was scheduled for Thursday.

However, the hearing was adjourned due to the death of former Chief Justice Surendra Prasad Singh. A bench of justices Kumar Regmi and Bam Kumar Shrestha will pronounce the verdict today.

He had gone to court after the Election Commission ruled against Kattel’s demand. Kattel’s case, which reached the court in December 2018, is about to be decided on after two years.

If the Supreme Court gives the authority of the CPN to Kattel, the CPN headed by Oli and Prachanda will have to change their names.

Although the CPN has technically split, it has not split legally. If Oli and Prachanda do not sign a joint name, the CPN dispute will escalate into another crisis and the party’s registration may be revoked.