I am not in the race to become Prime minister :Deuba 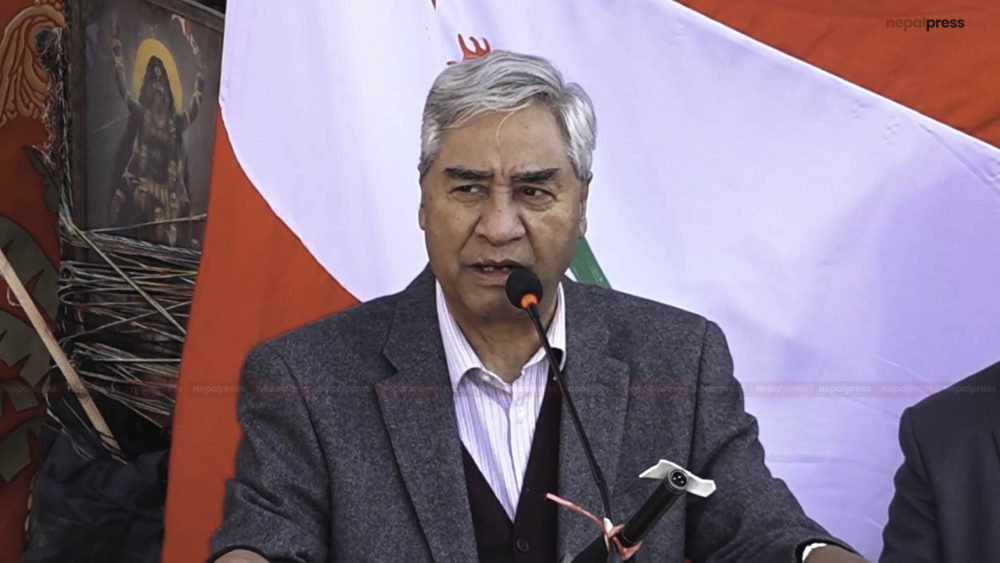 KATHMANDU: Nepali Congress President Sher Bahadur Deuba has made it clear that he is not in the race for the PM’s job.

While the formation of a new government is being discussed as the House of Representatives is approaching, Deuba has said that he is not in the race for the PM’s job.

Speaking at a function at his residence on Saturday, Deuba said he was not in the race for the PM’s job despite being in opposition. “You see, the leader of the main opposition party is the waiting prime minister, but I’m not in the race,” he said.

He said that he did not want to get involved in internal squabbles within the CPN.”This is their internal matter. We will not stand for or against it,” Deuba explained.

On the recommendation of the government, President Bidhya Devi Bhandari has convened a session of the House of Representatives on 8th March.

The Prachanda Nepal faction of the CPN  is preparing to bring a no-confidence motion against Prime Minister KP Sharma Oli in the House of Representatives.

The Prachanda Nepal group plans to bring a no-confidence motion with the Congress and nominate Deuba as prime minister.

But the Congress has not yet made any decision.