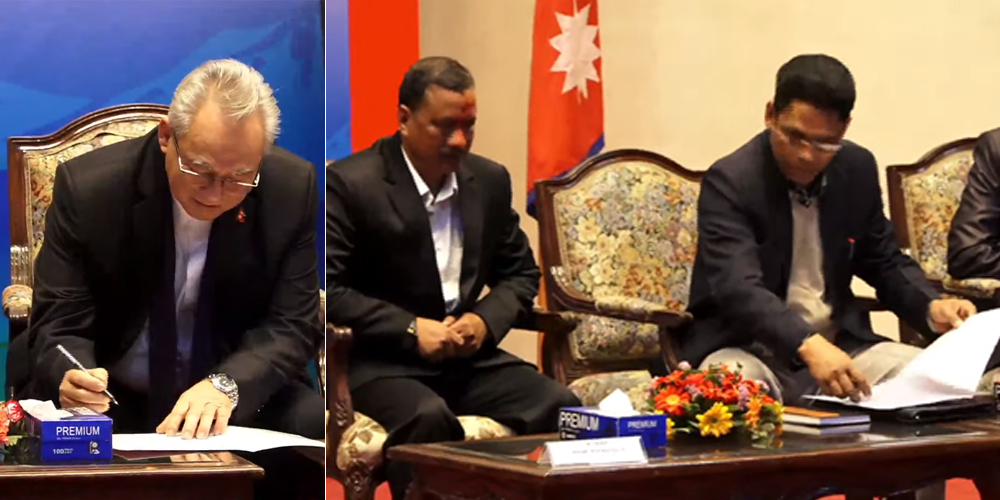 KATHMANDU: A three-point agreement has been signed between the government and Netra Bikram Chand Biplava-led CPN.

As per the agreement, Biplav led CPN is ready to run its affairs peacefully.

The first point of the agreement states that both sides have agreed to resolve the country’s political problems through dialogue and dialogue. In the second point, the CPN has been asked to conduct all its political activities peacefully.

The third point is to lift the ban on the Biplav, release the jailed cadres and dismiss the entire case.