KATHMANDU: Payment service provider Khalti has suspended the accounts of Nepali agents involved in the illegal betting business of 1XBet.

1XBet, which has been running electronic trading, revenue fraud and hundi business along with illegal betting business in Nepal since 2018, was doing payment business by recruiting agents in Nepal.

Some time ago, after the illegal business of 1XBet was exposed in Nepal Press, the Cyprus based Russian betting company 1XBet pretended to shut down its website in Nepal for some time. Earlier, e-services, Connect IPS, NIC Asia Bank, Khalti and other platforms that it used were removed from its platform.

However, according to information received by Nepal Press, 1XBet was employing its agents through various means. “1XBet has been doing business via networking by creating channels on various social networks recently,” the source told Nepal Press. “This medium has also been blocked after Khalti blocked the agent’s account.”

Khalti has informed that about 300 to 500 accounts with 1XBet written in the transaction remarks as well as suspicious transactions have been suspended.

“We have suspended around 300 to 500 accounts which contained suspicious items mentioned in the remarks and unusual and other suspicious transactions,” said Arun Shah, Head of Finance at Khalti. “Nepal Rastra Bank has restricted the individual accounts, which is why agents have been found to be using business accounts.”

Shah told Nepal Press that it is difficult to track all the transactions as not all have anything related to 1XBet written in the remarks. However, he said that the regulatory body has been informing NRB by suspending the accounts as soon as suspicious transactions take place.

“We are updating the NRB regularly. We have suspended 300 to 500 suspected accounts,” said Shah. He said that the list of suspicious users was also submitted to NRB last August. However, NRB has not shown much interest. Shah has also responded that there has been no follow-up from the NRB on the issue.

A source close to 1XBet has informed Nepal Press that the suspended Khalti accounts do not all belong to the agents. “There are not many agents in Nepal, at most, there may be 150,” the source said.

The suspension of accounts of the agents who are helping in such illegal business on a daily basis has caused problems in deposits and withdrawals, creating havoc in 1XBet.

Nepal Rastra Bank has also confirmed that Khalti has submitted the details of suspicious transactions using its platform and monitoring has been started on this.

“Accounts used for online betting/gambling and reports of suspicious transactions have been reported by Khalti,” said Bhuvan Kandel, Executive Director of the Payment System Department at Nepal Rastra Bank. “An investigation into the matter will begin soon and, if necessary, police assistance will be sought.”

Until recently, 1XBet, which openly used digital wallets for transactions and celebrities for promotion, has recently stepped up its campaign through e-mail and social media. Its agents in Nepal used to send a few percent of the money deposited by the user through Hundi.

By doing business this way, agents have been earning commission from 7 to 11 percent of the total transaction. It can be easily estimated that hundreds of thousands of rupees are flowing out of Nepal daily via 1XBet alone. This is because an agent earns more than 5,000-50,000 per day from commission alone, according to sources. 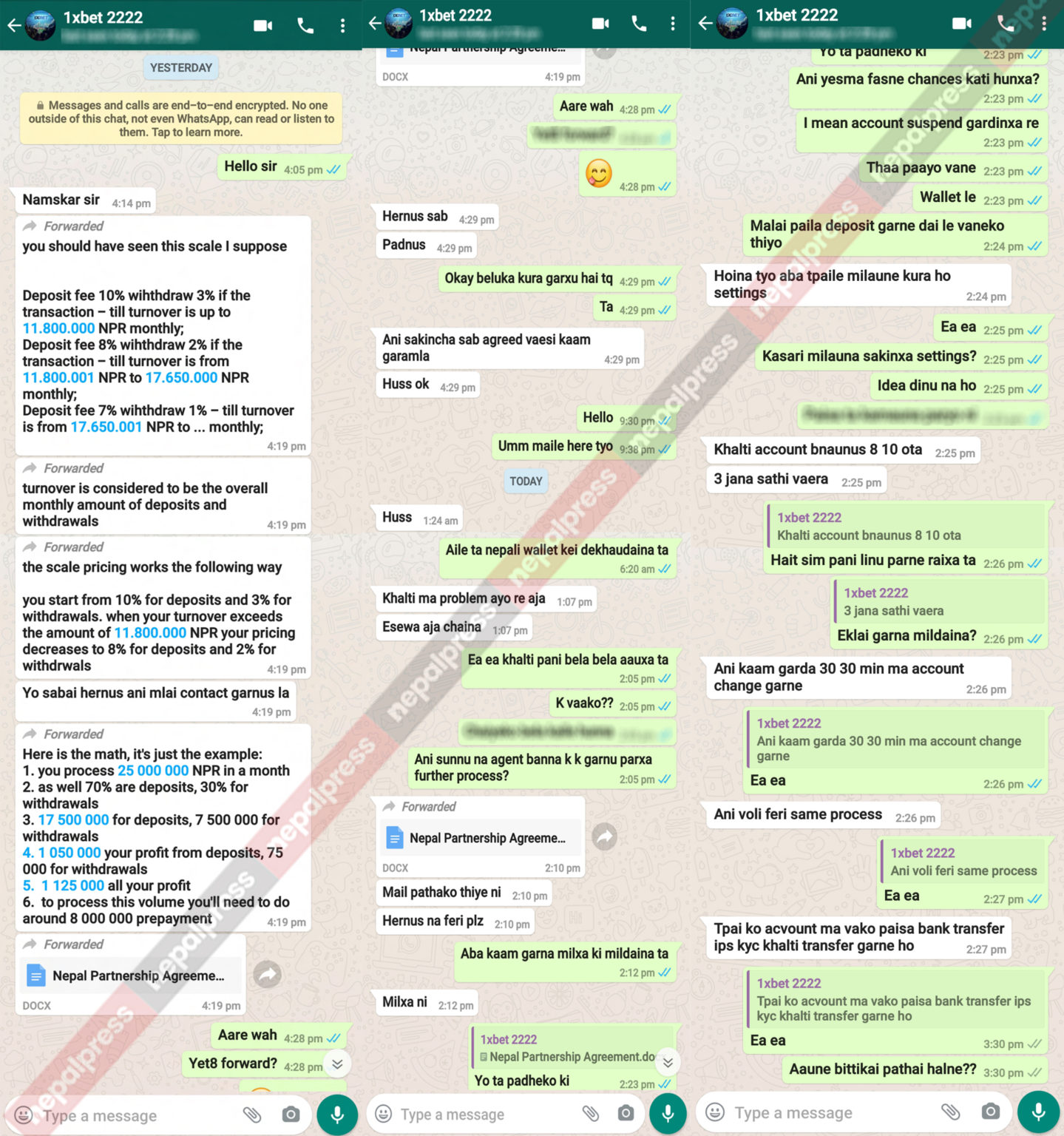 The company is still offering Nepali youth to become agents. The company has made the proposal with the help of social media including Facebook, WhatsApp and Viber. 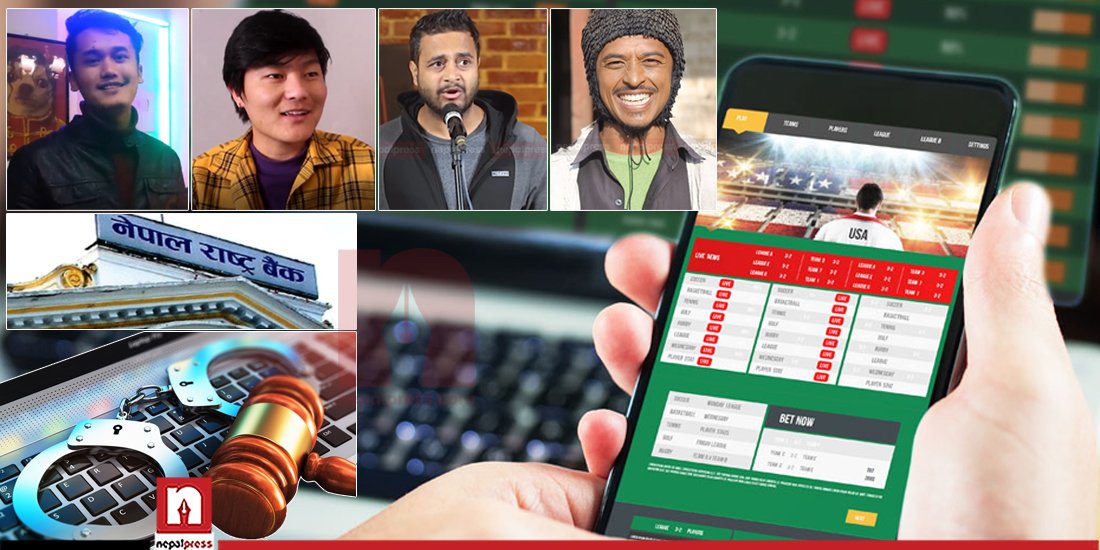 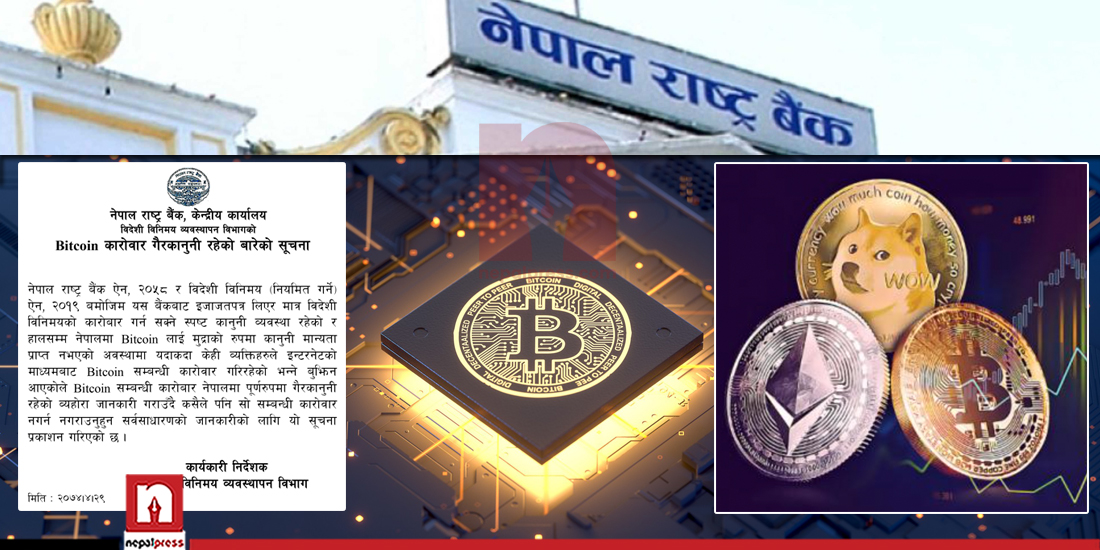