Upliftment of national self-esteem amidst a myriad of challenges 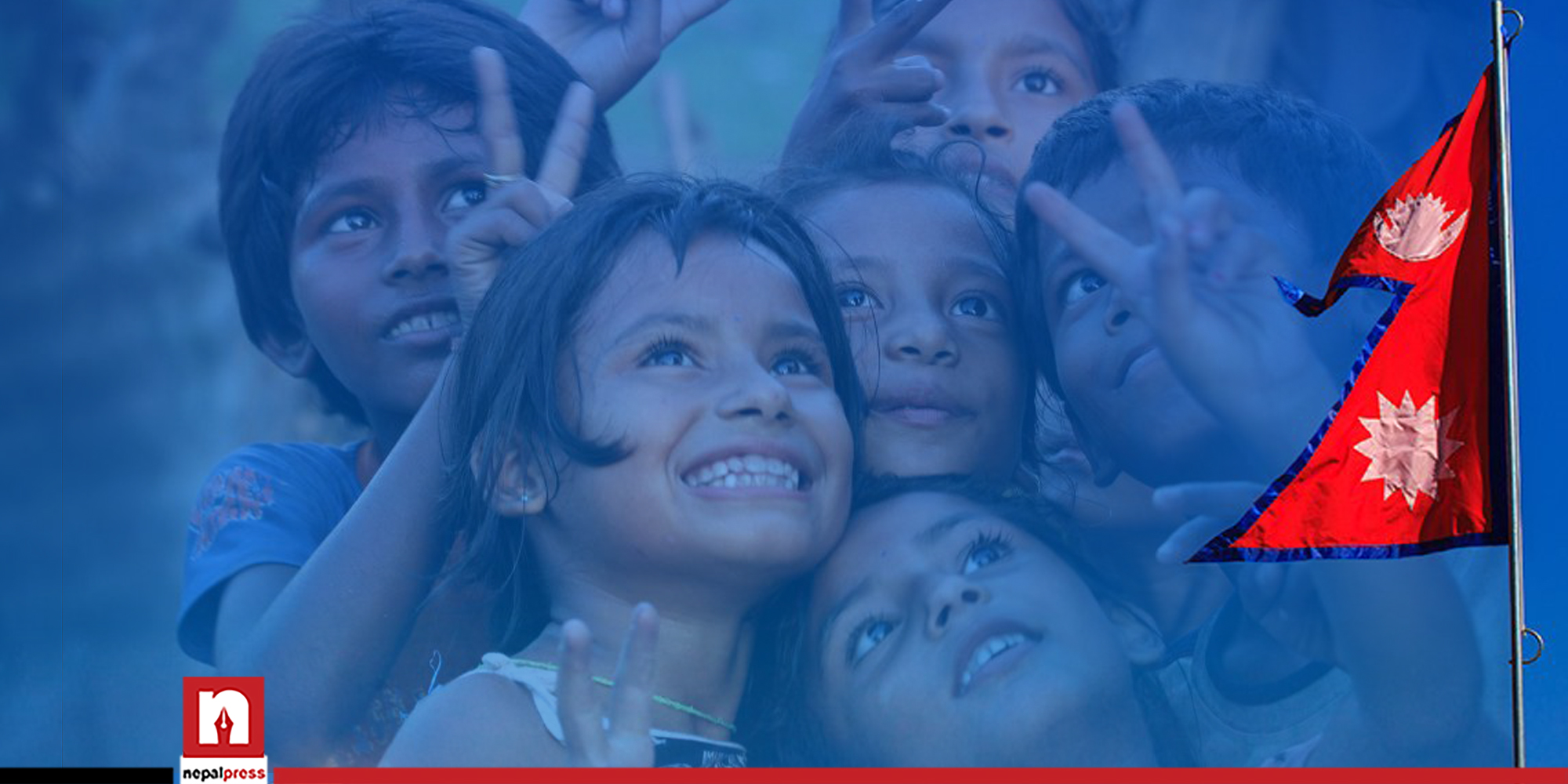 Who wants to be known as ‘poor’? Being poor is a constraint, obligation and weakness. If you are financially backward, no matter how much you pretend, society recognizes you as poor and treats you accordingly.

The same trend applies to countries. No country can enjoy the ‘poor’ identity. When the country is not economically prosperous, it cannot effectively position itself on the international field. The powerful nations do not recognize you and even your neighbours will despise you.

It is almost at the same time that Nepal has been recommended for inclusion in the list of developing nations and China has declared itself a poverty-free country. Although there is no direct relationship, this has a symbolic meaning. While neighbouring countries are sending a message to the world that poverty has been eradicated from their country, we are compelled to be excited that we will be removed from this list after five years.

In any case, this is a matter of happiness for Nepalis. It is also historical. The government will certainly interpret the transition from an underdeveloped country to a developing one as an ‘achievement’ of its tenure. Foreign Minister Pradip Gyawali said the recommendation provided great confidence in Nepal’s resolve to become a middle-income country by 2030.

However, many are considering this promotion to be limited paper only. In reality, Nepal’s economic situation has not changed much. Neither development nor construction has made significant leaps. Some things have been done, but people are so upset because of the political turmoil in the country that they have not been able to realize the development that has taken place. The young generation does not have confidence in the future of the country. This is why the upgrade of Nepal from LDC has not attracted much interest or enthusiasm among the people. Even the cadres of the ruling party do not seem to understand this as a great achievement. Otherwise, why would they fail to light candles in Maitighar or exchange laddus, like Prachanda-Madhav?

According to the UN definition, LDCs are those countries where socio-economic development indicators are weak and human development is low. The list of LDCs was first made public by the United Nations on November 18, 1971. As of December 2020, 46 countries of the world are classified as LDCs. A large portion of this belongs to African nations.

Nine countries in Asia, including Nepal, are on the list. Nepal, Bangladesh, Afghanistan and Bhutan are underdeveloped countries of South Asia.

In general practice, Japan and China in Asia, Israel in the Middle East, Canada and the United States in North America, Australia and New Zealand in Oceania, and Europe as a whole are unofficially recognized as developed countries or regions. These nations are also donors to underdeveloped nations. They set aside a small portion of their budget for underdeveloped nations and provide grants under various headings. There are also concessional loans.

There are no criteria for moving from a developing country to a developed country. Nowadays, the so-called developing nations do not have determined criteria for facilities or responsibilities to be carried. Thus, countries in this category are in a situation of neither-give-nor-take.

Poverty, human resources and economic sensitivity are the three areas on the basis of which the United Nations lists various countries in the list of LDCs. At least two of these criteria must be met for a country to upgrade to a developing status. In terms of poverty, countries with a per capita income of less than 1025 are listed as LDCs. There is a provision of promotion from LDCs after the per capita income crosses 1230.

Nepal has not met this threshold even now. According to the latest figures from the Department of Statistics, Nepal’s per capita income is only 1,051. Although the government has set a target of raising per capita income to 1,200 by 2022, the target is unlikely to be met as the country’s economy has been badly hit by the COVID crisis.

Although the per capita income criteria has not been met, Nepal has been promoted on the basis of the other two criteria. Nepal has improved human resources, including nutrition, health, education and adult literacy. Nepal has also met the criteria in terms of economic sensitivity, including volatility in agricultural production, imports and exports of services, percentage of the population displaced by natural disasters, and the economic importance of unconventional activities.

The human resource index should be more than 66 and the economic risk index should be below 32 out of 100. These two thresholds have been met by Nepal. Nepal has a Human Resources Index of 72.1 and an Economic Sensitivity Index of 25.4.

However, in 2015, Nepal was eligible for promotion from the list of underdeveloped. Nepal also looked worthy in the second review in 2018. There is a provision for upgrade after qualifying twice in a row. However, this was halted after the government of Nepal requested that the upgrade be postponed until 2021.

Nepal had expressed reluctance to upgrade, saying that the economy was affected due to the earthquake. In Nepal, the National Planning Commission had recommended to the government to postpone the promotion for three years. The then Deputy Chairman of the Planning Commission, Dr Swarnim Wagle had written a letter to Prime Minister KP Sharma Oli advising him not to raise the country to the developing list without a respectable per capita income.

Advantages of the promotion

We Nepalis have been hearing and understanding our country as the most backward country in the world. This has created a kind of national inferiority. From the government to the people, there is a perception of being weaker than others. After all, even developed countries consider least developed countries like Nepal ‘beggars’.

The most important achievement is that we are no longer in the category of the most backward. This will boost national self-esteem. The perception of being a citizen of a least developed country and of a developing country is somewhat different. One can hope that Nepal’s status on the world map will be promoted and that other countries will look at Nepal with a more respectful eye. At least we will rise above the status of beggars.

This is the emotional aspect of it. There are also some practical benefits. As Nepal’s status increases, foreign institutions may be attracted to engage in economic activities here. This may increase foreign investment in Nepal. Increasing foreign investment can create employment and contribute to poverty reduction.

Being on the list of least developed countries was like an identity card of poverty for Nepal, on the basis of which the country had been enjoying various concessions and exemptions from the international community.

Let’s talk about some of the opportunities that Nepal will lose as it progresses.

What about the next five years?

Nepal has not already risen in the developing category, it is only certain that it will rise. Nepal has been given five years to prepare for this. That is, the facilities and facilities received by Nepal will continue till 2026.

In these five years, Nepal will have to come up with concrete plans to boost its foreign trade and increase its self-reliance. If the country does not work towards this, moving from LDCs to developing countries can be counterproductive for Nepal.

Even now, Nepal’s per capita income has not reached the level of a developing country. We are still under two hundred dollars. In order to raise per capita income, it is necessary to create employment, for which promotion of industries and the agriculture sector is necessary. This is also the path to self-reliance.

Balancing foreign trade is another challenge for the government, which needs to increase export-oriented products, and efforts must be made to facilitate trade in different countries.

Let’s take the promotion of Nepal to a developing country as a positive subject, consider it a starting point and begin preparing for upcoming times!