It will be comfortable for India if the Nepali Congress, People’s Socialist Party and us unite: Prachanda 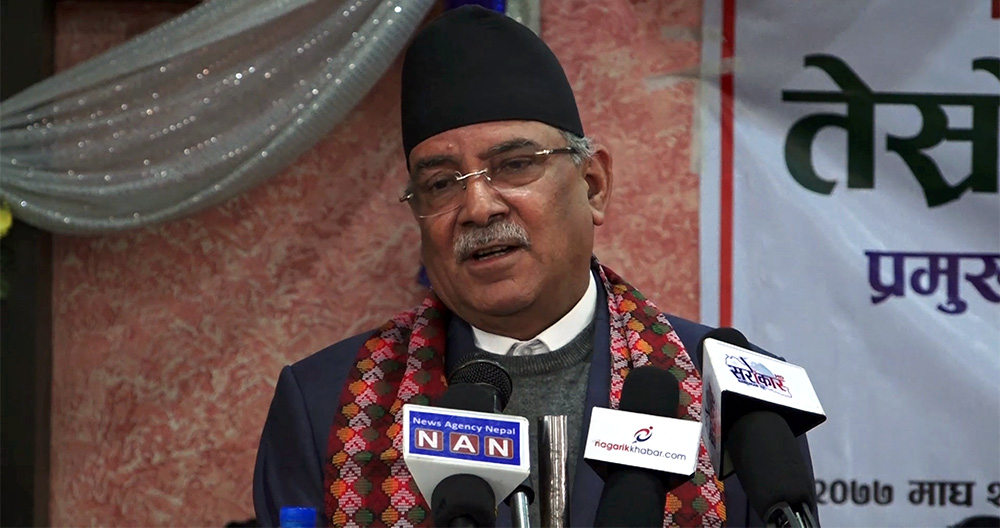 KATHMANDU: Divided CPN Chairman Pushpa Kamal Dahal ‘Prachanda’ has said that it would be ‘comfortable’ for India and China if his party, the Congress and the Janata Samajwadi Party worked out their equation.

In an interview with Rishi Dhamala on Prime Television, Prachanda said that there would be no stability and development in Nepal without a good understanding with India.

Dahal said, “Nothing will be more comfortable for India than us, Nepali Congress and Janata Samajwadi Party uniting. It is also comfortable for China. This is a good possibility and I have said that we must go into this.”