Oli’s five ‘Action Plans’ after dissolution of House of Representatives 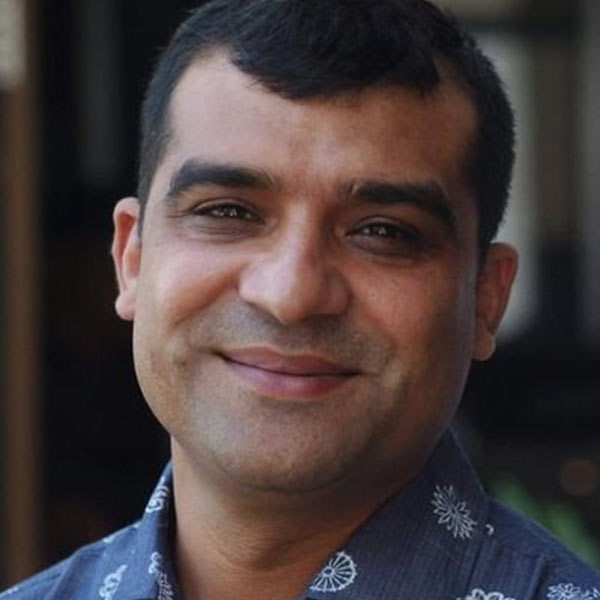 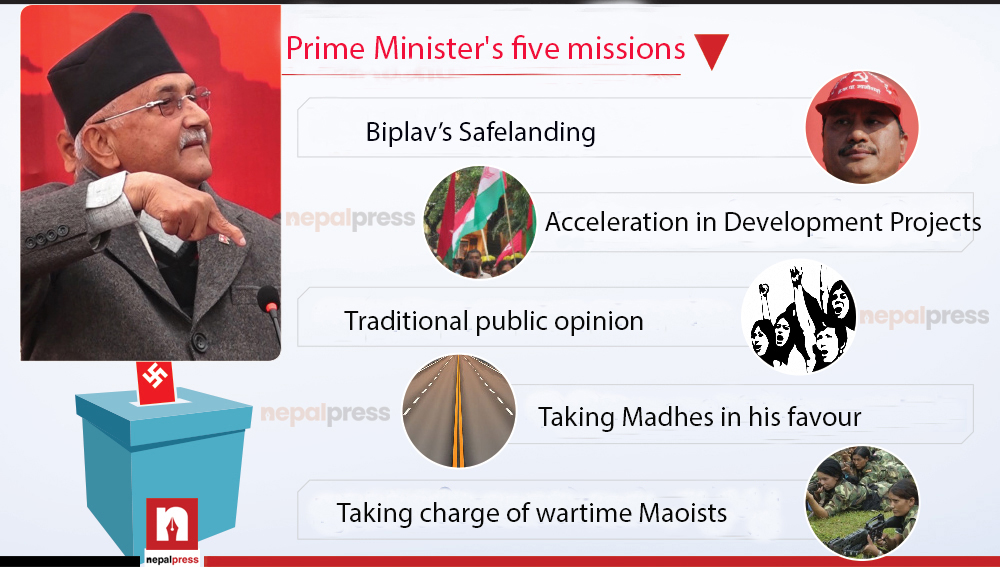 KATHMANDU: One evening a year ago in January, while talking to a team of civic leaders in Baluwatar, the Prime Minister had said – “This parliament will not work. It will not even allow the government to work. Why not think of alternatives when such a parliament does not support the journey of prosperity as I thought it would?

Even before the kidney transplant, the Prime Minister had signalled that the House of Representatives would be dissolved as tensions within the party escalated. However, no one took it seriously at the time.

After Prime Minister KP Sharma Oli returned to Baluwatar after a successful kidney transplant, an equation was formed within the party to remove him. It can be understood from his recent statement that the Prime Minister has been thinking of dissolving the House of Representatives and going for midterm elections since then.

According to sources, Oli made five strategic action plans before taking the risk of dissolving the House of Representatives. In the two months since the dissolution, the action plans have been partially successful, but he has sought to accelerate them.

The MCC could not be passed by the dissolved parliament. Both Speakers did not pass the resolution, and the United States was dissatisfied. In India, too, the dissolution of the parliament that passed the new map was dismissed as an internal matter. However, Prachanda is urging to support democracy.

Here, the Prime Minister and Chairman of the divided CPN Oli briefly discusses five strategies that have been implemented. The future of the ‘Oli Roadmap’ is also linked to the days before and after the court’s decision.

Prime Minister Oli and Home Minister Ram Bahadur Thapa (Badal) had reached an agreement with Prachanda before taking a decision on banning the Netra Bikram Chand (Biplav) – led CPN. In the meantime, the negotiation process, which the rebel group did not want, suddenly moved forward intensively at the behest of the Prime Minister after the dissolution of the House of Representatives.

Immediately after the dissolution of the House of Representatives, Baluwatar had secretly initiated informal dialogue with the Biplav group after receiving information that Prachanda was also trying to communicate with the Biplav through Krishna Bahadur Mahara. A team including Minister of Drinking Water Minister Mani Thapa was deployed in it.

The arrest of Dhamendra Bastola was probably a tactic of negotiations. After the discussion between the two sides, Biplav issued a statement saying that it was positive for the talk to be held on Saturday. Gokul Baskota, a CPN leader and Former Minister close to Oli, who was aware of the incident, tweeted in the morning that day, “What will happen today? Definitely something new.”

However, a central member of the CPN  who came in contact with the Nepal Press said that the ban would be released.

If Oli’s strategy of bringing Biplav into peaceful politics with the lifting of sanctions and the formation of a negotiating team succeeds, it will be a significant success and the country will be freed from violence.

Another action plan drawn up by the Prime Minister is to complete, accelerate and initiate large and visible development projects. Oli, who has been telling people through large gatherings that he is always being obstructed from within the party to move forward on the journey of prosperity, has shown interest in prosperity projects.

He has formed a team comprising Deputy Chairman of the Planning Commission Dr. Pushpa Kadel and his Development Affairs Advisor Gajendra Thapaliya and sent them to the field to understand the progress of projects of national pride and development of other physical infrastructures. The team itself is visiting to understand the progress of some projects..

The Project Chiefs have started pointing out what the Prime Minister is saying – visible progress in the reconstruction of the remaining structures including the Dharahara and the expansion of major highways is needed. The Prime Minister’s interest has increased in the DPR of tunnels and railways as well as the railways with China.

Meanwhile, the government is inaugurating five industrial zones in different states and the Prime Minister has been recounting the road blacktop as an indicator of progress in all his speeches. Health Minister Hridayesh Tripathi says that the government has succeeded in vaccinating against COVID. Compared to other countries, Nepal has been successful in vaccination.

The Prime Minister’s eyes are now on the “Conservative Mass”.

Some even argue that the more the Prachanda-Madhav faction calls Oli anti-federalism and anti-secular, anti-republican, the more public opinion will be attracted to him. A few days ago, a journalist shared this analysis in an interaction with the editors of Prachanda and Madhav Nepal at Yak & Yeti Hotel.

Oli has deliberately put forward the history of the birth of Ram in Ayodhyapuri of Thori and the construction of a Ram temple in Madi. His apology to Pashupatinath is also considered an attempt to attract public opinion.

Oli also tried to win over the Hindu religious public opinion by raising the issue of the Mahabharata period in the General Assembly of Biratnagar on Saturday. Since the ‘Conservative’ referendum cannot be secured from the RPP, Oli’s strategy is to cover the loss of the party split to some extent by winning the votes of that party.

Taking Madhes in his favour

KP Oli’s eye is now on the Madhes. Oli, who brought the ordinance to split the then Samajwadi Party last April, is still in dialogue with the leaders of one faction of the Janata Samajwadi Party. Oli, who has focused on Ishwor Pokharel in Province 2 immediately after the party split, is personally recruiting Rastriya Janta Party leaders into his party.

Madhes has become more favourable for Oli than before. After the split of the CPN, only Province 2 became such that the In-Charge, Chairperson and Secretary of the Province remained with Oli. Getting Prabhu Shah on his side was Oli’s first successful card in Madhesi politics.

In the dissolution of the House of Representatives, the Rashtriya Janta Party is clearly divided. Leaders say that even after the re-election, the Rastriya Janta Party is certain to split. Following the Supreme Court’s decision, some influential leaders of Ja Sa Pa (Janata Samajwadi Party) are joining Oli’s party.

Preparations are underway to take the rest to the polls by including Hridayesh Tripathi. He has also kept an eye on Madhes as there are many voters and many constituencies. Oli has been taking the message from Madhesi leaders that the road expansion from Mahendra Highway to the district headquarters started in his first term.

In Madhes, Oli is also trying to bring CK  Raut into the mainstream of peaceful politics. Raut is now campaigning for the election. According to those close to him, Oli tried to send a message by sending a Madhesi as the Provincial Chief of Province 2.

After the split of the party, four members of the standing committee including Badal, about a dozen members of the central committee and two district chairpersons went to Oli, but the main part of the former Maoists is with Prachanda. People’s representatives elected from the former Maoists are also rarely open to Oli from other districts except for Prabhu Shah’s influence in Province 2.

Leaders close to Prachanda say that 95 per cent of the former Maoists are with Prachanda and only Badal is with Oli. Oli’s strategy is to carry the legacy of the wartime Maoists in particular and to attract disgruntled combatants and Maoist cadres who have not had a chance since entering the peace process.

Leaders close to Prachanda say that 95 per cent of the former Maoists are with Prachanda and only Badal is with Oli. Oli’s strategy is to carry the legacy of the wartime Maoists in particular and to attract disgruntled combatants and Maoist cadres who have not had a chance since entering the peace process.

Oli may have a strategy of linking the wartime Maoists with Badal and Biplav and severing ties with Prachanda. Oli is trying to keep the legacy of the former Maoists with him and is trying to please the victims on both sides by resolving the problems of the conflict victims.

He has meanwhile met former combatants and families of security forces killed in the war in Baluwatar, as well as former security personnel who left their jobs during the war. If Biplav also enters the peace process, Oli may be assuming that the legacy of the former Maoists will be divided into Badal and Biplav, and Prachanda will be severely weakened.

Some of the strategies that Oli has pursued since the dissolution of the House of Representatives have met with partial success. He is said to have devised these strategies as a helpful step in raising his hand even in this fluid and interim situation.

He is trying to establish in public forums from the big assembly that the game has started from within the party to topple the government after his speech and passing of the map to bring back the lost territory including Limpiyadhura. Those close to Oli understand that he has taken the last steps by making an ‘action plan’.

There are three leaders who say that after the dissolution of the House of Representatives, elections will and should be held. They are KP Oli, Sher Bahadur Deuba and Kamal Thapa. Deuba has seen the possibility of victory in the split of the CPN but the Congress has not formulated a strategy on what to do in the event of an election due to increasing pressure on him within the party.

The CPN led by Prachanda-Madhav has not imagined that the election will be held and if the election is held by dissolving the court, it will be unconstitutional. Prachanda has even hinted at boycotting such elections.

Thus, Oli is on an election mission with an action plan. But the future of his “action plan” depends on the Supreme Court ruling this week.