Decision of Supreme Court: Re-establishment of House of Representatives 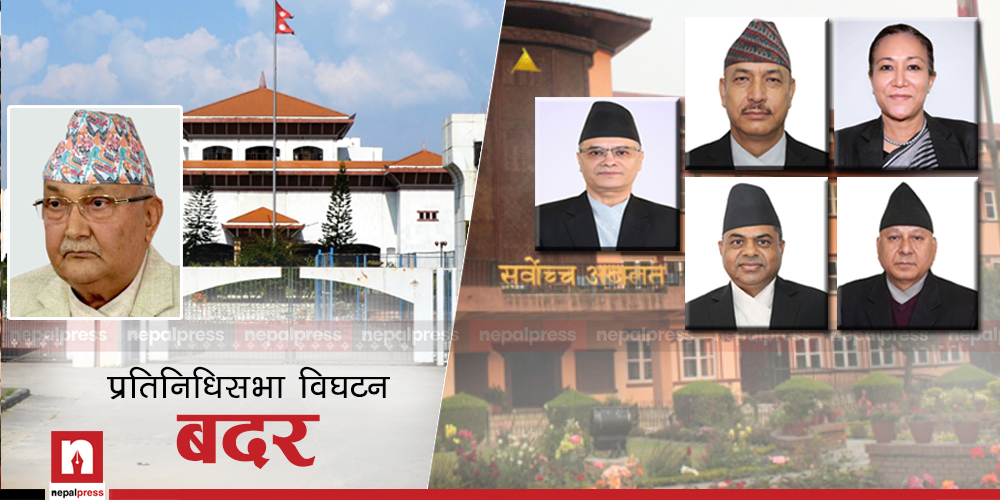 KATHMANDU: The Supreme Court has ruled that the dissolution of the House of Representatives will be revived. The court delivered its verdict today, giving a “surprise” to everyone after a two-month-long hearing in the Constitutional Court. After the debate between the two sides and the amicus curiae’s opinion ended on 19th February, Chief Justice Cholendra Shamsher Jabra had said that the verdict could come any day.

The debate note of both parties was submitted on December 20. Discussions had been going on among the judges in the Constitutional Court since this morning. Many speculated that a decision hearing would be held today. However, sources claim that the bench has agreed to make a decision today saying that the pressure will increase if it is kept for a long time.

The House of Representatives was dissolved by the President on the recommendation of the Council of Ministers. Apart from CPN Chief Whip Dev Gurung, 11 other writ petitions were filed against him. Rana had ordered to take all the writs to the Constitutional Council.

There was even a controversy over whether to move the issue from the Constitutional Court to the Plenary Session. Judges in the Constitutional Court, including Chief Justice Rana, were Vishwambhar Prasad Shrestha, Anil Kumar Sinha, Sapna Pradhan Malla and Tej Bahadur KC. Harikrishna Karki, who was initially on the bench, had said that he would not be on the bench after the opposition lawyer raised the issue saying that KP Oli was the Attorney General in the past. Then the dream is brought in his place. More about this source textSource text required for additional translation information Send feedback Side panel