On crutches, but in constant motion 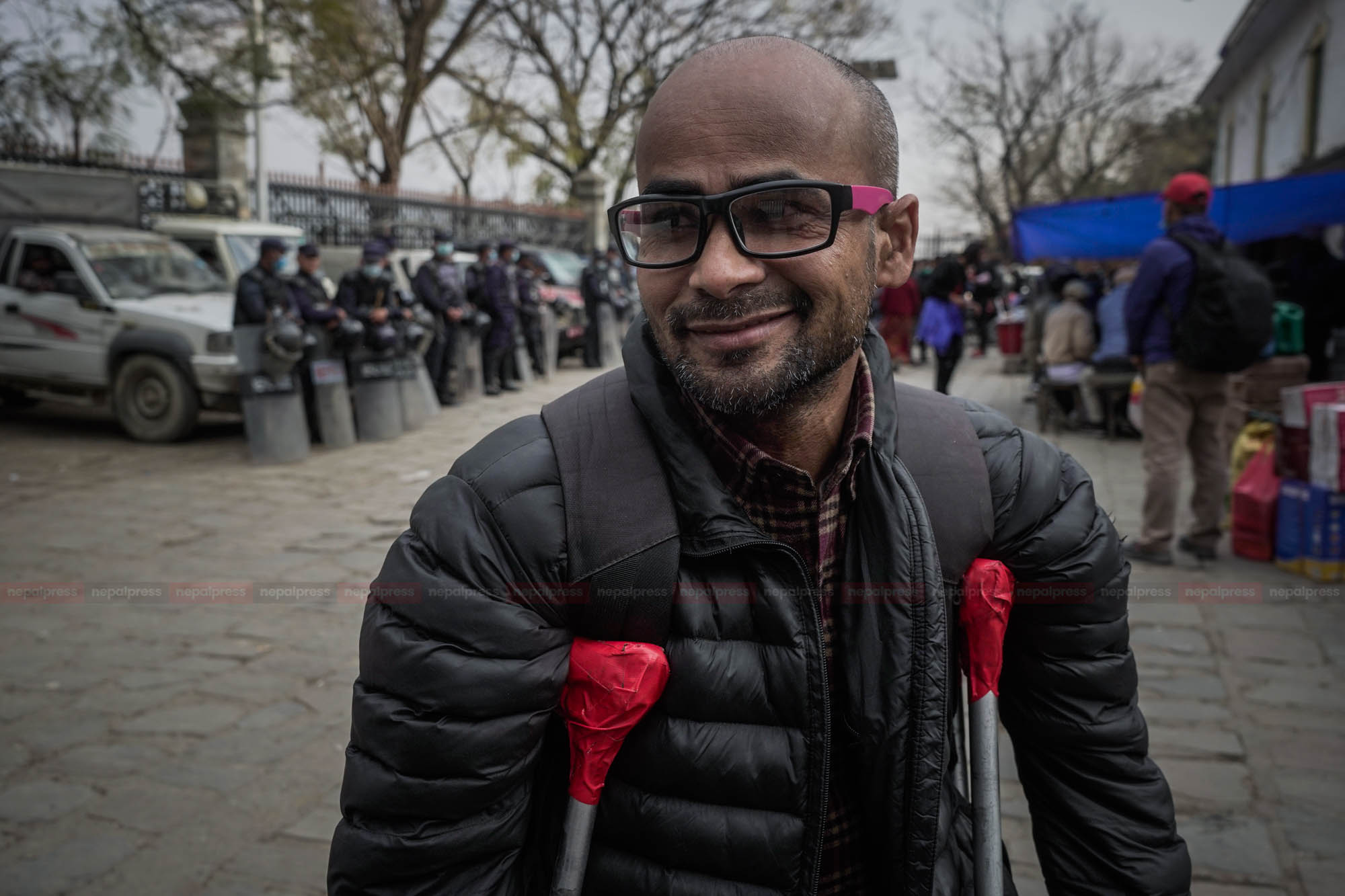 KATHMANDU: A procession of civil activists marched from Ratna Park, chanting different slogans. Writer Khagendra Sangraula was seen holding banners in the procession. There were many familiar activists and literary artists.

At the same time, a middle-aged man was seen in the front row, leaning on a crutch. Suddenly, the attention of civil activists turned to him.

“Walk through the middle. It’s easy for you,” said Mohana Ansari politely. “No, the road is blocked again, that’s fine,” he replied naturally. A photojournalist sympathetically said to activist Vimal Aryal, “Vimal, let’s pay some attention to him.”

Writer Yug Pathak cautiously urged those walking in front, “Make space for him.”

But, his speed was no less than others. “I have been in the movement since 2046 BS,” he said. “Don’t worry, I will take care of it myself.” He seemed excited in the procession, raising crutches while chanting slogans. 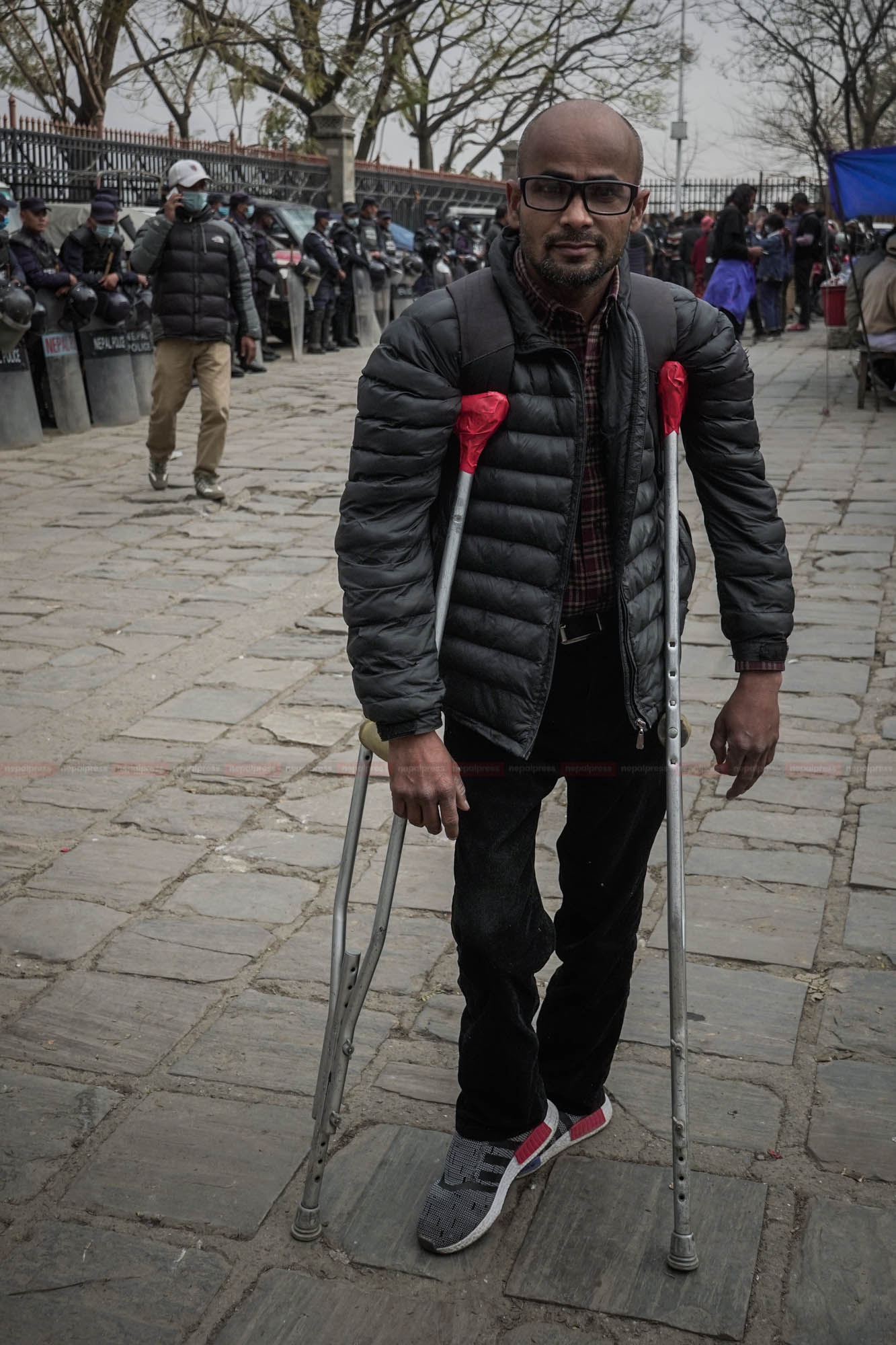 Some of those who show solidarity with the civic movement are confined to social media, who do not want to take to the streets. But, this man is still walking on the road with enthusiasm.

We had a conversation with this person, who was standing and listening until the end of the program.

He is 44-year-old Jilison Shah, who teaches English to St. Xavier’s students. This is not the first time he has joined the civil movement. “I have been here four times,” said Jilison.

The program was at 2 PM, but he thought it was at 12 and thus he was in Ratna Park before half-past twelve. However, there was no movement of citizens.  After getting the information, he went back and returned at 2 PM.

“Whenever there is a crisis in the country, we, the citizens, should not idly sit by. And I like to take to the streets.” says Jilison. On the day Prime Minister KP Sharma Oli dissolved the Parliament, he could not sleep through the night. He tried to take to the streets the next day. However, citizens were not as overwhelmed. They did not want to carry the party’s flag. Then, frustrated, he resumed his routine.

When he found out that civil society was revived, he started showing solidarity in the streets. Jilison feels that the enlightened class has been slow to come to the movement. “They should have come when farmers were lying on the roads, but they didn’t come then. But I am happy to be here, even if it’s late,” he said.

In today’s movement, he wanted to go inside Tundikhel. But, it could not happen. He says, ‘Tundikhel has been taken away from the citizens by the state. It has a long history. It is the heritage of the Newar community. It must belong to the people.”

Coming to the movement this time, photojournalist Usha Titikshu asked Jilison, “Brother, why are you here?” Usha was the first person to take a photo when he came on the streets during the Jana Andolan of 2046 BS. He replied to himself, “How can one be silent if the ego of a ruler is ruining the country?”

At the age of 10, he had paralysis of his knee. Since then, one of his legs is not functional. When he joined the movement in 2046 BS, there were many people who looked at him with sympathy, which he still sees. He says, “Every person is disabled in some way or another. It is the attitude of the people. I am participating in the movement on crutches for change.”

In 2046 BS, he participated in the student movement close to the Communist Party. Jilison has the experience of being in prison for one day. After 2054 BS, he did not follow any political party. He started protesting as an independent citizen. He has an unforgettable memory of his wife and himself joining the street in the 2062/63 movement. 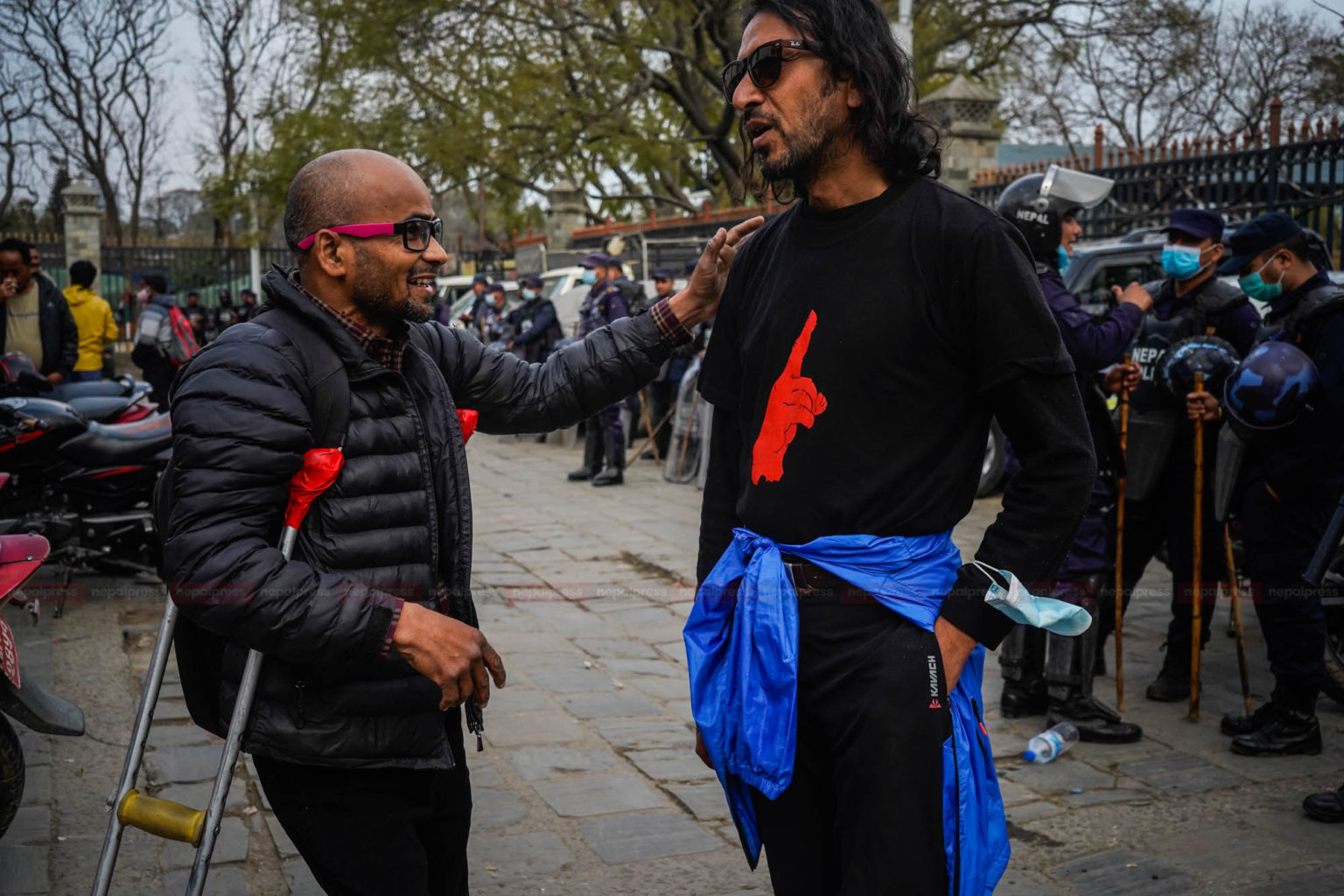 He says that it is unfortunate for citizens to come to the streets time and again for their rights. Jilison explains, “Political parties have never understood the essence of the people. Therefore, the current civil movement should not only be for the restoration of the parliament but also to address the unresolved issues. That is why the movement should not be stopped.” 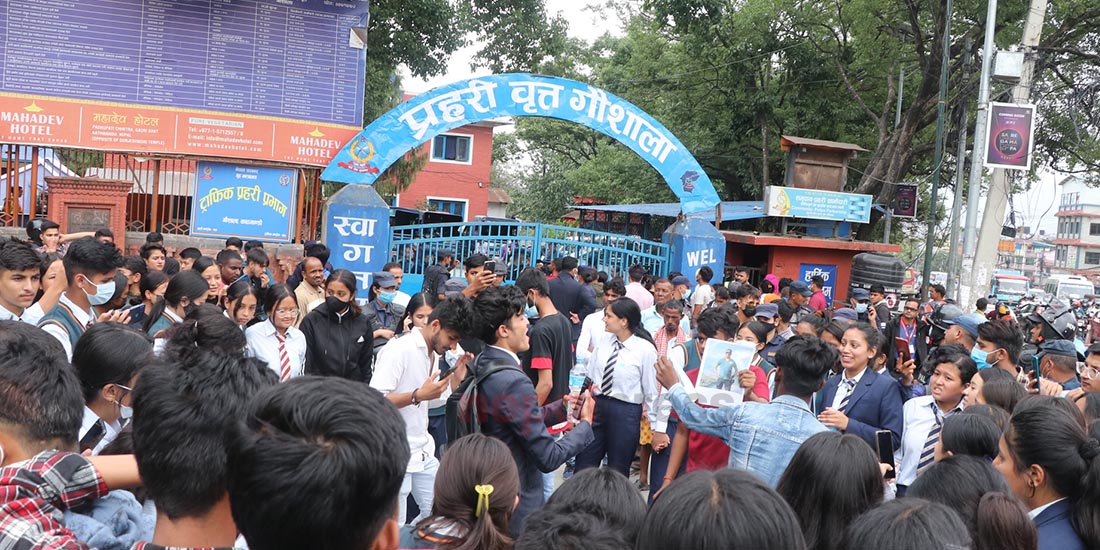 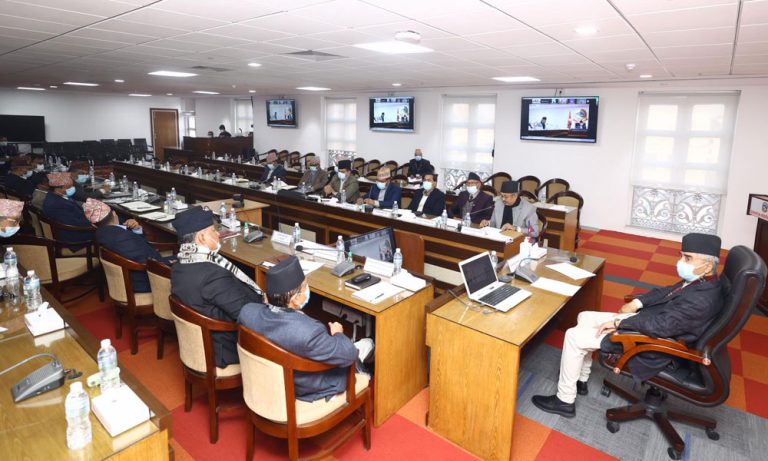 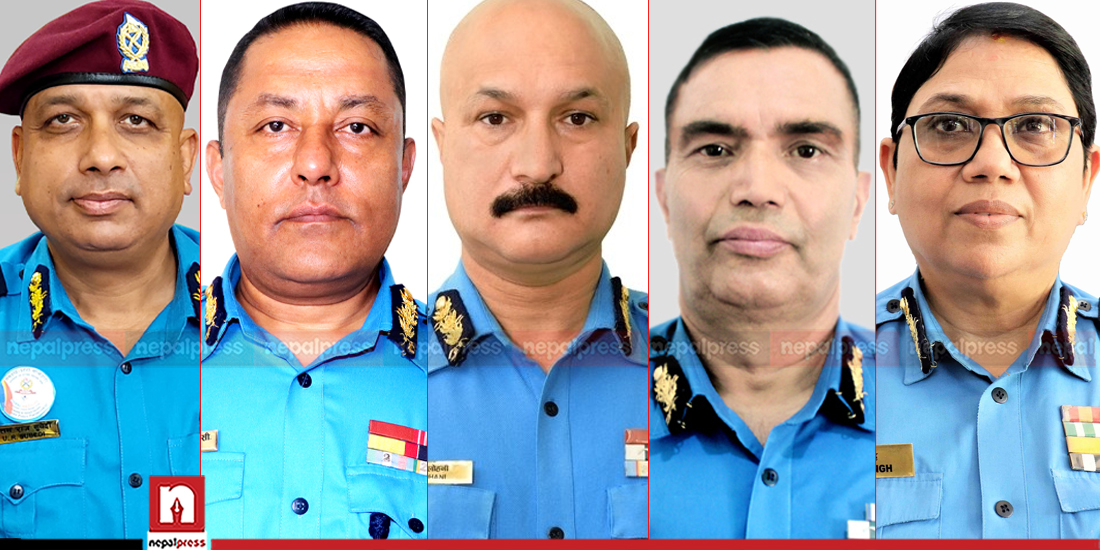