I am adamant on the principle of not fighting with truth and not bowing to power: PM Oli 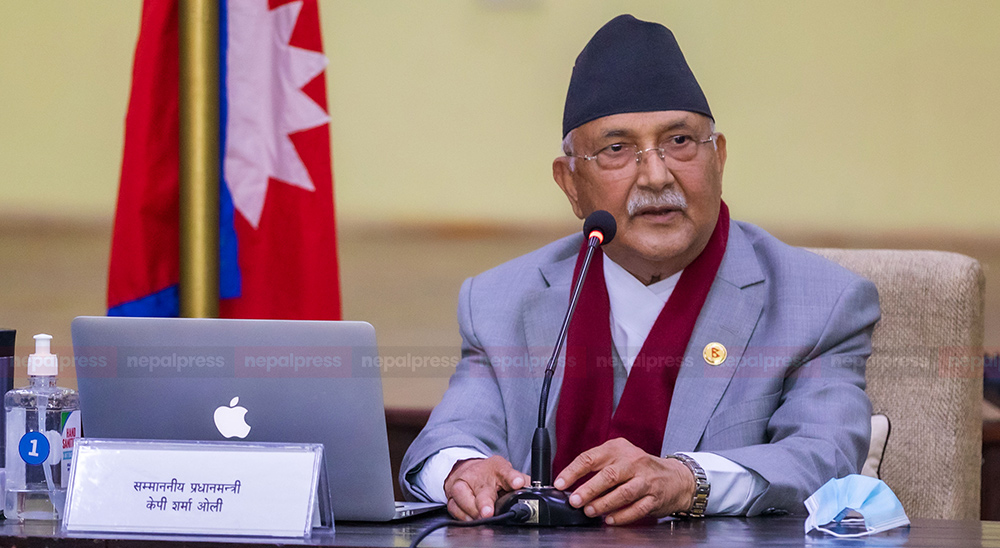 KATHMANDU: Prime Minister KP Sharma Oli has said he has never contempt of court as he had been in jail for 14 years and has been continuously standing for an independent judiciary.

In a written reply to the Supreme Court, Oli said that he was adamant on the principle of not fighting with truth and not bowing to power.

The Prime Minister said that since he was a party in the case against the dissolution of the House of Representatives, it would be natural for him to say that the grounds for winning the case were as follows and also said that the case is worth discarding.

The Prime Minister has said that the petition filed without any facts and only for the purpose of discussion will not only waste the time of the country’s chief executive but also the invaluable time of the esteemed court.