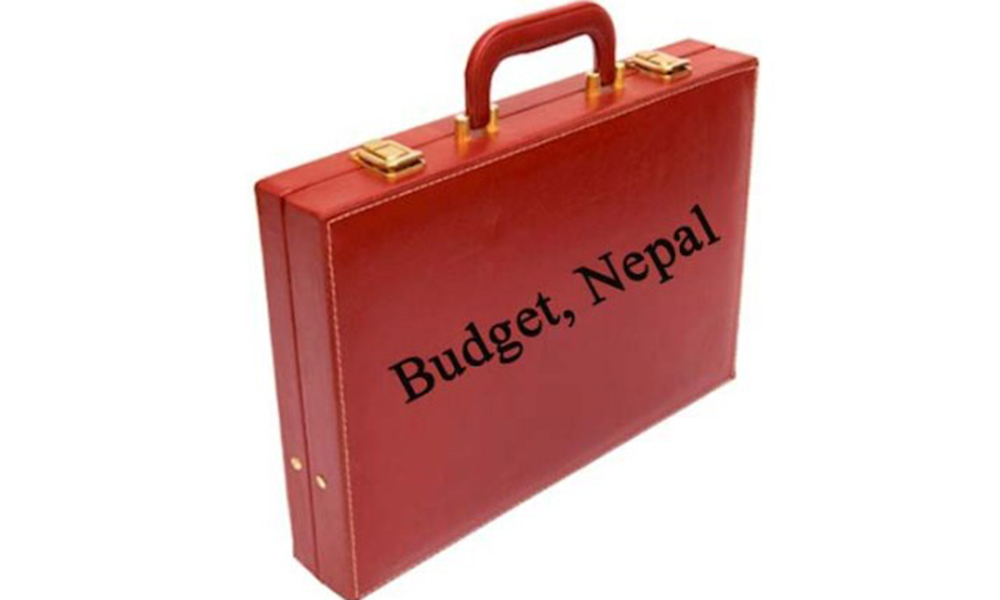 KATHMANDU: As soon as the half-yearly review of the budget for the current fiscal year is over, the Ministry of Finance is busy preparing the next budget. Amid political turmoil following the Dissolution of Parliament, Ministry officials have begun homework on the budget.

According to the Constitution of Nepal, the budget has to be made public on May 30 every year. Although the Finance Minister has a tradition of delivering budget speeches in the Parliament, this time the budget has to be brought through an ordinance as the House of Representatives is in a state of disintegration. If the Supreme Court decides to reinstate the House of Representatives, politics will take a new turn and this could affect the budgeting process. According to a source, the discussion of the budget has started with the assumption that the same government will exist until May 30.

According to a source, the National Planning Commission has discussed new projects, ongoing projects and necessary expenditure with related ministries and sent the budget ceiling to the Finance Ministry. After the commission set the ceiling, the Ministry of Finance has started discussions for resource management.

It has been said that the current year’s budget may be above or below the ceiling sent by the Commission on the basis of expenditure. The Ministry of Finance had revised the budget estimate to Rs. 1344 billion through mid-term review. An official of the Ministry of Finance informed that if the amount is spent as per the revised estimate, some additional amount may be added to the ceiling. “It is not possible to say exactly the ceiling, it depends on how much of the budget is spent,” he said.

Finance Ministry Spokesperson Dr. Ram Prasad Ghimire said that the budget formulation process for the coming fiscal year has started. “A round of discussions has already taken place by summoning the state’s economic affairs advisers. Now we are discussing with former Finance Secretaries. As the Planning Commission has already sent the budget ceiling, it can be said that the budget formulation process has begun,” said Ghimire.

Spokesperson Ghimire said that data, information and details are being collected and consultations, opinions, advice and suggestions are being sought. The Budget and Program Division, Revenue Management Division, International Financial Aid Division, Economic Policy Analysis Division, Planning Monitoring and Evaluation Division of the Ministry of Finance play an important role in budget preparation.

The Customs Department and the Inland Revenue Department, led by the Revenue Advisory Committee headed by former Secretary Mahesh Dahal, are discussing resource management for the budget. The Revenue Advisory Committee is playing an important role in formulating this year’s budget. Under the leadership of the Committee, the Inland Revenue Department and the Customs Department will manage the resources and identify the revenue sources for the upcoming budget.

The Customs Department has stated that discussions are being held with all concerned industrialists and businessmen on issues related to custom rates and collection of customs duty.

Director General of the Department, Suman Dahal, told Nepal Press that the budget preparation process for the coming fiscal year has moved forward in a different way than in the past.

“For the first time in the history of Nepal, we have taken the budgeting process forward under the leadership of the Revenue Advisory Committee. The Inland Revenue Department and the Customs Department are discussing how to manage the resources for the coming year, what the tax structure might be and in which areas tax rates can be changed,” he said.

If the court decides to reinstate the parliament, then the government’s future will be in jeopardy. If a new government is formed, it can start discussions from scratch again.

If the election is not held on time and the date of the election is postponed, the current Finance Minister Bishnu Prasad Poudel will present the budget through an ordinance. Due to the implementation of the election code of conduct, no new project can be presented in the coming budget. A provisional budget may come in to carry out past projects and mandatory obligations.

“If the election is held on time, the new government will present the budget. If not, the budget will come through an ordinance,” Shrestha said. “The budget will focus only on mandatory obligations and expenditure management for old projects.”

Examples from the past

In 2051 BS, the then President of the Nepali Congress and Prime Minister Girija Prasad Koirala presented the policy and program in the parliament. Koirala then dissolved parliament and called for midterm elections. After the dissolution of the parliament, the then Minister of State for Finance Mahesh Acharya had presented the budget for the fiscal year 2051-52 through an ordinance.