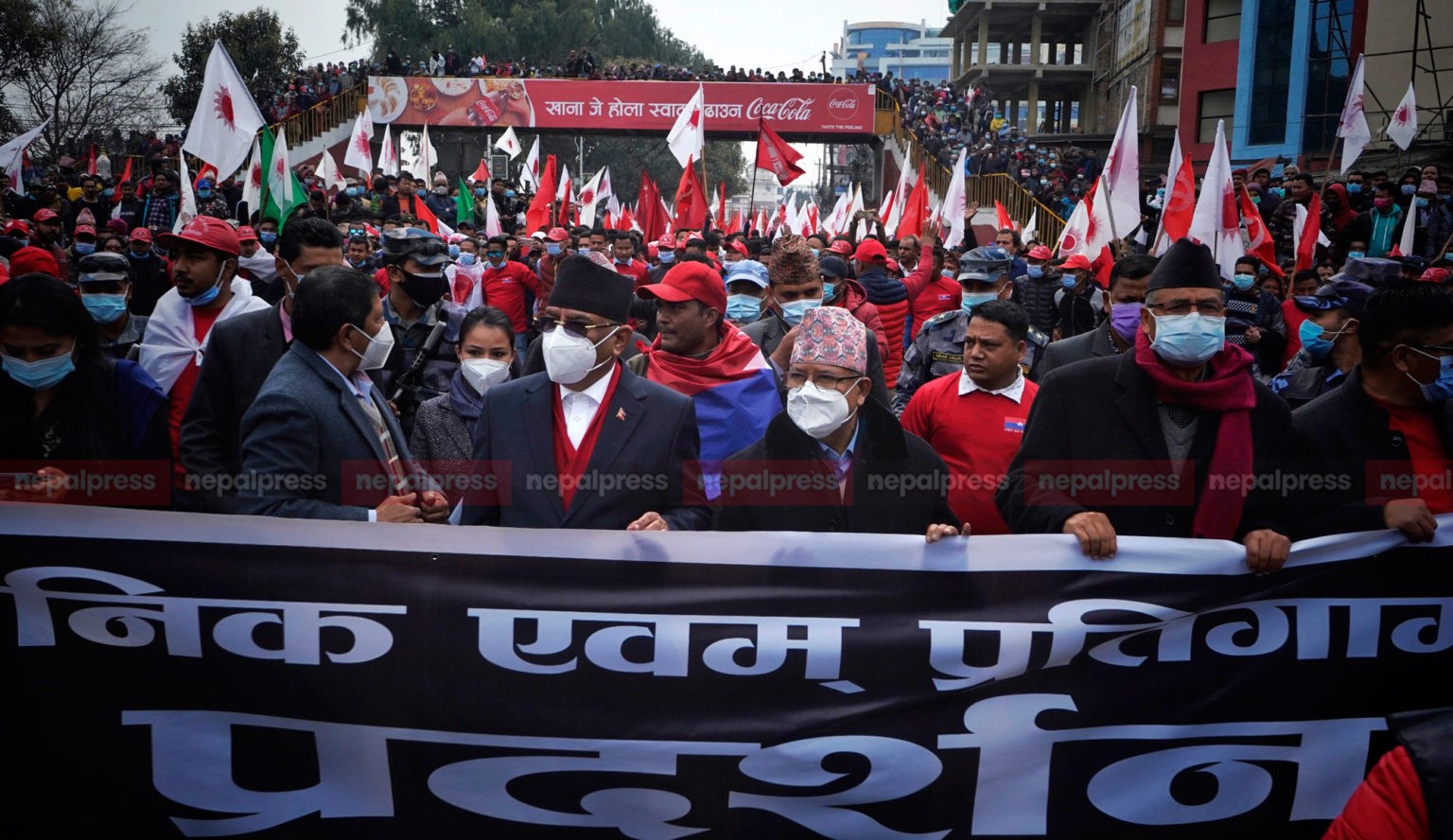 KATHMANDU: The Prachanda-Madhav Nepal faction of the divided CPN is going to announce the third phase of protests against the dissolution of the House of Representatives.

In the afternoon, a press conference will be held to announce additional programs of the movement, Sectretary of the struggle committee Dr. Bijay Poudel told Nepal Press.

A meeting of the secretariat of the struggle committee is being held at the central office Paris Danda today before the press conference.

Prachanda-Madhav faction claims that the two phases of the protest was successful and that the House of Representatives would be restored, as the regression has been pushed back.