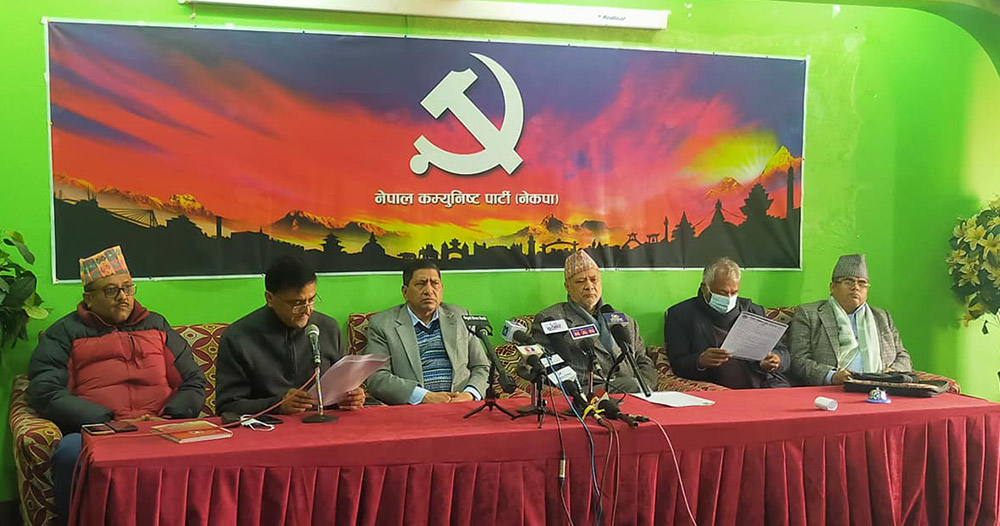 KATHMANDU: The Prachanda-Madhav faction of the Communist Party of Nepal, which is against the dissolution of the House of Representatives, has announced its programs of the third phase of protests.

Various activities have been announced in a program made public by holding a press conference at Paris Danda on Sunday, including Tundikhel of Kathmandu to be surrounded by a human chain.

The Central Struggle Committee has made public the programs of the struggle from 18th February to 5th March.

Here are the programs of the movement:

– 19th February: Programs in all wards

– 20th February: Extensive interaction in the presence of political parties, civil society and the intellectual community

– 21st February: Nationwide demonstration against violence against women and rape

– 22nd February: Demonstration by Dalits in every district of Kathmandu Valley