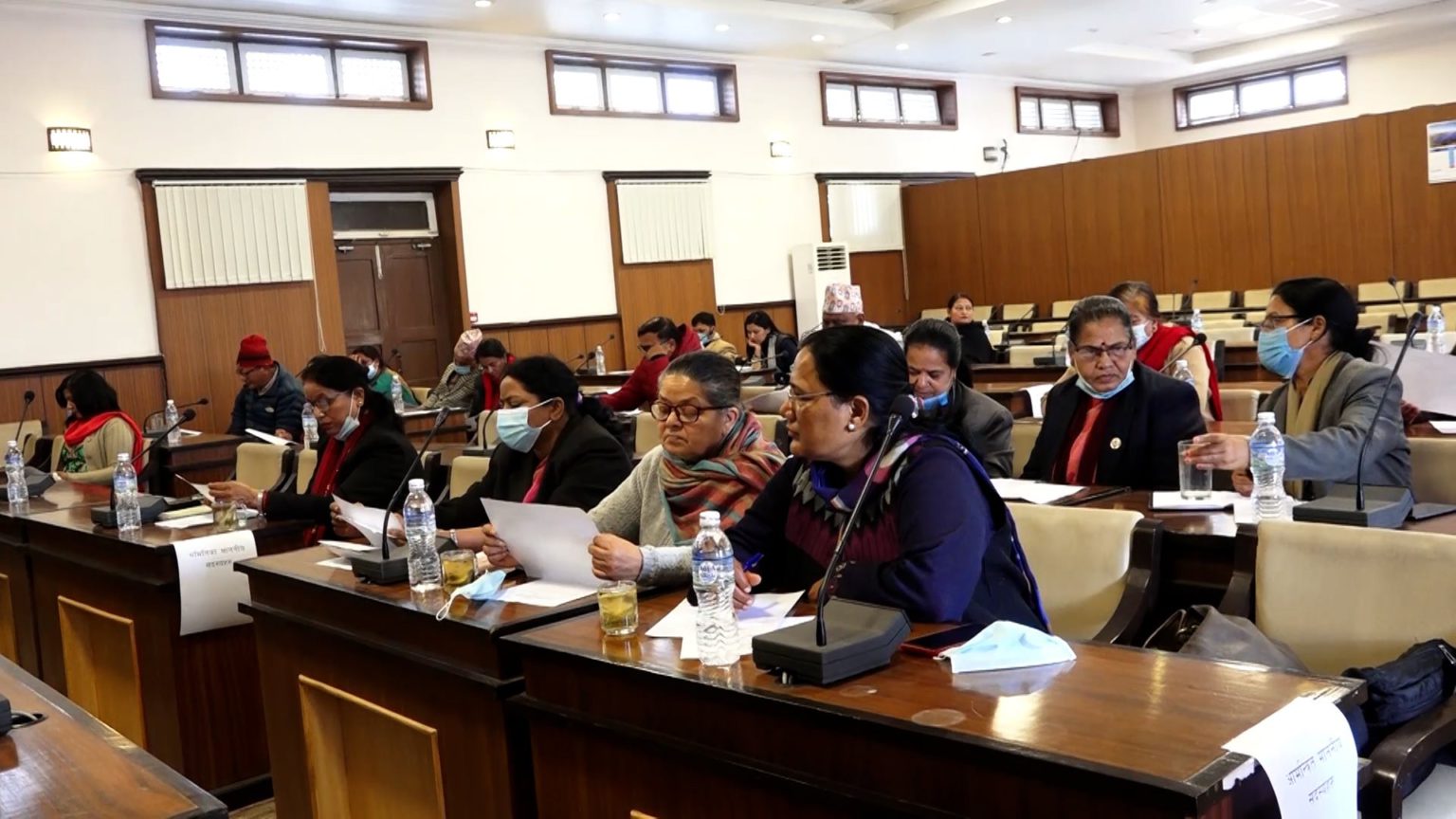 KATHMANDU: Stakeholders have stressed on the need to formulate strict laws against gender based violence and implement them effectively.

Speaking at an interaction with campaigners against gender-based violence organized by the National Affairs and Coordination Committee under the Federal Parliament National Assembly on Sunday, the stakeholders stressed on the need to enact strict laws saying that the incidents of gender-based violence are increasing day by day.

They also demanded the strengthening of the implementation side as the implementation of the existing laws is weak. National Assembly Member Pramila Kumari said that the incidents of human trafficking, inhumane treatment in the name of ‘witches’ and on the pretext of dowry are still continuing.

She pointed out the need for severe punishment for the perpetrators of such crimes against women under various contexts.

She stressed on the need for life imprisonment for rapists and action to be taken against internal reconciliation within the community in criminal cases and the police administration for refusing to register related complaints.

Sita Poudel, Central Member of the All Nepal Women’s Association, pointed out the need to form a family court to look into domestic violence against women.

She said that if there was a separate court for women, it would be easier for them to voice their grievances.

Chairman of the Federation of Socialist Trade Unions, Lal Dhwaj Nemwang, stated that strong legislation is necessary. He said that despite the law, implementation is weak and attention should be paid to this. He also stressed on the need for a separate court for women.

The parliamentary committee has discussed the issue with the stakeholders as daily demonstrations are taking place in Kathmandu saying that security of women has weakened due to the increasing incidents of rape and murder of girls and young women in different parts of the country.