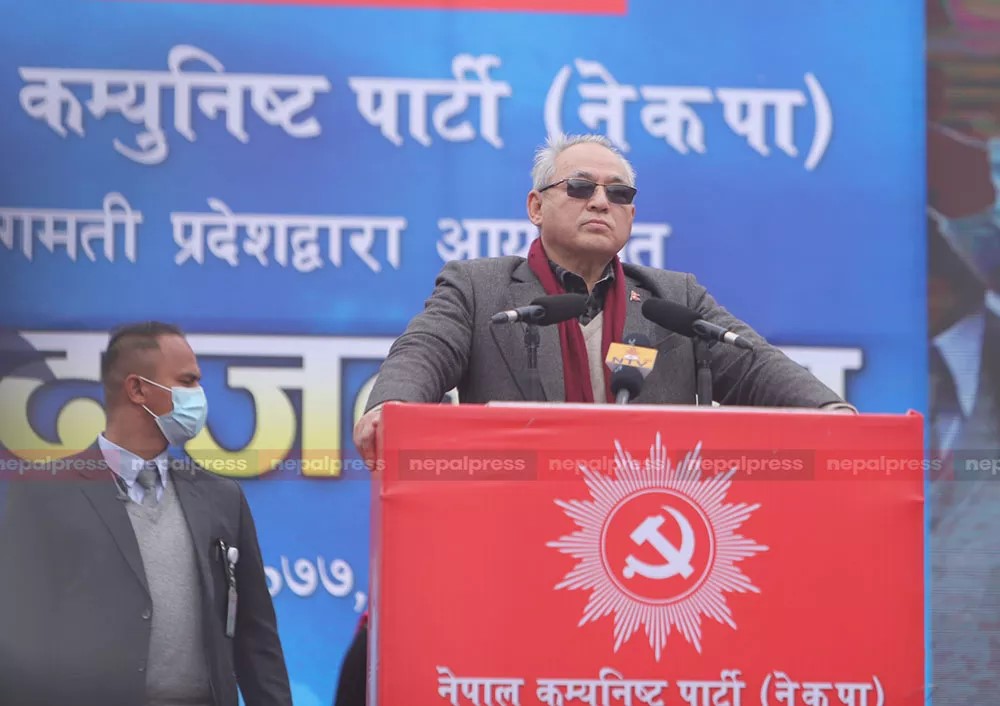 KATHMANDU: Home Minister Ram Bahadur Thapa ‘Badal’ said that the reactionary class could put up armed resistance while trying to complete the socialist revolution under the leadership of the CPN.

At a program organized by the All Nepal Trade Union Federation (ANTUF) in Kathmandu on Saturday on the occasion of the 26th anniversary of the Maoist People’s War, Home Minister Badal said that the government should suppress armed resistance against the socialist revolution.

He said – “Today, people have handed over the leadership of the country to the CPN and have also given the responsibility of carrying out socialist revolution. Thus, we do not need to practice such in armed forms. But if the reactionaries put up armed resistance, we have the army, we have the police. Armed repression has to be done in this case.”

Stating that the socialist revolution will move forward peacefully under the leadership of the CPN, he said that reactionaries should be aware of possible armed conflict.

The Home Minister said, “At some stage, a situation of armed conflict may arise. We have to prepare ourselves and be vigilant.”