Celebrities and their ‘Love Affairs’ 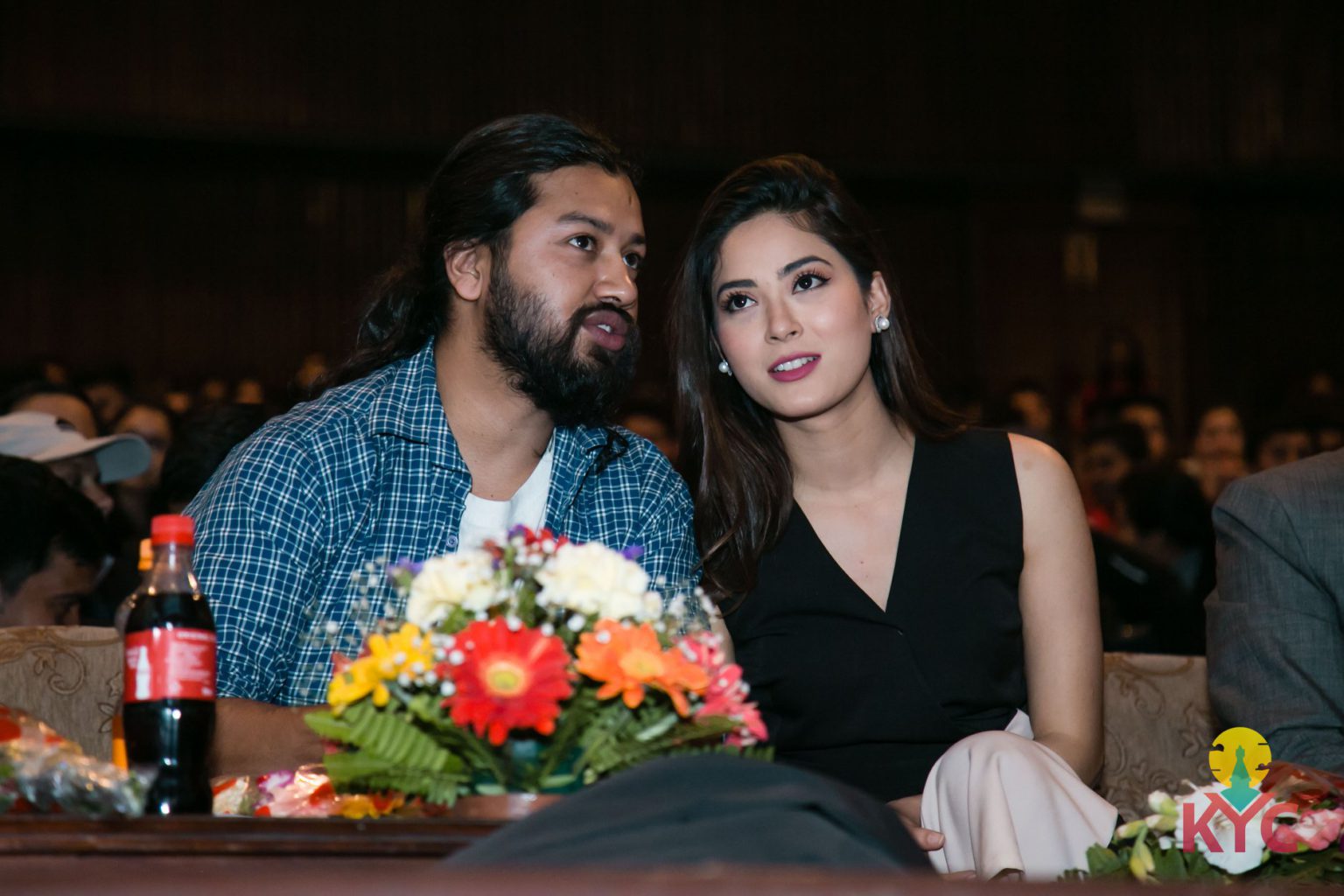 KATHMANDU: The private life of a celebrity is not always private. Events ranging from love to marriage and divorce becomes spicy news for the media and for readers.

Some celebrities present themselves as an open book. They make their personal life public. But many celebrities avoid the media to not let their private affairs be public. The most talked-about topic in a celebrity’s personal life is love.

Celebrity falling in love becomes ‘breaking news’ for the media. Sometimes,such news keeps coming, even in the form of gossip.

Many celebrities working in the entertainment sector of Nepal are married. While most unmarried people are in love, few celebrities are single. Not all those who are in love have publicly acknowledged their love. Accordingly, celebrity affairs are categorizedas official and unofficial.

Celebrities who are in  love

Actor Saugat Malla and former Miss Nepal and actress Shrishti Shrestha have been in a relationship for some years.

The couple, who are living together, are preparing for their wedding next year. They have also shared screens in some films. It is rare to see them attending public events together. As Saugat Malla is of reserved nature, they have not publicly displayed their love.

Legendary singer Anju Pant and  Thir Koirala are in love. The news that they are going to get married next year has become public.

After the marriage was discussed in the media, a few days ago, the two  openly accepted their love. This will be Anju’s second marriage. After divorcing Manoj Raj, Anju was single for a long time. Manoj and Anju have a daughter.

Anju met Thir in a program on Nepal Television six years ago. Thir, who lives in Itahari, currently runs an NGO. He is a former journalist.

Former Miss Nepal Shrinkhala Khatiwada and  Youtube Vlogger Sisan Baniya have been dating for some time. They are found expressing their love through various means. In particular, many TikTok video footage reflects their closeness.

Shrinkhala Khatiwada won the “Beauty with Purpose” award while representing Nepal in Miss world. The video for Beauty with Purpose was shot by Sisan Baniya featuring Shrinkhala and her work. It is believed that the couple fell in love during that time.

However, both Shrinkhala and the Sisan do not wish to open up about their relationship to the media. They avoid such questions stating that it is their personal matter.

Actress Nita Dhungana and  actor and astrologer Harihar Adhikari are in love. The couple has been dating for several years.

Nita was previously dating Amesh Bhandari. After being separated from Amesh, Nita is now dating  Harihar. Influenced from Harihar , she has started leaning towards spirituality. She has even recorded a psalm. Nita’s film career is stable.

Harihar is well acquainted with the genre of astrology. He became the protagonist in the self-produced film ‘Shubhalav’. However, his career has not progressed since then.

Namrata  Shrestha claims to be in love with Steven Sherpa. They have been dating openly for the past few years.

It is said that they are preparing for marriage. Dawa is a tourism entrepreneur. The couple has also toured the tourist area of ​​Nepal and abroad. Namrata also takes Dawa with her to award functions and other film events in Nepal. Born to a Nepali father and a Belgian mother, Dawa has even climbed Mt. Everest. According to a news report, he can speak five languages ​​including Nepali, Hindi, English, Dutch and German.

Actors Sabin Shrestha and Anu Shah Prem are also frequently discussed in the media. They have been in love for a long time but they made  public confession only   year ago.

Sabin and Anu met seven years ago during a photoshoot. After that, while working together in some films, they fell in love. There were rumours that they got married once, but it was not confirmed.

On social media, Anu expressed her love by posting pictures with Sabin. She has even got Sabin’s name tattooed on her neck. They are expected to get married soon. Their film careers have not been able to pick up speed.

Former Miss Nepal and actress Malina Joshi is in love with Sushant Pradhan. Sushant is a bodybuilder. They have been in love for three years. Sources say that they are preparing to tie the knot soon.

Malina had earlier had an affair with actor Anup Bikram Shahi. They had worked together in some films. Malina became close to Sushant after the breakup. Malina has been sharing photos of herself with Sushant on Instagram.

Actor Salin Man Baniya and model Asprina Shrestha are openly dating. They are also expressing their love by sharing each other’s pictures on social media.

Former Miss Nepal Asmi is in a relationship with the Indian singer Sanam Puri. They are openly dating.

Actress Anna Sharma has been dating Sonam Chhiring Sherpa for five years. Sonam is the youngest son of the late tourism entrepreneur and owner of Yeti Airlines, Aang Chiring Sherpa.

Actress Benisha Hamal and filmmaker Raunak Vikram Kandel are also in love. Kabaddi filmmakers Kandel and Benisha are both from Chitwan

Superstar hero Anmol KC rarely comes into the discussion about his love affair. He is of reserved nature and does not open up to the media on such issues. So his love life is a subject of curiosity for fans.

Some time ago, rumuor suggested  that actress Sara was dating Anmol. They were close to each other. But now it is said that they are no longer together.

According to sources, Anmol is currently dating Agya Karanjit. She is also one of the top three selected actresses for Anmol’s upcoming film ‘Paras’. 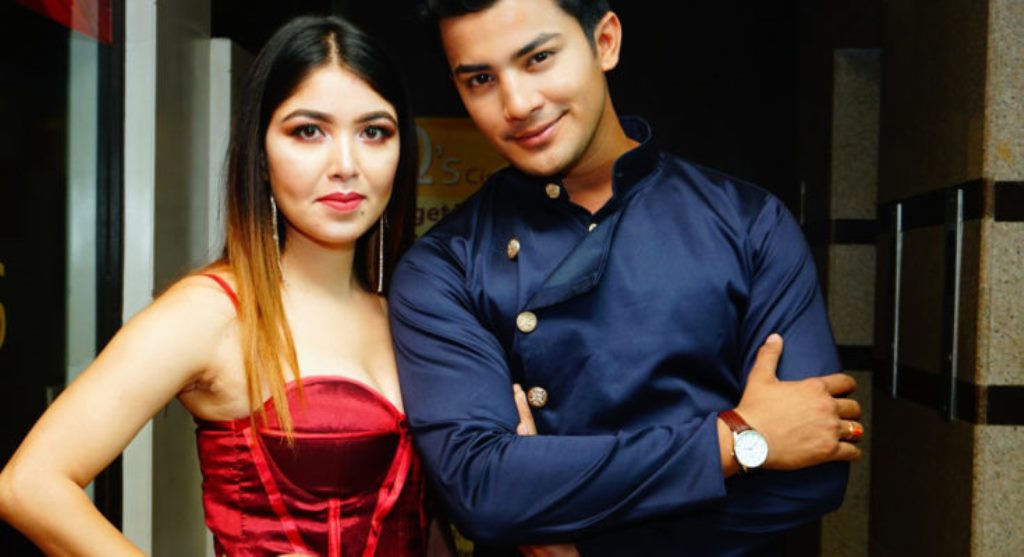 The closeness between actress Pooja Sharma and actor Akash Shrestha is growing. Although many have speculated that they are in love, both of them have not accepted it.

Puja made Akash lead in the film Ram Kahani. That is where their closeness began.

Puja Entered Nepali movie industry after getting her first break in his film.Since then, he made Puja actress in all of  his films. But now  Puja is close to Akash. However, some say that Puja is now dating Akash and Sudarshan at the same time.

The love life of Keki Adhikari is also a matter of curiosity for the viewers. Although her name has been linked with Arjan Pandey recently, both of them have not accepted it.

Keki and Arjun’s closeness is reflected in some of their TikTok Videos. The affair started after they were seen together in some public events. Arjun Pandey is a model.

Actor Pal Shah is said to be having an affair with music video model Garima Sharma. However, they have not disclosed anything in this regard. Their close friends reveal that they are in love.

Pal Shah’s name was associated with Aanchal Sharma in the past. Although the talk of love between them had been going on for a long time, both of them have  not accepted it.

Paul met Garima while acting in a music video. Garima is a beautiful woman. Paul and Garima are playing back-to-back music videos together. They both said in an interview that they feel their chemistry matches on screen.

Actor Pradip Khadka and his co-star Christina Gurung are said to be in an affair. Both of them are a co-stars of the upcoming film ‘Prem Geet 3’. However, some have claimed that these affair gossip  are for the promotion of the film.