Competition in rallies and protests: How do parties raise funds? 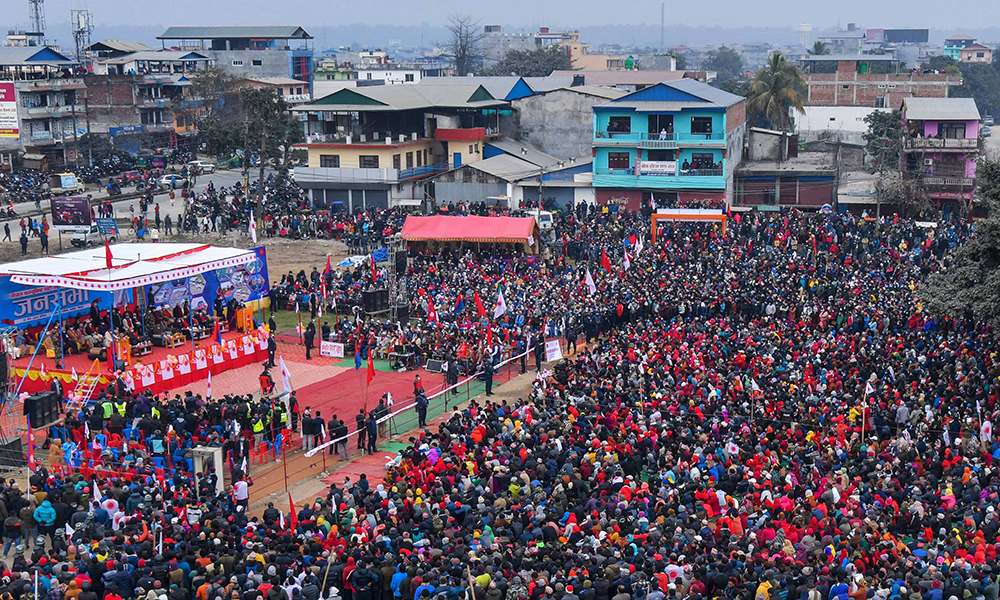 After the dissolution of the House of Representatives by the Prime Minister and Chairman of the Communist Party of Nepal (CPN) KP Sharma Oli, programs of support and protest are becoming costlier. It has cost a lot to bring cadres to large assembly conferences.

CPN-Oli supporters, Prachanda-Madhav faction and Nepali Congress are holding protests and support programs at district, state and central levels. In these programs, huge expenses have been incurred for transporting activists from far and wide, preparing the stage, making flags, microphones, water, stationery, food and publicity.

A bus from Chitwan to Kathmandu costs around Rs 25,000. Leaders and cadres have to spend a lot of money on food, water and water on the way. Similar flags and banners are also being spent. Pariyar said that parties used to raise funds by collecting funds from leaders and cadres. According to him, some cadres have been managing the expenses themselves.

The CPN-Oli faction organized a public meeting in the district on 30th January in the presence of Prime Minister Oli. Around 100 buses were used to transport the cadres from different parts of the district. The same party had taken a large number of cadres from there to Kathmandu on February 5. Local leader Ishwori Pandit informed that the cadres were taken in four buses from Bharatpur Metropolitan City-11 alone.

There are 98 wards in seven local levels of the district. Most of the cadres from all the wards had gone to the meeting. According to Pandit, a bus was paid Rs. 21,000 as round trip fare. Although some of the cadres ate lunch at their own expense, some were provided with lunch. Parvati Rawal, Central Member of the party and Coordinator of the district party office, says that the exact number of vehicles from the district to Kathmandu is yet to be ascertained.

Shrestha says that a lot of money is spent on flags, microphones, other publicity, stage etc. in all these programs. According to him, a program at the district level costs from one lakh to two lakh rupees. In such programs, the cadres have been brought to the bus by mobilizing support from the ward level.

The leader says that even if there is no audit of expenditure, it is very expensive. All parties have been cooperating with nearby industrialists. Even though donations have not been raised outside, they are managing the expenses internally. Raju Shrestha, President of FNCCI Chitwan, says that he has not solicited donations institutionally.

Raju Poudel, President of Chitwan Association of Industries, said that he had solicited voluntary donations from industrialists close to the party. He said, “I have been told that the party closest to me should help, I will give as much as I can. Everyone does the same. ‘Even though it seems normal, millions of rupees are being spent on such programs. The district leaders who manage expenses face difficulties.