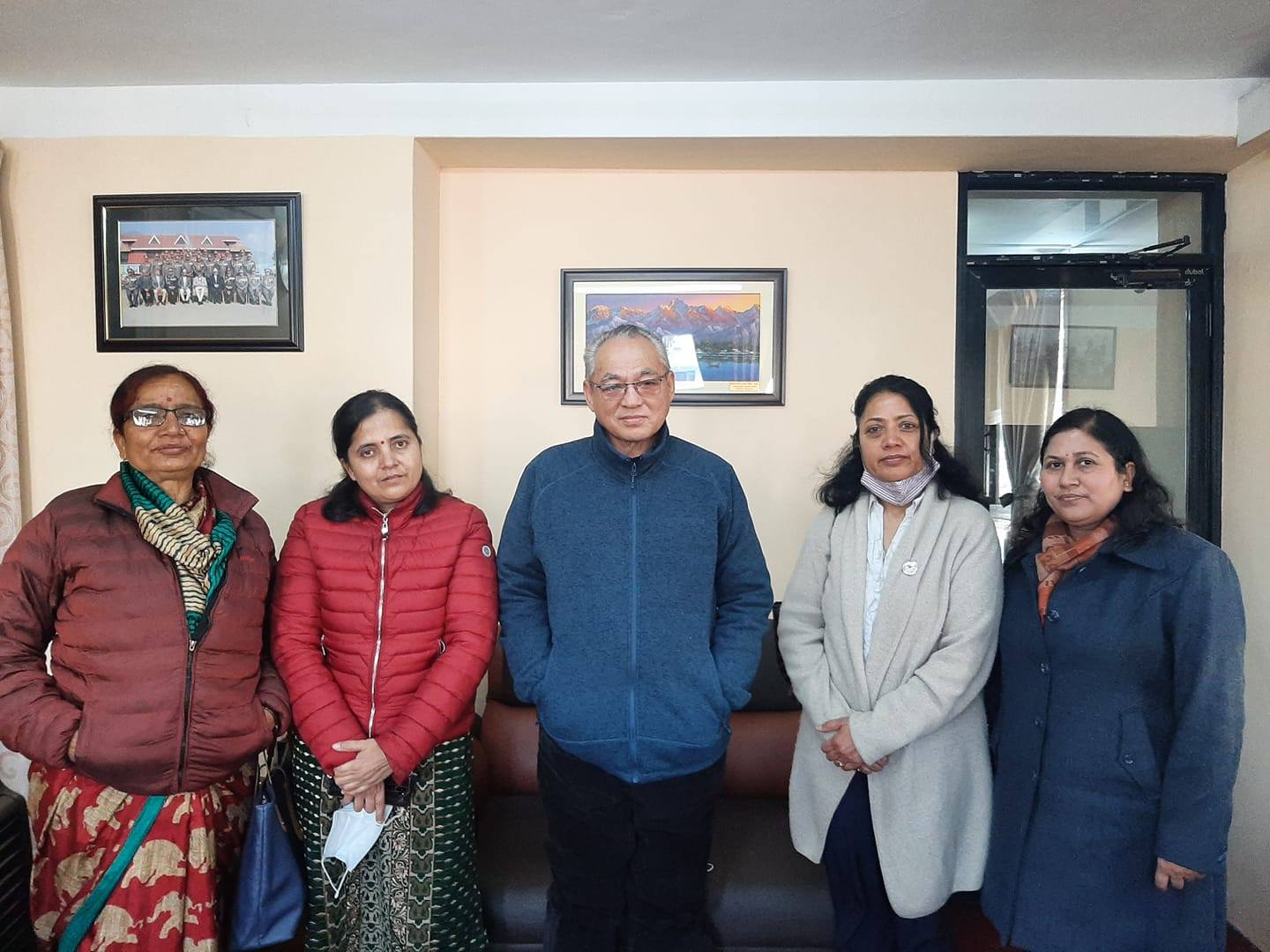 KATHMANDU: Women leaders of the ruling CPN have called on Home Minister Ram Bahadur Thapa ‘Badal’ to provide justice to the family of Bhagirathi Bhatta, a teenager who was murdered after being raped in India, and to bring the perpetrators to justice.

National Assembly member Dr. Bimala Rai Poudel, Parvati Rawal, Udaya Sharma and member of the dissolved House of Representatives Bidhya Bhattarai met the Home Minister on Monday  MP Rai said that they have drawn the attention of the Home Minister to find the killer and punish him severely and provide relief and compensation to the family.

The women leaders have also called for tightening security to prevent a recurrence of such incidents. During the meeting, Home Minister Thapa assured that there would be no shortcomings in the investigation and strict action would be taken against the culprits. He said that immediate relief would be provided to the victim’s family.

It is suspected that Bhagirathi Bhatta, a teenager from Dogadakedar village of Baitadi was raped and killed on January 6. Police have intensified the investigation.