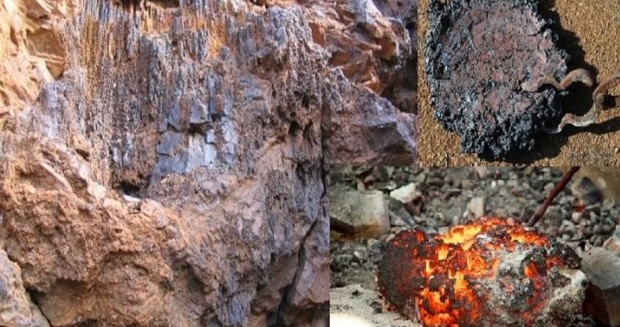 KATHMANDU: It has been almost two years since the Dhauwadi Iron Company started its work with the plan to produce iron in Nepal from the iron mine in East Nawalparasi. The Council of Ministers had decided to establish an iron processing industry in Nepal on August 19, 2008.

It will take three years to produce iron commercially in Dhauwadi. After three years, Nepalis will be able to use iron produced in Nepal.

The Dhauwadi Iron Company has started the work of finding real iron storage in the iron mine in East Nawalparasi. He said that 1300 meters deep drilling is being done around the mine to find iron deposits.

An agreement was reached with ITECO ICGS Company of Nepal on 1st December to study iron. The company will submit a proposal to the Dhauwadi Iron Company on the storage of iron in the mine.

After this is received, a new proposal will be made by combining the proposal that came from China three months ago about the production of iron from mines. After the new proposal is prepared, the work of commercial production from the mine will move forward.

“We have received reports that iron ore can be produced from mines,” Baskota said. “However, it will take three years to produce commercially.”

As it is a government company, all its works should be done under the Public Procurement Regulations. Baskota said it would take three years for commercial production as information had to be extracted as per the rules and proceeded accordingly.

Preliminary studies have shown that 100 million tons of iron was found in the mine. According to the study, it will meet demands of the next 40 years if excavated at the rate of 1500 tons per day.

However, either less or more can be excavated if it is done through drilling. Therefore, if the proposal shows that there is a lot of iron in the mine, it will be possible to produce iron commercially.

The study will clarify if the iron ores produced from mines are more expensive than those from India and whether it can compete with India.

Dhauwadi Iron Company has decided to set up two industries. One industry will process iron ore of 36 percent, making it 55 percent. Director Baskota said that a new factory will be opened to manufacture iron after being 55 percent processed.

A total of 36 percent iron has been discovered in the mine found in Dhauwadi. To produce iron industrially, at least 55 percent of the mine must be iron.

Therefore, Dhauwadi Iron Company has decided to set up two industries. One industry will process iron ore from 36 percent to 55 percent. After reaching 55 percent, another factory will have to be opened to manufacture iron.

The Detailed Project Report (DPR) of the mine will be prepared after the feasibility study report is received. After that, commercial production of iron will begin, according to Baskota.