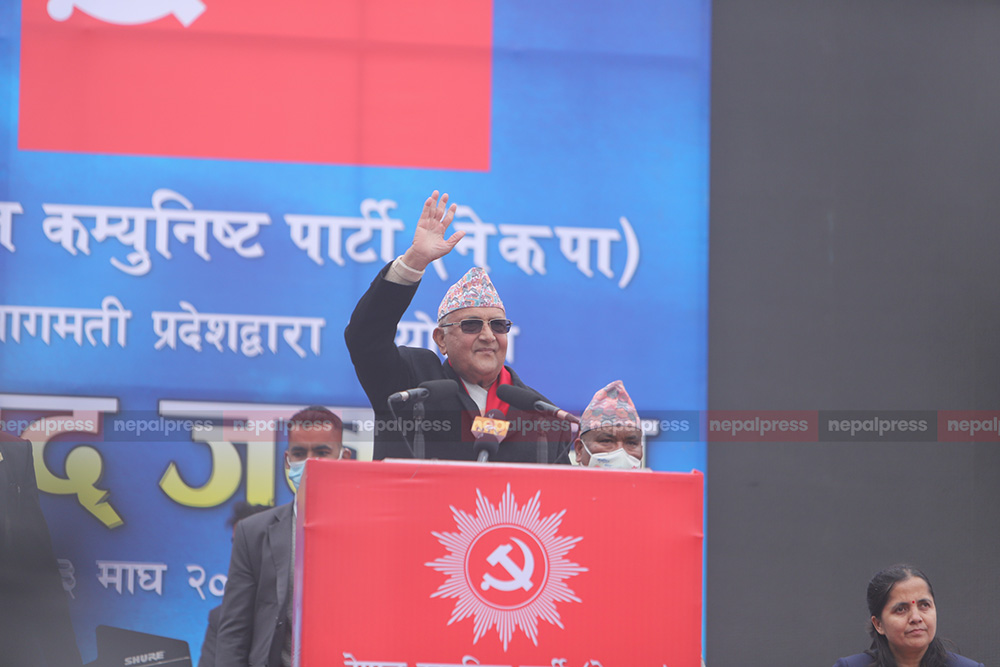 PM Oli chanted slogans in favour of the election at a public meeting organized by the Oli faction of the Communist Party of Nepal.

‘All of you Kathmanduites, say in unison, instability or elections?’ Oli asked. The crowd answered elections